Recurrent high fevers in children are always worrying, but by studying patient cells, immunologist Lori Broderick hopes to reveal the underlying causes of these disorders.

Children get fevers all the time from bacteria and viruses that their relatively naive immune systems encounter as they play in the dirt and run around the playground. But the kinds of pediatric fevers Lori Broderick, an immunologist at the University of California, San Diego, studies are not caused by infections. Parents bring their kids to Broderick when they’ve ruled every other cause out.

Broderick treats children with ultra-rare immune disorders and investigates the disorders’ underlying genetic and molecular drivers. She is particularly interested in the ultra-rare periodic fever, aphthous stomatitis, pharyngitis, and adenitis (PFAPA) syndrome, which was first identified in 1987.

Children with PFAPA experience monthly, scarily high fevers of 105-106°F for three to five days at a time. They also have mouth sores, a sore throat, and enlarged lymph nodes. The fevers happen at the same time every month, but scientists and clinicians have no idea why. By developing in vitro cell culture models from patient samples, Broderick hopes to better understand these recurrent fever disorders and to find the best treatments for each of her young patients.

How did you become interested in ultra-rare fever disorders in children?

When I was a resident in pediatrics, I saw a patient who was ultimately diagnosed with PFAPA syndrome. I'd never heard of the syndrome before. It wasn't something that had been taught in medical school. The patient had about a three-year history of monthly fevers. I remember his mom pulling out a calendar. She had her own menstrual cycle written in red pen and her child's fevers in a blue pen. That's how well she could track it. She was at her wits' end because this happened every month. Because she knew when the fevers were coming, people had even raised concerns that she might be causing the fevers somehow. 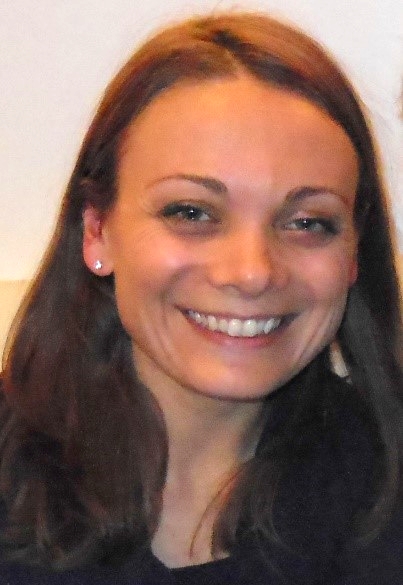 At the time, clinicians suggested that taking the child’s tonsils out might help him get better. Afterwards, I asked my attending physician why that works, and very dramatically he said, "Nobody knows!" And I just remember thinking, "That's silly. Why don't they just look at the tonsils?”

Coming from a PhD program in non-small cell lung cancer, I knew that to understand the tumor microenvironment, we had to get chunks of human tissue, so collecting tonsils didn't seem like a crazy idea to me. Once we take tissue for pathology and histologic studies as part of a diagnosis, the rest of it gets thrown away, so I thought that this was a missed opportunity to learn more about the syndrome.

How did you get started studying PFAPA?

During my residency, I wrote an Institutional Review Board (IRB) protocol and started collecting samples from patients with recurrent fevers. I wanted to see if I could figure out any patterns. Those initial studies showed our team how effective tonsillectomy could be. Those findings led to the development of the Recurrent Fever Disorders Clinic at Rady Children’s Hospital. With the fever clinic, we created a medical home to bring these rare patients together. I wanted my initial studies to be fairly long-term so that even before publishing a study, I could share preliminary results with a parent and tell them, “Yes, I've seen this 200 times before. You're not crazy. This is a real disease. It's not just a virus, and here are the ways we can help you.”

Being able to figure out what causes those fevers and how we can help is really the most exciting thing. I had a parent tell me once that the tonsillectomy was life-changing for their family, and I don't think there’s better feedback than that.

What’s going on with the immune system in children with PFAPA?

We don't completely understand what's happening and why tonsillectomy works. It seems like there's an inflammatory process that takes place in the tonsils. We see elevated cytokine markers in the tonsils and not in the peripheral blood of these patients. But on a gross scale, tonsils from PFAPA patients also feel very different. When I get the tonsils from the pathologist, they completely fall apart. I wonder if the tissue constantly goes through a proinflammatory process where cells die and release danger signals that further drive fevers. In other diseases that cause tonsillar inflammation and require tonsillectomy, the tonsils are not so friable; they are just swollen.

Why are the fevers cyclical?

That's the million-dollar question. There are a few hypotheses that we're working on. If we analyze the tonsil microbiome from patients with PFAPA versus patients who have recurrent strep throat, there is a microbial difference. One of the 700 different types of bacteria in the tonsils may take over, disrupting the microbiome enough to make the tonsils more susceptible to inflammation. There's also some dental literature suggesting that when the oral mucosa gets disrupted, there's an inherent cycling of IL-1, a pro-inflammatory cytokine, and PFAPA seems to be an IL-1 driven process. The genes and pathways that control menstrual cycles have not come up in PFAPA gene screening. The fever cycles are probably related to the hypothalamus, which is what controls body temperature, but that's an unexplored area.

What are the current treatments for PFAPA?

In our practice, we've had greater than 97% success with tonsillectomy. Another treatment is the steroid prednisone, but we’ve seen that in about 40% of kids, using prednisone for repeated fever cycles can cause the cycles to move closer together. A four-week cycle might drop to a three-week cycle and then to a two-week cycle, and then suddenly, the child is taking a lot of steroid. That's not necessarily benign.

There are also some daily treatments: Cimetidine, a GI drug; Montelukast, which is used for asthma and allergies; and the most popular one is Colchicine, which is the drug of choice for Familial Mediterranean Fever, a related cyclical fever disorder. These therapies must be given every day, so we need to work with parents to find what will work for the family.

How are you investigating the molecular mechanisms driving PFAPA and other recurrent fever disorders?

I would love to figure out what causes the monthly cycle. I think that a lot of the answers can be found in patient tonsil samples. We've gotten into pluripotent stem cell work and are differentiating cells from patients to make cell lines unique to that patient. By making in vitro cell culture systems, we can start to identify the pathways affected in PFAPA. For example, we can see which pathways are up- or down-regulated and how they respond to different stimuli. In vitro systems also give us a way to test new drug compounds. We hope to identify and test new treatments that don’t have to be used every day, or to find therapies that could be used on-demand.

Those preclinical models are really what I love working on and are what can lead to new treatments. When I hear an unusual story about a patient and I can tell that there’s a targetable pathway there, my goal is really to keep an open mind so that I can try to identify as many rare immune diseases as possible and really get the best treatment to every patient — not every treatment, but the best treatment.