With no available treatments for mitochondrial disease, personalized symptom management is the primary therapy. However, recent technological advancements in mitochondrial genome editing give hope that therapies are within reach.

A single human cell has only one nucleus, but it can house hundreds of mitochondria. Each mitochondrion contains numerous copies of circular mtDNA that are continuously replicated. This adds up to nearly 1000 copies of mtDNA per cell. In a given cell, pathogenic mutant mtDNA often coexists with normal mtDNA in a state referred to as heteroplasmy. The presence of mutated mtDNA by itself doesn’t cause disease, but results from unfavorable ratios of mutant to normal mtDNA. Once the number of mutant mtDNA copies surpasses a certain threshold and outnumbers the normal mtDNA, clinical symptoms emerge.

This sliding scale of heteroplasmy and pathogenicity raises an interesting clinical possibility when it comes to designing effective therapies for mitochondrial diseases. “You really don't have to eliminate mutant mitochondrial DNA completely,” said Carlos Moraes, a mitochondrial biologist at the University of Miami Miller School of Medicine. “You can just reduce it by 20 or 30 percent, sometimes even less, and have a very dramatic phenotypic difference.”

Reducing mutant mtDNA is no easy feat, but techniques are constantly improving. Despite the remarkable advancements seen in nuclear genome engineering using CRISPR-Cas9 technology, its use in mitochondria is controversial (1). This has led researchers to pursue alternative approaches. 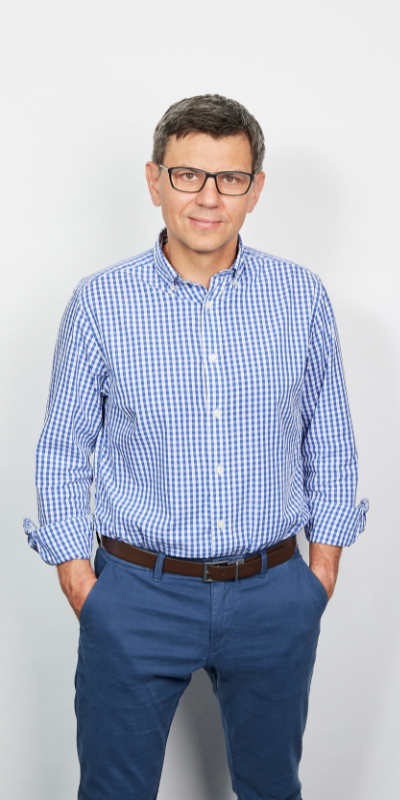 One reason for an overabundance of mtDNA in a cell is the absence of a good damage repair system. Unlike nuclear DNA, mtDNA lacks a reliable repair mechanism for double-strand breaks. “The general rule is that if there's a double-strand break, the cell prefers to degrade this molecule rather than trying to repair it,” said Michal Minczuk, a mitochondrial biologist at the University of Cambridge.

In 2001, Moraes and his colleagues described their design for a plasmid containing an mtRE (2).   They tested their system in cultured cells that had a mix of normal mtDNA and mutated mtDNA engineered to express the specific nucleotide sequence targeted by their mtRE plasmid. In this proof-of-concept study, they noticed an increase in normal mtDNA, suggesting that mtREs eliminated mutant mtDNA and shifted heteroplasmy. In a 2005 follow-up study, the same group demonstrated mtREs in a mouse model with two non-pathogenic mtDNA genotypes (3).

Since then, mtREs have provided valuable insights into how to shift heteroplasmy and how mtDNA degrades after treatment (4), but the approach relies on naturally-occurring restriction endonucleases that target specific sites in mtDNA; the chance that mtREs target a unique pathogenic mutation are slim. “We knew that the mtRE approach was very limited, so we were waiting over the years until DNA editing enzymes started to appear,” said Moraes.

To target disease causing mtDNA mutations, researchers turned to artificial means. In 2008, while he was a postdoctoral fellow at the University of Cambridge, Minczuk and his colleagues tested an artificial restriction enzyme known as a zinc finger nuclease (ZFN), which can be customized to target specific DNA sequences.

They focused on correcting a mutation in a mitochondrial gene that shows up in two maternally-inherited mitochondrial diseases that can’t be targeted by any known mtREs. Minczuk’s team first worked out how to transport their ZFN into mitochondria to create a mitochondrially-targeted zinc finger nuclease (mtZFN) (5).

Then they tested the new tool in cultured cybrid cells, which are cells created by fusing nuclear genes from one cell line with mitochondrial genes of another cell line, allowing them to parse out the contributions of mtDNA in disease (6). When Minczuk and his team applied their mtZFN to the cybrid cells, the mutated mtDNA degraded, providing valuable evidence that programmable endonucleases held promise for targeting unique pathogenic mutations in mtDNA.

Minczuk continued down this road, making additional modifications to his mtZFN system to improve binding specificity and efficiently target point mutations and deletions in mtDNA (7).

Around the same time, Moraes and his colleagues released another programmable endonuclease, mitochondrially-targeted TAL-effector Nucleases (mitoTALENs). They demonstrated their mitoTALENs in 2013 by permanently shifting heteroplasmy in patient-derived cybrid cells with point mutations or deletions (8).

Up until 2016, the only method available for testing these tools against pathogenic mtDNA mutants were heteroplasmic cultured cybrid cells. But this changed when scientists introduced the first mouse model for a heteroplasmic pathogenic mtDNA mutation (9). Using this new mouse model, both Minczuk and Moraes validated their mtZFN and mitoTALEN systems in vivo (10,11).

mt ZFNs and mitoTALENs successfully shift heteroplasmy in vitro and in vivo, but there are still roadblocks for advancing these treatments to the clinic. 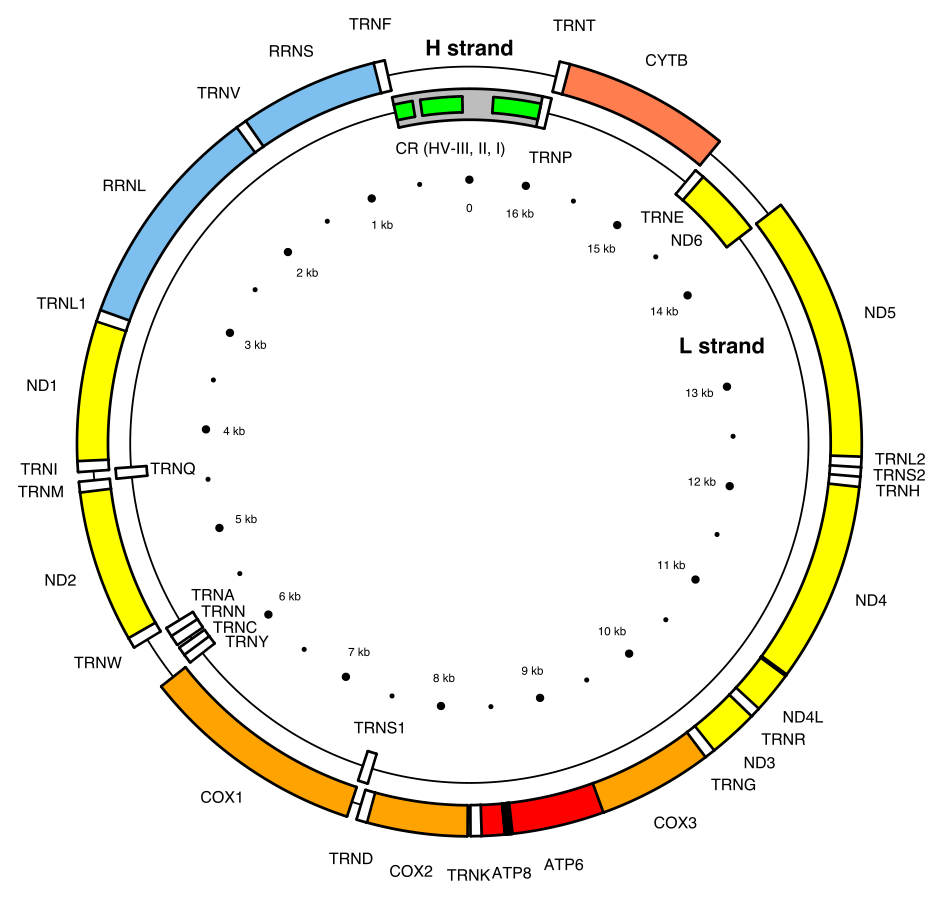 “MitoTALENs are great, and they're very specific, but they have the problem that they're very large proteins,” said Moraes. This makes packing them into small adeno-associated viruses (AAV), commonly used to deliver gene therapies to humans, extremely difficult. To introduce the mitoTALEN to mice, Moraes needed to inject two viruses simultaneously. “If you think of translating it to the clinic, it's cumbersome and expensive already to do with one virus, so you can imagine with two. Over the years, we have been trying to find simpler platforms that retain that kind of specificity.”

Earlier this year, Moraes and his team introduced a new mitochondrially-targeted meganuclease (12). Compared to other nucleases, meganucleases contain a larger recognition site, but are smaller in size, lending to a better fit inside a viral delivery system.

In collaboration with scientists at Precision Biosciences, Moraes developed a new gene editing platform that uses a mitochondrially-targeted I-CreI meganuclease (mitoARCUS) designed against a unique mitochondrial mutation. When the team delivered mitoARCUS into mice with mutated mtDNA, it eliminated mutant mtDNA in the liver. With its compact size and enhanced specificity, the mitoARCUS system is a promising tool for removing mutant mtDNA.

Breakthroughs with base editors

Base editing tools like the popular CRISPR-Cas9 system are attractive to scientists working with mtDNA, but that technology requires customized guide RNAs to direct the enzymes where to cut the DNA. Mitochondria seem to lack the machinery needed to import the single-stranded guide RNA.

In 2020, a groundbreaking study in Nature  introduced a novel, CRISPR-free approach for base editing mtDNA (13). A research group at Harvard University discovered a bacterial toxin they named DddA that can base edit double stranded DNA and enter mitochondria. The researchers used this system to edit human mtDNA genes, successfully converting cytosine to thymine in different locations throughout the genome, showing for the first time that base editing is possible in mitochondria.

Currently, DddA only introduces cytosine to thymine edits, but this new technology holds exciting possibilities for mitochondrial gene correction (14). “This tool will also be very useful in the development of novel mouse models where we will be able to engineer a certain type of mutation by embryo or somatic delivery of base editors,” said Minczuk.