Sævik measures corticosteroid levels in people with Addison’s disease to challenge the pervasive idea that these patients lose all adrenal cortex function as their disease progresses.

Åse Bjorvatn Sævik first learned about Addison’s disease from an endocrinology textbook authored by Eystein Husebye, a renowned Addison’s disease researcher from the University of Bergen in Norway. Fascinated, she connected with Husebye and joined his lab when he offered her a research project she found too exciting to refuse.

In Addison’s disease, a patient’s immune cells damage the adrenal gland. The prevailing assumption at the time was that Addison’s disease patients would lose the ability to produce corticosteroids. But some patients manage well with the disease, while others can barely function. Husebye and Sævik thought the difference may be in the severity of adrenal cortex damage. 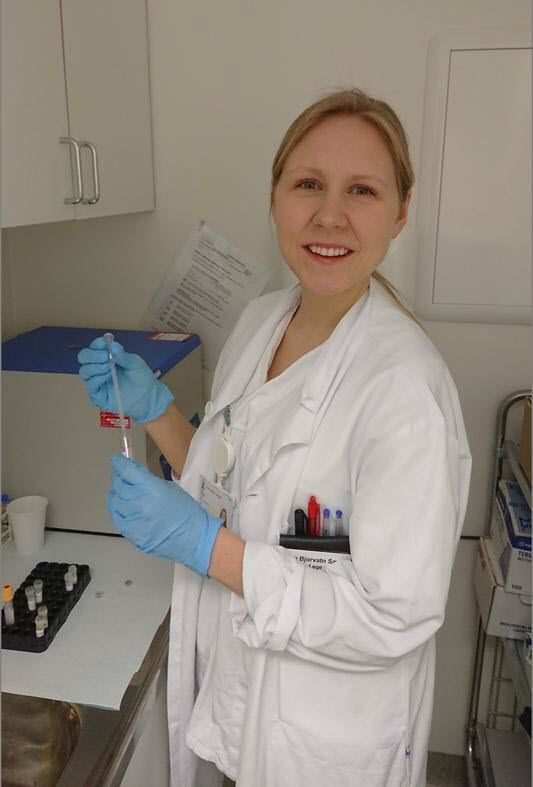 What led you to do a clinical trial to test if patients could still produce corticosteroids?

How do you explore adrenal cortical function?

We have access to some of the world’s largest Addison’s disease registries in Norway and Sweden, which we used to recruit 192 patients. We also have access to liquid chromatography mass spectrometry, which is a very sensitive method for detecting steroids. This enabled us to detect hormones at a lower level than in the past. We thought this method might be too sensitive, so we reported that a patient had residual adrenal cortical function if both cortisol and its precursor aldosterone were present.

We expected 10% of patients to have residual function, but we were surprised to find that almost 1/3 of the patients did. Since we published our results last year, there have been several smaller studies showing the same result.

What are you doing now to build on your results?

We did not find any statistically significant associations with severity of disease and residual adrenal cortical function. Even though we had 192 participants, I don’t think that was a large enough sample size. Additionally, the patients reported their frequency of adrenal crises, and we only knew if they had experienced a crisis in the past year. This was probably not robust enough.

We need a prospective study starting with newly diagnosed patients. We’re hoping to test hormone levels in routine follow ups so we can see how the disease progresses over the years in different patients. We also have an ongoing study on the use of stem cell therapies in these patients. We think that patients with residual function may be ideal candidates for stem cell therapy, but we’re still at the preclinical stage.

If some patients still produce corticosteroids, what does this mean for them?

We did a stimulation test to diagnose adrenal insufficiency. We injected the patients with the hormone cosyntroponin to stimulate cortisol production. In healthy individuals, we saw a significant increase in cortisol levels about thirty minutes after injection. Those with adrenal insufficiency had no cortisol in their system, so they were unable to respond.

We were surprised to see that patients with residual function had cortisol in their system. Although there was no significant increase in levels after stimulation, the presence of cortisol suggests that there is at least some residual stimulatory potential in the adrenal cortex in patients with residual function. That gives me hope because it suggests there may be a greater stimulatory potential in patients with a higher baseline level of cortisol. There may be hope for restoring adrenal cortical function. Even though we have been unable to show a clinical benefit just yet, knowing that patients may have some residual adrenal cortical function is a symbol of hope. There is something here to study.