The patchwork of new skin that closes an animal’s open sore might seem like the product of the immune system working alone, but researchers found that bacteria are crucial players in skin regeneration. A paper published in Cell Host & Microbe reports that many species of bacteria contribute to regenerating skin tissue through IL-1β signaling, and that topical antibiotics likely prevent this mechanism from working by destroying the bacteria that would otherwise help heal skin.

Animals have the same DNA in every cell, but while some animals like salamanders tap into their genes to regrow lost limbs, most animals don’t. “It’s in your genes whether you can regenerate,” said Luis Garza, a dermatologist at Johns Hopkins University and senior author of the study. “But we were curious: are there environmental things that can impact regeneration?”

Based on previous evidence that the microbiome plays key roles in regenerating tissues in the intestines, Garza’s team bred a generation of mice and exposed them to enough antibiotics to clear their skin of bacteria. The researchers then gave these germ-free mice large wounds on their backs and watched how quickly and effectively they healed. 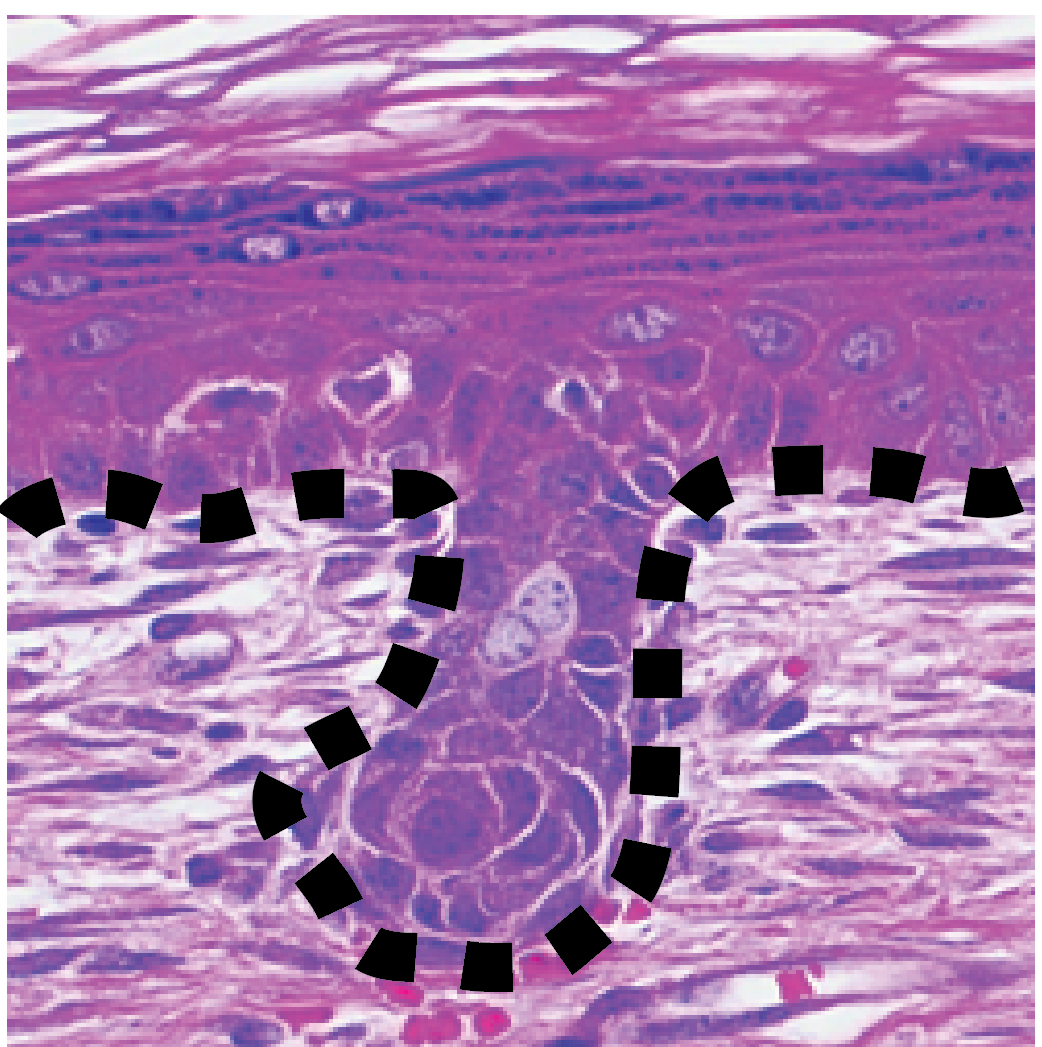 Instead of patching a wound completely, cells at the center of large wounds burrow deep, triggering a flurry of regeneration that creates hair follicles and sebaceous glands. But bacteria-free mice in Garza’s study regenerated fewer hair follicles and glands than mice with bacteria on their skin.
CREDIT: Gaofeng Wang

Compared with mice that had bacteria on their skin, the wounds on the germ-free mice healed slower and produced fewer mini-organs such as hair follicles and sebaceous glands typically seen with large wound regeneration.

Using the same protocol, Garza’s team added bacterial species one-by-one to the backs of other germ-free mice before wounding them and, to their surprise, found that most species of bacteria associated with quicker wound healing.

“It could be that there’s some bacteria that work better than others, but right now, all we know is that most bacteria can stimulate that skin regeneration,” said Garza.

Maksim Plikus, a skin biologist from the University of California, Irvine who was not involved in the study, pointed out that the researchers tested both normal and pathogenic bacteria in their mouse models of wound healing.

“If you don’t trigger your immune system with bacteria, you actually don’t launch the regeneration,” he added. “It doesn’t need to be what we typically call good bacteria, but just exposure to bacteria is important because this tells the immune system something, and this triggers certain downstream events that culminate with regeneration of new hairs.”

“The bottom line of this work is that yes, bacteria are good to a degree, and if you want regeneration to occur in mouse wounds, you need bacteria,” Plikus said.

With the knowledge that bacteria influence wound regeneration, Garza’s team wondered about the common use of an antibiotic ointment, Neosporin, to treat wounds. They gave small skin wounds to human participants and applied Vaseline or Neosporin.

The people who applied Vaseline healed faster than those who applied Neosporin to their wounds. This suggests that Neosporin kills the bacteria and makes the wounds heal slower, Garza said.

“What we call your normal microbiome, like the normal bacteria that live on all of our skin, that actually helps us heal,” Garza said.