NEW YORK—Alzheimer’s disease (AD) is a neurodegenerative process that causes memory loss and other cognitive impairments, gradually destroying an individual's intellect and personality. A progressive, multi-factorial disease, it is the most common cause of primary neurodegenerative dementias. About 5.7 million people in the U.S. have Alzheimer's disease, and about 50 million are stricken worldwide. The current annual cost of dementia is estimated at $1 trillion, a figure expected to double by 2030. There are no treatments for it at this time.
The April 2020 issue of Alzheimer's & Dementia: Translational Research & Clinical Interventions reported on a drug under development by Anavex Life Sciences, a clinical-stage biopharmaceutical company. Anavex seeks to create specific therapies developing differentiated therapeutics for the treatment of neurodegenerative and neurodevelopmental diseases such as Alzheimer’s disease, Parkinson’s disease, Rett syndrome and other central nervous system (CNS) diseases. The article is titled “A precision medicine framework using Artificial Intelligence for the identification and confirmation of genomic biomarkers of response to an Alzheimer’s disease therapy: Analysis of the Blarcamesine (ANAVEX2-73) Phase 2a clinical study.”
The drug in question—ANAVEX2-73, also known as blarcamesine—is an orally administered agent that brings back neural cellular homeostasis by acting on Sigma1 and muscarinic receptors, which may stop or reverse Alzheimer’s disease. It also displays anti-convulsant, anti-amnesic, neuroprotective and neurodepressant properties in animal models and holds promise for treating other CNS diseases as well, according to the article.
The journal called this research the first genome-wide effort to find biomarkers in drug responses to AD.
Significant biomarkers found in ANAVEX2-73 were shown to have an important effect on clinical outcomes at one year (57 weeks) and again at more than three years (148 weeks). Researchers believe the study provides a template for the use of big data in precision medicine studies of new therapies for neurological disorders.
The article explained that “Formal concept analysis (FCA) is less affected by population size than other statistical analysis platforms. In this study, FCA, integrated in Knowledge Extraction and Management (KEM) software (v.3.6.2) was used to identify and rank phenotypic and genotypic biomarkers. No link was assumed in these analyses of biomarkers and therapeutic responses, enabling a hypothesis free, data‐driven tabulation of all relational effects between potential biomarkers and therapeutic responses in patients with AD.”
According to Dr. Harald Hampel, founding president of the Alzheimer Precision Medicine Initiative (APMI) and lead author of the paper, “This study highlights the relevance of phenotypic and genotypic precision medicine analyses of whole-exome sequencing (WES) and gene expression (RNAseq) data in drug development, and in particular the potential to identify patients’ genetic variants and gene expression changes that may predict increased chances of success of Alzheimer’s disease treatments.”
“We believe that the analysis platform described in this work opens the possibility of using big data-driven, unbiased, genome-wide patient selection marker identification early on in the drug development process of CNS diseases, including Alzheimer’s disease, which is currently applied more routinely in the field of oncology,” added Dr. Christopher U. Missling, president and CEO of Anavex. “Findings from this study were the basis for the testing of potential patient selection markers in our ongoing Phase 2b/3 Alzheimer’s disease (AD) study, as well as the Parkinson’s disease dementia  and Rett syndrome studies with ANAVEX2-73 (blarcamesine).”
According to the article, the FCA platform “opens the possibility of using data-driven unbiased biomarker identification early in the drug development process. The white box and systematic approach of FCA is ideal for the analysis of early data, leading to the identification of patient selection biomarkers that can assist in the design of more effective subsequent clinical trials.”
The study was funded by a Michael J. Fox Foundation for Parkinson’s Research grant to Anavex. There will now be a Phase 2b/3 AD study to locate patients with Parkinson’s disease, dementia or Rett syndrome who will benefit from this drug.
Another drug being advanced by the company is ANAVEX3-71, which targets Sigma1 and muscarinic receptors. The compound is a preclinical candidate demonstrating disease-modifying activity against the major hallmarks of Alzheimer’s disease in transgenic (3xTg-AD) mice, including cognitive deficits, amyloid and tau pathologies. In preclinical trials, ANAVEX3-71 has shown beneficial effects on mitochondrial dysfunction and neuroinflammation. 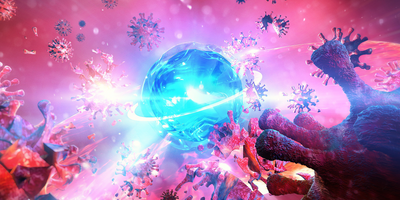 Researchers are seeking antivirals to protect the unprotected