Cardiologist Sheba Meymandi hopes to prevent the deadly cardiac effects of Chagas disease with increased screening and knowledge of the disease.

Chagas disease begins with a kiss, but it is anything but romantic. Kissing bugs, named for how they often bite sleeping people near the mouth, carry the parasite Trypanosoma cruzi, which causes Chagas disease in humans. While most kissing bugs are found in Latin America, in recent decades, they have spread into the southern and southwestern United States. 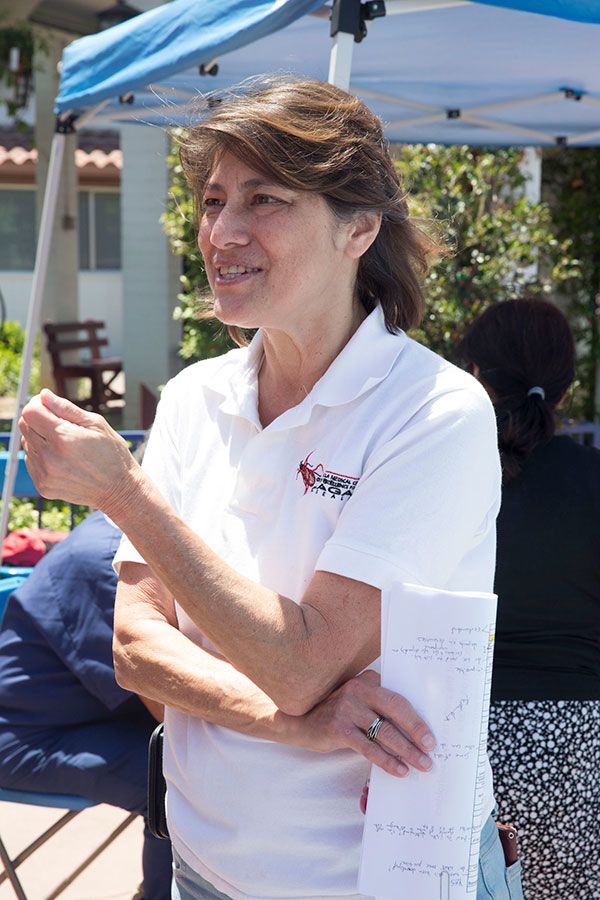 Chagas disease is an invisible killer. The infection often shows no symptoms until decades after a person’s initial T. cruzi infection, at which point many patients end up in the emergency room in cardiac distress.

“No one really knows they have Chagas. Even people who develop heart failure have no idea that they have Chagas unless they're screened for it,” said Sheba Meymandi, a cardiologist and the director of the Center of Excellence for Chagas disease at Olive View-UCLA Medical Center. When the center opened in 2007, it was the first clinic for diagnosing and treating Chagas disease in the United States.

Meymandi treats Chagas disease patients, performs clinical research on the prevalence of the disease in the greater Los Angeles area, and studies how Chagas affects the heart. Most of Meymandi’s patients are Latin American immigrants to the United States, a group disproportionately affected by Chagas disease. To increase awareness of Chagas in this population, Meymandi partnered with promotores — health providers in Hispanic communities — to put on health fairs at local churches where her team screened for Chagas disease.

She hopes that raising awareness of the disease among Latin American immigrants and primary care physicians will lead to increased screening, earlier treatment, and better disease outcomes for people with Chagas disease.

How does the T. cruzi parasite cause the cardiac symptoms seen in Chagas disease?

The parasite kills the heart cells, and when the cells die, they're replaced by scar tissue. The scar tissue is not an effective pump, so people lose the contractility of the main chamber of the heart, the left ventricle. The infection obliterates the heart over the course of time, and once the heart is involved and damaged, we can't reverse the disease.

What kinds of treatments are available for Chagas disease?

We have two medications: nifurtimox and benznidazole. When I first started working in the field, neither was approved in the US. We used to have to get the medications through the CDC. Benznidazole is the newer of the two, but it's still 50 years old. Both drugs have a lot of side effects and are hard to tolerate, but both have now been approved in the US. Benznidazole got FDA approval in August 2017, and nifurtimox just got approval last year.

Why have these drugs become FDA-approved only recently if they’ve been around for more than 50 years?

People are bringing more awareness to the disease. When I went to medical school, we got an hour or two lecture in microbiology, and Chagas was treated as an exotic disease — something we would never see. But as a medical provider in the United States who treats Latin American immigrants, we definitely see Chagas disease.

I can’t begin to say how many of my patients have come across my name on the internet because they've gone to so many doctors, and no one is willing or able to treat them. I'm actually treating a 16-year-old now from Northern California who got so fed up that her family brings her to us in Los Angeles for treatment.

Why are some doctors unwilling or unable to treat Chagas patients?

Depending on their age, some doctors just don't know about the treatments for Chagas disease. It used to be, “Well, you have Chagas. There's nothing we can do.” Sometimes it’s the lack of experience. Even if they know that they should be treating, they don't know how to treat, and they don't know how to get information. But over the course of the last decade, our network of Chagas providers has increased. There are groups with expertise in the DC-Virginia area, Boston, Florida, and Texas. There are also a lot of online continuing medical education classes that educate and increase awareness in the physician population.

If the disease can’t be reversed, how do treatments help Chagas patients?

The younger we catch patients and treat, the better the outcome. We can cure Chagas if we have a neonate with acute Chagas and treat immediately. But as people age, the cure rate drops. I've had several patients who have seroconverted, meaning that they were positive in their serologies and with treatment, they converted to negative, but all of them were less than 20 or 22 years old. That's why screening really needs to be done in the primary care setting when people are still healthy.

A lot of countries are doing a big push to control congenital Chagas because the mother can pass it to the fetus. If a woman is diagnosed with Chagas and treated before she becomes pregnant, that completely blocks the transmission of Chagas. So, the populations we should especially target are women in reproductive years and children.

Are there new treatments in development for Chagas disease?

Researchers are testing libraries of drugs for their effectiveness against Chagas, and there are multiple companies looking to create a better treatment. Scientists are doing studies with benznidazole to see if we can shorten the course of treatment, and that looks promising. People are investigating combination treatments of benznidazole at a lower dose in addition to other medications. For patients who already have moderate to severe heart failure, the recent BENEFIT trial investigated if treatment with benznidazole might help these late-stage patients, but it hasn’t shown any benefit.

What are some of the challenges to testing and treating people for Chagas disease?

Chagas disease primarily affects the poor. When we go to small local clinics that serve this population, they understand the importance of early screening. But even when we tell them that we will take on and treat anyone who tests positive, they don't have the funding to do the testing. The test for Chagas disease is a serological test, so it’s a little bit more elaborate and more expensive.

There's also been such resistance getting the primary care providers on board to do this screening because they are overwhelmed. For the patients, there's the stigma of the disease, having the availability to access the clinic, transportation, and having someone to take care of their kids when they come for treatment.

What can physicians and researchers do to improve the outlook for Chagas disease?

In my mind, Chagas disease is the epitome of preventive medicine. Diagnose early, treat early, and block the onset of the deadly complications. People have no idea of the complications that we see on a regular basis. We have 30- and 40-year-olds coming in with cardiac arrest because they get malignant arrhythmias. With screening, we can do something positive. 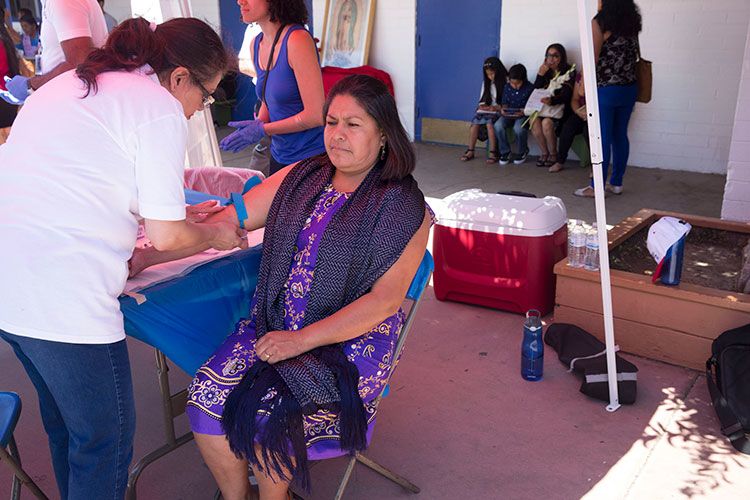