I’ve been a part of the staff here at DDNews going back to darn near the beginning of the publication—long enough to have lived through two name changes and at least as many redesigns. However, as with much of my pre-DDNews journalism career at various magazines and custom publishing companies, I’ve either been senior editor or managing editor for that period of time.
In other words, I’ve been Mr. Spock or Cmdr. William Riker for a very long time, and now—as chief editor—I get to be Capt. James T. Kirk or Capt. Jean-Luc Picard. There could be a lot of “Make it so” and “Engage!” statements in my near-term communications with staff members.
Yes, dear readers, I’m a middle-aged nerd (or a geek, depending on your preference). You might as well know what you’re in for early on, and realize there will be future sci-fi, superhero and pop culture references coming in future editorials. I’ll try not to overdo it.
Mostly with this first editorial, I want to make some introductions rather than to expound upon issues in pharma/biotech or to talk about the big topics we’re covering.
First and foremost, I want to introduce you to the magazine, because it got a bit of cosmetic surgery since last issue. Now, instead of news sections based on therapeutic, technological and research areas, our sections are based on the pipeline stages that most of you deal with in your day-to-day work. The chart included at the end of my editorial here will help give you an idea of what kinds of stories will be covered in each area. It’s not all-inclusive, but it’s pretty thorough. We’re not abandoning our focus on the business of life-sciences, though you might see slightly less of the dollars-and-cents coverage and a little more research/bench-level coverage as well. Also, each news section now features a sort of miniature table of contents to help you more quickly find stories in specific areas of treatment or research.
Secondly, I want to introduce you to me personally. No, not my whole boring life story; I’m not that cruel. But I do want to let you know that even before spending nearly a decade with the publishers of this magazine, I have been involved in medical, healthcare and environmental topics for most of my post-college career. So, long before I started covering the pharma and biotech markets specifically, I already knew how to spell things like ophthalmology flawlessly. I’m not a technical expert, but I am a journalist who knows what questions to ask usually, and who is most likely to know what they’re talking about. From most of your perspectives, I’ve been behind the scenes, but as I emerge from the shadows, I want you to know that you’re in good hands—not just with me, mind you, but our entire staff.
So, without further ado, let’s go forward into 2014 at warp speed. 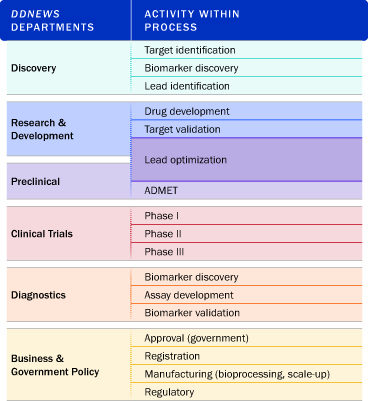 Nubeqa gets the go-ahead

Nubeqa gets the go-ahead

Rybelsus gets the go-ahead

Rybelsus gets the go-ahead

Pain pump gets the go-ahead

Pain pump gets the go-ahead