After tragedy struck during a 1960s clinical trial, development of a vaccine for RSV ground to a halt. But as new RSV vaccine candidates enter late-stage clinical trials, a safe and effective vaccine is finally in sight.

By the time most children turn two, they’ve likely had a respiratory syncytial virus (RSV) infection. While most children and adults who catch the virus generally experience typical cold symptoms, young infants, older adults, or immunocompromised people can get a severe RSV infection that may lead to a serious lower respiratory tract infection like pneumonia or bronchiolitis. 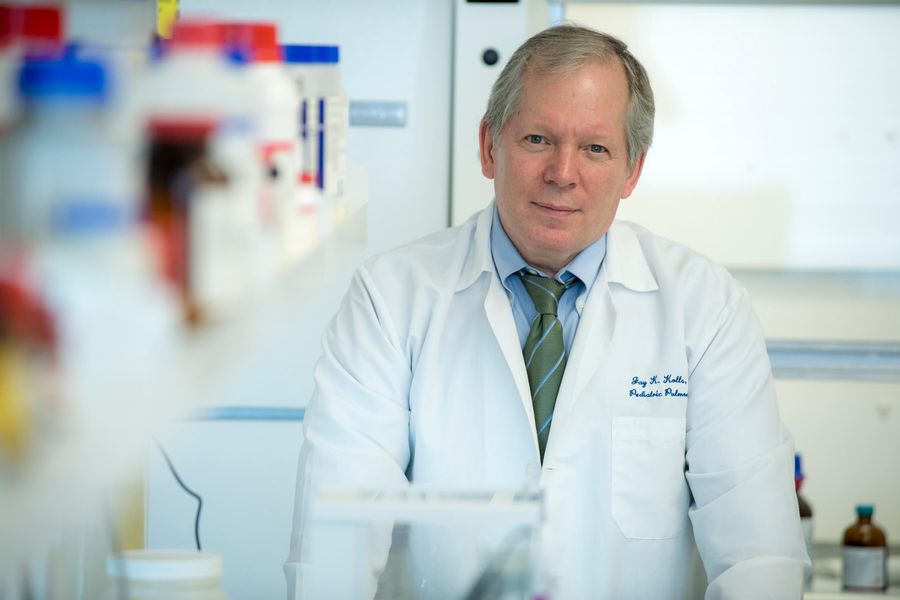 Like the yearly flu, RSV is seasonal. It generally peaks in autumn and ends in the spring, but unlike other viruses, prior RSV infection does not lead to long-lasting immunity.

“Depending on how long the season goes, you can get infected in November and get infected again in February. That's how short lived the immunity is,” said Jay Kolls, a pediatric pulmonologist at Tulane University.

Researchers began working on an RSV vaccine in the 1960s, but when two children in a 1967 vaccine trial died (3), RSV vaccine progress halted for decades. Now with a deeper understanding of RSV biology and its interaction with the human immune system, multiple pharmaceutical companies have RSV vaccines in late-stage trials, racing to give the world its first vaccine for RSV.

In the late 1960s, scientists at the National Institutes of Health thought that they had found the key to preventing RSV infections. They developed a formalin-inactivated vaccine against RSV (FIRSV), hoping that it would protect children who had never been exposed to RSV, but the trial results caught them completely by surprise.

“The kids who got RSV after the vaccine actually had worse disease than the kids who got the virus without any previous vaccination,” said Christine Shaw, the vice president of Early-Development Programs in Infectious Diseases at Moderna. “It actually enhanced disease instead of protecting against the pathogen.”

This worsened disease, which researchers named enhanced RSV disease (ERD), led to the deaths of two toddlers (3). Studies in animal models of RSV revealed that an exacerbated Th2-based immune response (an anti-inflammatory response), the development of non-neutralizing antibodies that proved ineffective against RSV, and a lack of cytotoxic T lymphocyte response likely contributed to ERD (4). Understanding how a young child’s naive immune system will react to a potential RSV vaccine is vital for preventing future instances of ERD. 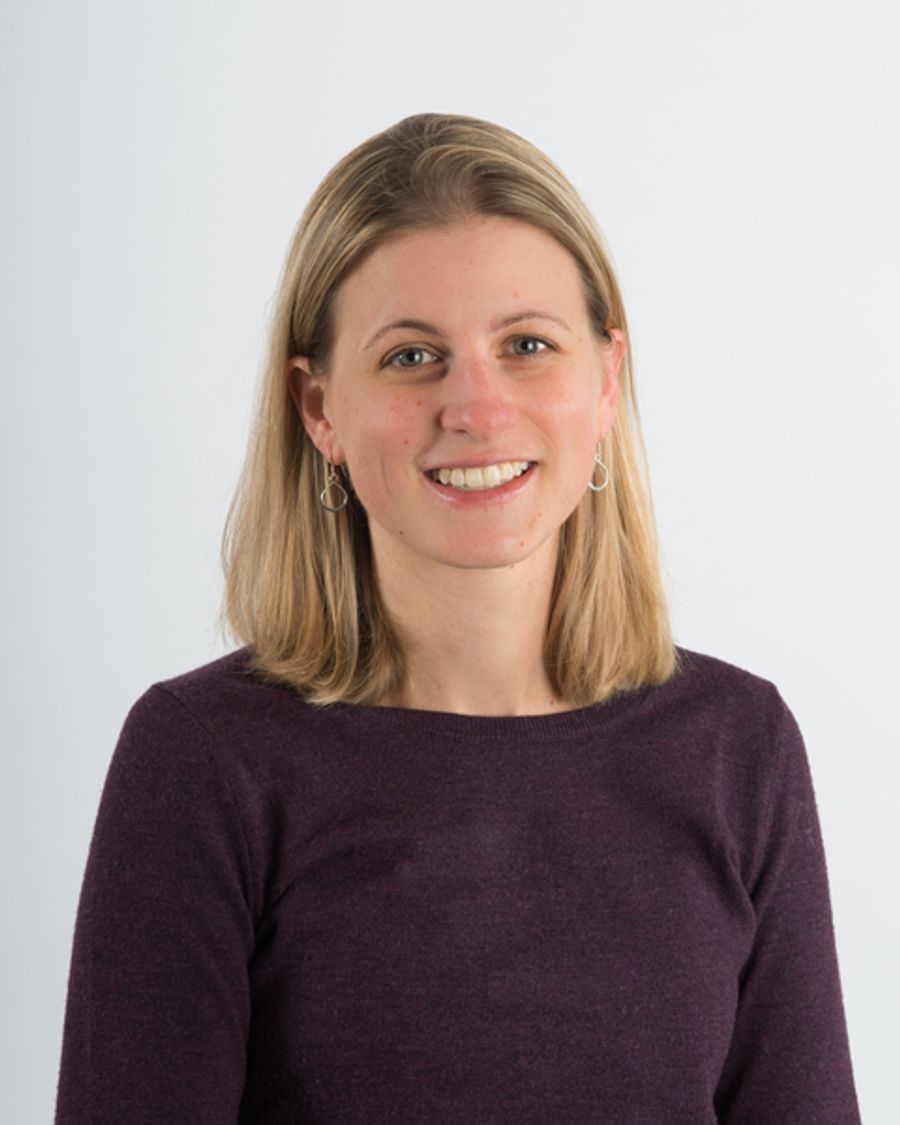 To elucidate the molecular mechanism of ERD in humans, Kolls and his colleague Fernando Polack, an infectious disease pediatrician at Fundación Infant and Vanderbilt University, went back to the source.

The original lung samples from the children who died from ERD resided at the Armed Forces Institute of Pathology, but in 2011, when the repository shut down, “Fernando had the foresight to save the slides,” said Kolls.

“We had next generation sequencing capability in my laboratory, and we had done a lot of work on archived lung tissue already,” Kolls added. “We said, ‘well, let's see if we can get a transcriptomic signature of what happened, and see if we can compare this to normal healthy lung.’”

Their first challenge came in removing the glass coverslips adhered with half-century-old glue from the patient lung tissue slides. Derek Pociask, a graduate student in Kolls lab, practiced for months on similarly aged but less valuable slides before he touched the real ones.

“The thing that kept us up at night was would we destroy these slides and actually not have any usable material,” said Kolls. Despite their worries, the team managed to extract enough RNA from the samples for sequencing and compare the transcriptomic readout to that of age-, sex-, and race-matched control lung samples.

When the team stained for immune cells in the tissue, they observed a flood of neutrophils and eosinophils in the ERD patients’ lungs, confirming observations from animal models, which they reported in a recent Science Translational Medicine paper (5).

“The most striking thing to me was the evidence of epithelial damage, and particularly the cells in the distal lung,” said Kolls.

Alveolar cells called type II pneumocytes normally secrete surfactants to help keep the lung air sacs open to sustain gas exchange. They are also a stem cell population, primed to proliferate in the event of an injury to the alveolus.

In the ERD patient lungs, however, transcriptomics revealed that the surfactant genes in these damaged alveolar cells were significantly downregulated, as were genes involved in decreasing the immune system’s complement response and genes in the type I interferon pathway, which are both pro-inflammatory immune responses. These findings support the hypothesis that ERD leads to a bias toward an overactive anti-inflammatory immune response.

Kolls hopes that their molecular characterization of these ERD patient lungs will be useful for scientists testing the safety of new RSV vaccines. If some of the same molecular changes occur in a preclinical ERD model, researchers could identify if a vaccine candidate might cause ERD early in the drug development pipeline.

To infect lung epithelial cells, first in the nasopharynx and then in the upper respiratory tract, RSV uses glycoproteins embedded in the surface of its membrane. The attachment (G) protein helps the virus latch onto host cells, and the fusion (F) protein facilitates viral-host cell fusion. Because of the importance of the F protein for viral entry into cells, many groups have designed vaccines targeting it.

After the disastrous 1967 trial, scientists studied both the virus and the human immune response to it extensively. Researchers realized that the F protein undergoes a dramatic conformational change throughout the RSV lifecycle. The virus assembles the F protein into an unstable, pre-fusion form on the viral membrane. The F protein then refolds to aid in fusion with a host cell membrane, after which it reassembles into its more stable post-fusion form (6).

Scientists found that the pre-fusion form of the F protein is the most immunogenic, and thus, likely the best vaccine candidate. With extensive structural engineering work, research groups determined how to force the F protein into its prefusion form.

“Now there's this rush for all of the companies and corporations to push forward with this new improved antigen and with our understanding of how to avoid vaccine enhanced disease,” said Shaw. 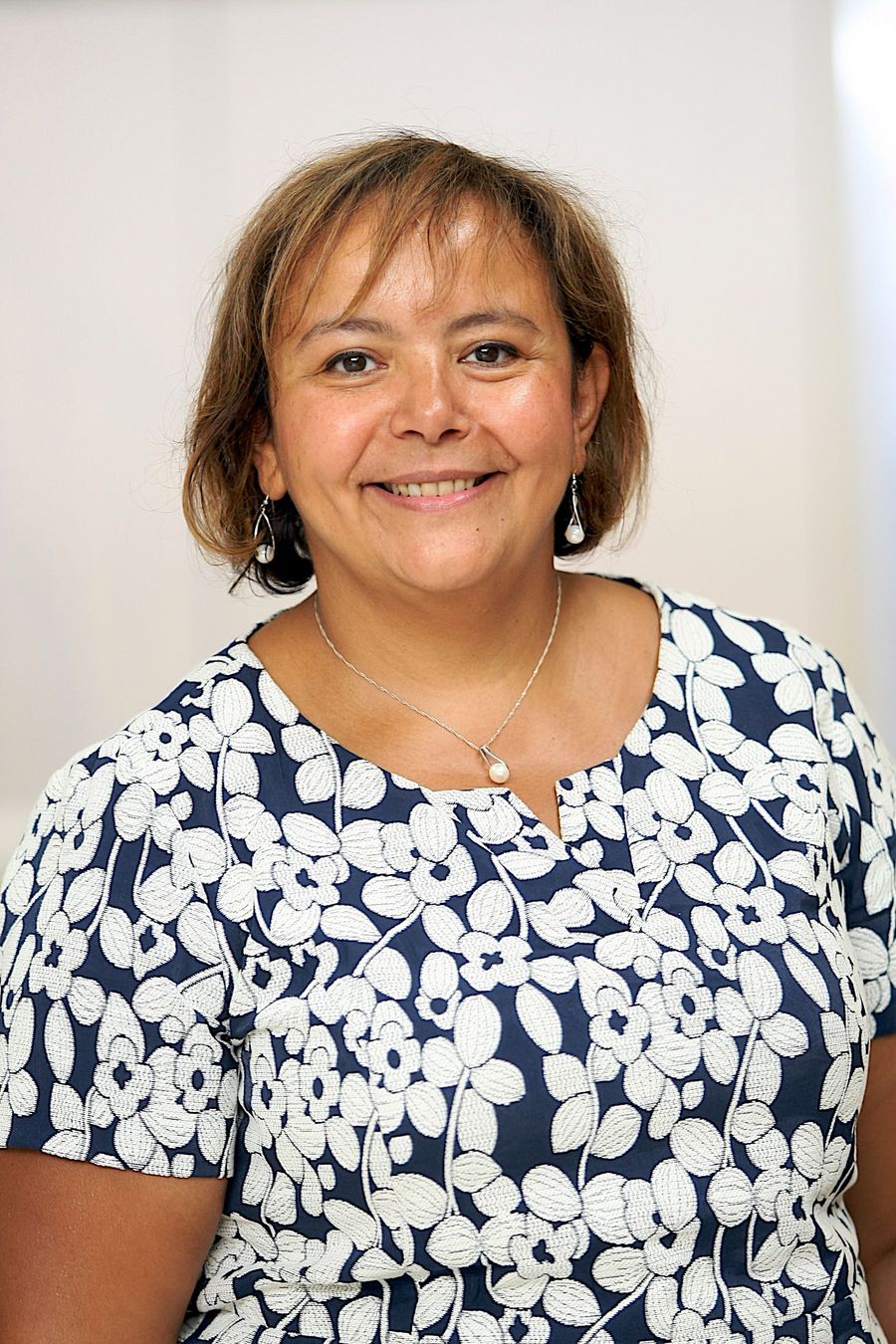 Pfizer, GlaxoSmithKline (GSK), Moderna, and Janssen have RSV vaccines in Phase III clinical trials. Most companies are developing vaccines for both infants and older adults, the populations most affected by RSV, but whose immune systems require different forms of help to fight against RSV.

“In young infants, you need to have a strong neutralizing antibody response to really basically neutralize the virus,” said Jamila Louahed, the vice president and head of research and development at GSK Vaccines. On the other hand, “we see that the aged immune system requires also that you really create the T cell response to ensure a good protection.”

GSK’s RSV vaccine for older adults targets the pre-fusion form of the F protein and is combined with the adjuvant AS01 to boost the immune system’s response to the antigen. AS01 is the same proprietary adjuvant GSK uses in its highly effective shingles vaccine. GSK hopes to have data to share from this trial in the first half of 2022.

GSK is also developing their maternal RSV vaccine. By administering a vaccine to pregnant mothers, their fetuses will receive neutralizing antibodies against RSV via their mother’s cord blood.

“It's not always easy to vaccinate at birth the baby, so that is the best way to protect them and equip the baby for the first few months,” said Louahed.

Like its successful COVID-19 vaccine, Moderna developed an mRNA-based vaccine for RSV in older adults also targeting the pre-fusion form of the F protein.

“The fusion protein that we encode with the RNA maintains the transmembrane region of the protein,” said Shaw. “We're really displaying the viral protein the way that the virus would, and we think that the result of that would mean the most robust immune response that’s induced to that protein, both in terms of an antibody response but also a cellular T cell response.” 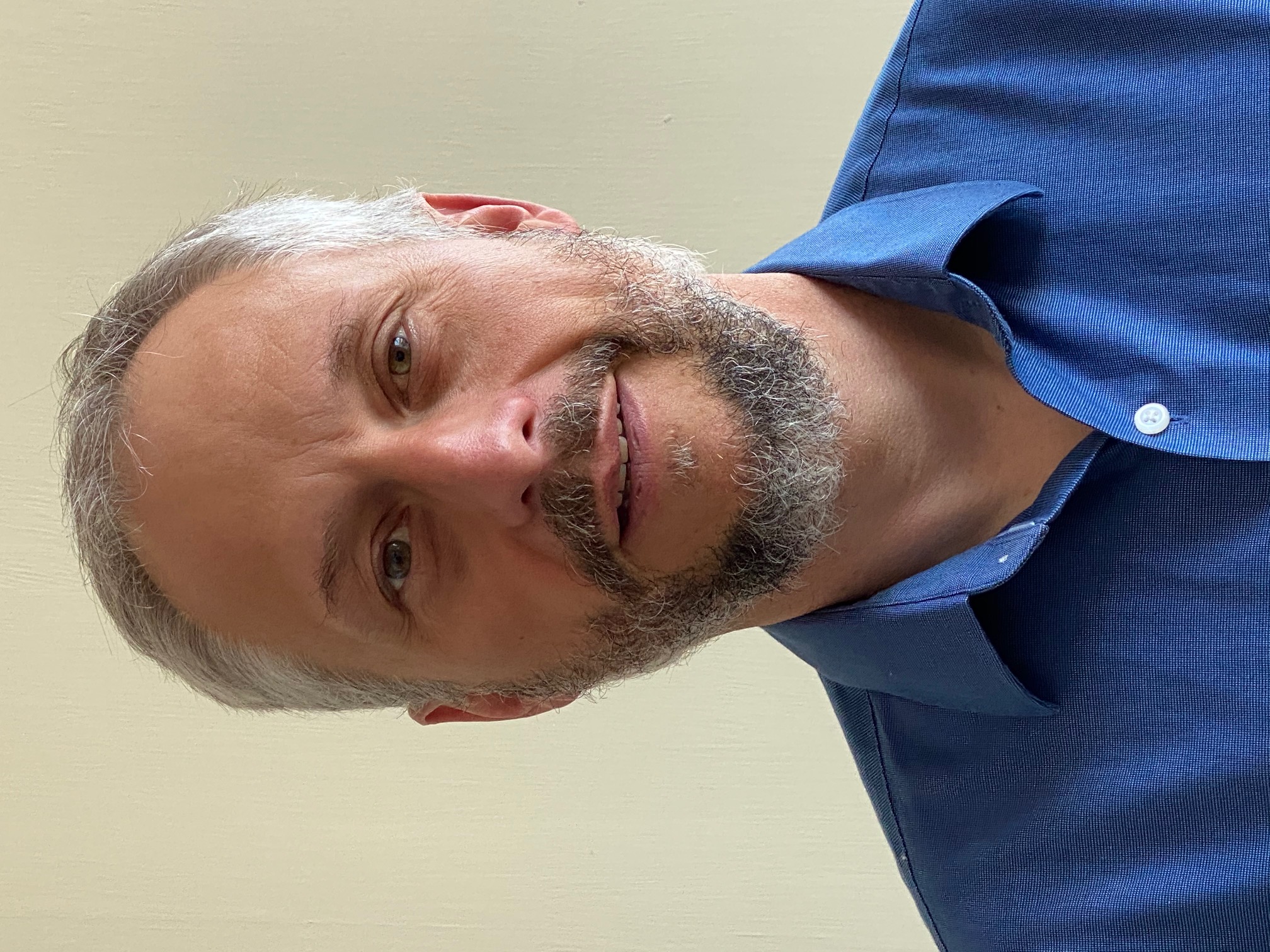 Moderna initiated their Phase II/III study for this vaccine in November 2021, and they are developing a similar combination RSV and human metapneumovirus vaccine candidate for pediatric patients as well. In fact, in an effort to combat a slew of respiratory viruses in one stroke, Moderna recently announced their hope to release an mRNA-based vaccine that can protect against RSV, COVID-19, and the flu in a single immunization.

Although not a vaccine in the traditional sense, Sanofi and AstraZeneca developed a prophylactic monoclonal antibody for RSV called nirsevimab that is currently in Phase II/III clinical trials. Preliminary results look promising with a single dose of nirsevimab significantly reducing lower respiratory tract infections due to RSV in infants.

While Novavax entered their RSV vaccine candidate into a Phase III clinical trial earlier than other companies, their maternal RSV vaccine did not significantly reduce the incidence of RSV in infants, the study’s primary endpoint. The vaccine did, however, reduce infant hospitalizations due to RSV in addition to improving other secondary outcomes, so the team continues work on their RSV vaccine.

Finally, while they recently shifted their focus to developing vaccines for COVID-19 and norovirus, the company Vaxart wants to apply their unique oral vaccine technology to RSV. By delivering a vaccine orally, the body can generate an antibody response in the mucosa, not just in the blood.

“Several years ago, there were a lot of theories about what would be successful from the standpoint of approaching RSV, and our thinking was that if we could make a vaccine that was much more potent in the mucosa, it might have a better ability to protect against infection,” said Sean Tucker, who leads the scientific direction at Vaxart.

In fact, Vaxart researchers demonstrated that the oral vaccination route of their RSV vaccine protected against RSV replication in the nose and lungs of cotton rats, a common RSV model system (7). The pill formulation also makes Vaxart’s vaccine easy to deliver to remote areas because it does not need refrigeration.

With the multitude of different strategies to fight RSV in late-stage clinical trials, a safe and effective vaccine for RSV looks like it is finally in sight.

“It's a very exciting time for RSV researchers,” said Shaw. “I've been in the field for so long, I really just want an RSV vaccine to work.”

The complex relationship between asthma and COVID-19

The complex relationship between asthma and COVID-19