Stem cells jump-start the brain after a stroke

Thirty percent of strokes occur in the white matter of the brain, damaging neuron-supporting glial cells such as astrocytes and oligodendrocytes, as well as axons and their protective myelin casings. “When you have a stroke, a lot of these oligodendrocyte progenitor cells arrive to the stroke area, but they don't actually mature, differentiate, and form myelin. It's like they're stuck,” said Irene Lorenzo Llorente, a neuroscientist at the University of California, Los Angeles, and lead author of the study. Because we currently have no approved therapies for the long-term symptoms seen in white matter stroke, those stuck cells turn into lesions, which can progress into a form of vascular dementia.

To unstick the cells, Llorente’s team developed a new cell therapy that replaces damaged astrocytes and induces the brain’s own repair mechanisms. The team transplanted glial enriched progenitor cells derived from human-induced pluripotent stem cells (iPSC) into mice after chemically inducing a stroke. Using fluorescent staining, microscopy, and behavioral tests, the researchers measured if and how the cells, which mature into astrocytes after transplantation, promoted healing after stroke. 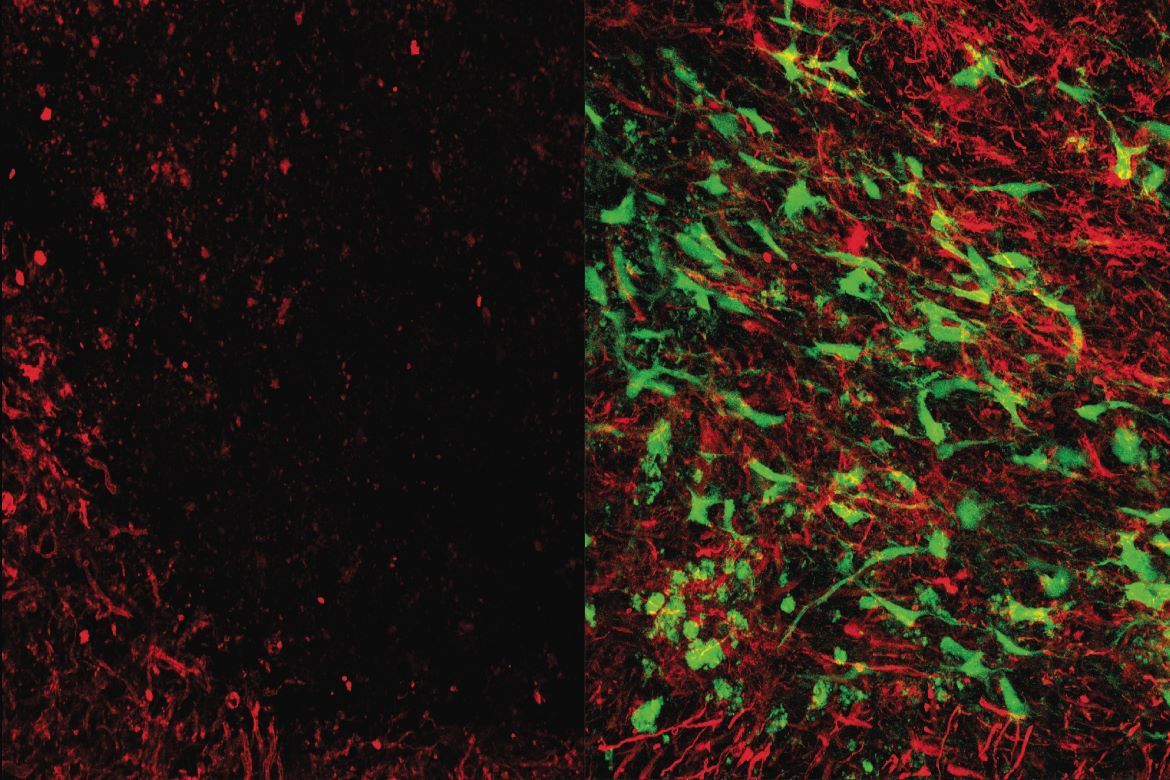 Compared to neuronal progenitor cells, the glial enriched progenitor cells migrated throughout the mouse brain, which Llorente said would be important in human applications where the site of damage may not be easily accessible to neurosurgeons. Two months after transplantation, the team found evidence that the cells triggered oligodendrocyte progenitor cell recruitment and maturation, and promoted axonal growth and myelination. The mice continued to recover even after the team selectively ablated the human cell transplants, indicating that the procedure induced a local repair response that continued once the cells were removed.

In addition to cellular experiments, the team measured motor and cognitive recovery in the mice. “We saw that transplanting our cells and only our cells — not neurons or other oligodendrocytes — restored the motor capabilities of the animals almost to the baseline levels,” Llorente said. Similarly, they found that the glial progenitor cells dramatically improved memory four months after transplantation.

Cesario Borlongan, a neuroscientist at the University of South Florida who was not involved in the study was particularly interested in the focus on white matter and the evidence of cognitive improvements. “The novelty of this study is they've recognized an under-explored area that has direct clinical relevance,” he said. He added that using human-derived stem cells versus the more popular, but often non-translatable animal-derived stem cells further increases the translational relevance of the study.

Llorente believes that the therapy may eventually apply to other conditions such as spinal cord injury, ALS, and traumatic brain injury. But for now, the team is focused on meeting with the FDA at the end of 2022 to obtain approval for a clinical trial. “A therapy that can actually help people regain motor and cognitive [capabilities] could change many millions of peoples’ lives,” Llorente said.