Steve Horvath, a biostatistician at the University of California, Los Angeles, has scoured the DNA of more than 200 mammals to understand how humans age and how to stop aging’s negative effects. The most recent addition to his expansive collection? Cows. 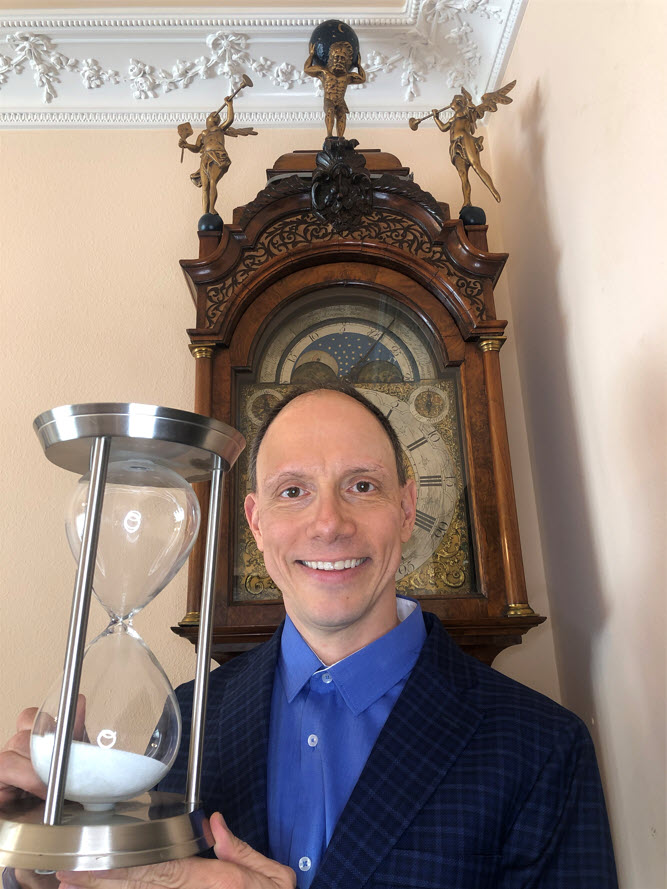 Steve Horvath, a biostatistician from the University of California, Los Angeles, uses his statistical knowledge to develop epigenetic clocks that predict the age of an individual based on the methylation levels of their DNA.
credit: Steve Horvath

Horvath uses mammalian DNA to build something called an epigenetic clock, which relies on the constantly changing methylation patterns of DNA to predict an individual's age. Horvath is a pioneer in the field; he developed one of the first epigenetic clocks in 2013 (1). Since 2013, these clocks have become sophisticated enough to guess the age of an individual to within three years (2).

But different tissues don’t always age at the same rate, and this is often reflected in small differences in DNA methylation. In Horvath’s most recent study published in Aging Cell, his team reported that cow oocytes age more slowly than other tissues, and their DNA methylation patterns don’t share any commonalities with other tissues tested, such as blood (3). Both Horvath and Vadim Gladyshev, a geneticist from the Dana-Farber Harvard Cancer Center who was not involved in this study, were excited about these surprising results.

“If we compared blood versus liver, blood versus brain, blood versus any other tissue, we would find some overlap. There are some sites that gain methylation in most tissues,” said Horvath. “This indicates that there’s something very different about oocytes.”

Horvath isn’t a reproductive biologist; he’s a cross between an aging researcher and a DNA collector. He takes tissues from mammals such as naked mole rats and dogs to develop epigenetic clocks in an effort to make the ultimate clock for humans.

“I was originally very motivated to understand lifespan differences across different species. Like, why does a mouse live less than four years? Why does the bowhead whale have up to 211 years? I was very eager to collect as many mammals as I could. At some point, I did a Google search to look for cattle DNA. That's how it started,” said Horvath. “And I found a person.”

At a conference, Horvath attended a talk about cow reproduction by Pawel Kordowitzki, a reproductive biologist from the Institute for Veterinary Medicine at Nicolaus Copernicus University, who became the first author of the Aging Cell publication. Horvath’s interest was piqued, and when Kordowitzki convinced him that cows were “the ultimate model for fertility,” he asked Kordowitzki to send over some oocytes.

Kordowitzki was serious about cows; reproduction in female cows is similar to that of humans (4). Cows are pregnant for about nine months — much longer than a mouse’s 20-day pregnancy. The way the fetus develops also mirrors that of humans more than other commonly used models like mice.

To develop an epigenetic clock for cow oocytes, Horvath collected nearly 300 samples of DNA from oocytes and blood from two different types of dairy cows that were between one and thirteen years of age. He and his team analyzed which of the cytosine residues in the DNA were methylated. Invertebrates do not have methylated cytosines, so this epigenetic mark is specific to vertebrates and is a proven indicator of mammalian age.

The researchers analyzed 36,000 methylated cytosines within the samples. They correlated which sites were methylated and how much the methylation pattern associated with the age of the sample, creating a model that could predict the age of a cow oocyte or blood sample, respectively. When they compared the epigenetic clocks of blood to oocytes, they found that the methylated sites and levels of methylation were completely different. While methylation increased more slowly over time in oocytes, methylation levels peaked sooner, indicating that eggs may be “older” from the start compared to the epigenetic clocks of blood. However, comparing the age of blood and oocytes is like comparing apples and oranges.

“There are certain statistical concerns about that. In certain ways, applying a blood clock to oocytes is a stretch. You are extrapolating that biomarker to different cell types,” said Horvath. 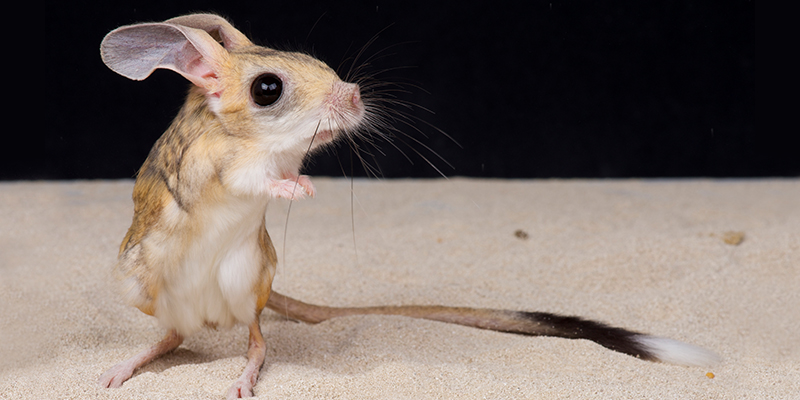 Horvath is gearing up to analyze the DNA of what is, in his opinion, the cutest animal he’s studied so far: the jerboa.
credit: istock/reptiles4all

“We expect aging to proceed through similar mechanisms in all mammals. And so in that case, aging in cows represents aging in other mammals, including humans,” said Gladyshev. “It will be interesting to apply this model to human oocytes.”

Horvath is open to validating his findings in other mammalian oocytes; he just needs a supplier. Right now, he’s preparing to develop epigenetic clocks for different tissues in other animals. He’s most excited about samples of what he claims to be the cutest animal he’s ever seen: the jerboa. He plans to keep developing epigenetic clocks in mammals as long as there are open questions about aging.

“People have cured cancer in mice many, many times, and then that doesn’t translate to humans. The same statement applies to many treatments of age-related diseases,” said Horvath. “We have very effective treatments against aging in mice, for example, caloric restriction or rapamycin. But how do we translate it to humans? We need biomarkers that apply to all species at the same time. And this is what makes our methylation platform so special.”