Cancer drugs entering into clinical trials must demonstratesafety, medical efficacy and be cost-effective. Although many new cancer drugsenter into clinical trials each year, the attrition rate is high due topreclinical models not accurately predicting efficacy and/or toxicity.According to a recent publication, 77 percent of 800 cancer drugs that enteredinto Phase I clinical trials between 1995 and 2007 failed to reach the market1.In the United States, only 8 percent of oncology drugs that entered into drugdevelopment between the early 1990s and mid-2000s received approval from theU.S. Food and Drug Administration (FDA)2.
As a consequence, there is a growing need within thepharmaceutical and biotech industries for more "challenging" preclinicalmodeling for cancer drug development. It is essential to use patient-relevantmodels to evaluate the cancer medicines of the future in order to ensure thatpreclinical efficacy assessment is predictive of how the drug is likely tobehave in clinical trials with cancer patients. This is particularly importantas new molecular-targeted cancer drugs, with fewer potential side effects, arecoming through the drug discovery pipeline.
Inefficient preclinical models
Traditionally, most of the large pharmaceutical and biotechcompanies have used a limited and basic range of cancer models for thedevelopment of anti-cancer medications. The majority of these models aretypically based on the use of animal cells or tissue, which in most cases arenot relevant to the human situation. In general, oncology is one of the areasof drug development in which animal models are not very predictive of the truehuman pathophysiology.
For example, one modeling type that has been extensivelyused by many pharmaceutical companies is basic xenograft models, whereby atumor cell line that may have little relevance to the patient's tumor isinjected into a non-human model. This method is vulnerable to flaws due to theimmunology of the non-human model not resembling the immunology of the humantarget and the artificial location of the tumor offering no real resemblance towhat happens in man during disease progression.
These conventional models do not enable continuousmeasurement of response and are not capable of optimally modeling the biologyof the cancer. As a consequence, these models cannot be used to effectivelychallenge new cancer drugs to the same degree as in the patient, resulting in anumber of false positive drugs entering into clinical trials.
To facilitateeffective cancer drug development, it is vital to maximize preclinicalinformation and ensure that the drug is challenged in models reflective of thepatient. In that way, it can be ensured that results are patient-relevant andthus meaningful.
New technology is now being developed in an attempt tocreate patient-relevant models to enable reliable preclinical efficacyassessment, thereby increasing drug development efficiency and reducing attritionrates.
The advent of patient-relevant models
Innovative new approaches have targeted the urgentrequirement to improve the efficacy of cancer modeling by expanding the utilityof reporter systems and applying them to complex multi-cellular in vitro- and in vivo-based systems.
An established approach is the development of cancer modelsfrom cells derived from patients' tumor tissue. This approach is being furtherdeveloped by modeling the human tumor microenvironment in three-dimensionalmulticellular systems that challenge the new therapeutic entity to the greatestdegree by incorporating relevant cell types, including those associated withthe tumor stroma. This is opposed to evaluation in monolayer single cellcultures, which are standards within the pharma and biotech industries, andwhile predictive of the biology and mechanism of action, may not be aspredictive of clinical efficacy. These 3D models with established human stromalepithelial interactions can then be transplanted in vivo.
Real-time imaging of cell growth enables continuous temporalinformation from a single experimental model resulting in improved efficiency.In addition, lower costs are incurred due to more robust statistical analysisfrom fewer experimental repetitions. For example, optimal timing of drugadministration can be determined based on the micro-environmental signalsmeasured. The technology also limits the need for post-test procedures such ashistology, and therefore reduced timeframes and costs. Use of medium-throughput,3D in-vitro model screens may reduce theneed for larger-scale in-vivomodels, due to their capacity for modeling the tumor micro-environment moreeffectively—particularly in the discovery phase, potentially resulting in amore streamlined drug development process.
A second new approach allows the monitoring of the tumormicroenvironment and biological changes within cells in real-time in thepresence of a cancer drug. This approach is facilitated by the development ofinnovative new technology that involves bioluminescent/fluorescent biologicalreporters. These biological reporters are expressed in human cancer cells sothat they emit light or fluorescence in response to different environmentalstimuli. The reporters also emit light in response to changes and progressionof the disease in response to drugs. For example, it is possible to monitor thepresence of hypoxia (low oxygen levels) and blood vessel formation, as well ascell proliferation and cell death.
Additionally, this approach can be used to evaluate genesup-regulated in response to radiotherapy or similar insult, intra-cellularsignaling activated by ligand binding to cell surface receptors, cells withcancer stem cell-like properties and that are undergoing epithelial/mesenchymaltransition, a phenotype linked to cell invasion and metastasis. These reportersystems therefore cover a number of key tumor properties, including predictionof secondary spread and resistance to standard-of-care treatments.

Both of these new approaches have been developed within anacademic setting, ensuring that they remain "cutting-edge." Overall, they offerthe unique advantage of reducing the need for additional monitoring andpost-test procedures and the use of expensive supporting technology. In addition,these new approaches have the potential to ensure maximum data over a shorttimeframe with associated cost benefits.
The outsourcing trend
Global sales of cancer drugs have been forecasted to grow ata compounded annual rate of 12 to 15 percent, reaching $75 billion to $80billion by 2012, according to IMS Health3. Based on an estimated 18percent of domestic sales spent on R&D4, the potential R&Dspend on anti-cancer therapies is currently $7 billion, with approximately onequarter of this spend devoted to preclinical R&D ($1.75 billion). Anestimated 25 percent of this is outsourced, with outsourcing predicted toexpand significantly further by 2015.
It is now becoming common practice to outsource thedevelopment of patient-relevant models to specialized service providers.Advantages of such outsourcing to specialist providers include time and costefficiency in addition to independent validation of "in-house" data, which as aresult generates a stronger preclinical package for regulatory submission bypharma and biotech organizations. Innovative technologies developed byspecialist providers can quickly and cost-effectively be applied across allcancer types, benefiting the wider scientific community and vitally enablingnew cancer drugs to reach patients sooner.
Parting thoughts
The need for patient-relevant models is driven by increasingregulatory and scientific rigor and the pressure to reduce ever-increasingcancer drug attrition rates and R&D costs through outsourcing, therebyidentifying potential lead candidates as early as possible. New technology hasbeen developed to create patient-relevant models specifically designed tofast-track new agents into the clinic. These innovative approaches are superiorto traditional cancer preclinical models in that they provide maximum data overa short time frame together with associated cost benefits. The uniquepatient-relevant models closely reflect the patient's situation for each aspectof cancer progression encompassing pre-cancerous lesions, primary tumors andmetastasis.
In an attempt to achieve time and cost efficiencies andfacilitate regulatory approval of new drug candidates, large pharmaceutical andbiotech companies are increasingly outsourcing the development and applicationof patient-relevant models to specialized service providers. These providersoffer expert support to direct cancer drug development projects from concept toclinic, ensuring that preclinical efficacy assessment is predictive of how thedrug is likely to behave in clinical trials with cancer patients.
Sue Watson is principal founder and chief scientificofficer at Preclinical Oncology Services (PRECOS), a preclinical research anddevelopment service provider with a specific focus on oncology, as well as headof preclinical oncology at the University of Nottingham. She has worked in thefield of cancer pharmacology for 23 years with more than 85 peer-reviewedpublications, and was awarded the National Research Medal from the BritishSociety of Gastroenterology in 2002 for her contributions to gastrointestinalcancer research. Watson is currently part of a National Cancer ResearchInstitute (NCRI) committee tasked with updating and rewriting nationalguidelines for in-vivo cancer research, and is a member of the Cancer ResearchUK discovery committee, the Yorkshire Cancer Research scientific committee andthe European Association of Cancer Research Council. She is also part of the European Framework Programme (FP) 7 consortium tasked with deriving new cancerdrugs from Chinese herbal medicines and is ethical advisor for a second cancerhypoxia-focused FP7 program on in-vivo research.
References: 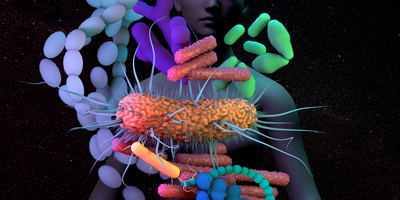 Exosomes to the rescue in cancer

Exosomes to the rescue in cancer