Researchers employ CRISPR technology in a variety of creative ways to control the spread of vector-borne illnesses.

With millions dying from mosquito-borne diseases every year and more than half of the world’s population at risk, researchers race to solve this global health problem (1). For centuries, people have protected themselves from mosquitos by using bed nets, eliminating water sources where mosquitoes breed, or employing insecticides to kill the pests. Over the decades, improvements in these methods offered more effective protection, but more recent technological developments have opened new avenues for combatting the problem. With the introduction of CRISPR technology, scientists have introduced new, high-tech gene drives to ward off this ever-growing threat. Whether the public and regulators will accept this technology remains to be seen.

Scientists such as Omar Akbari from the University of California, San Diego use the precise gene editing capabilities of CRISPR technology to create gene drives in mosquitoes that, when spread through a population, will reduce the mosquitoes’ ability to transmit human diseases. When designing a gene drive, Akbari’s team creates genetic elements that skew Mendelian inheritance rules to increase the odds that a desired DNA sequence is inherited. Researchers engineer transgenes that are integrated into chromosomes to express CRISPR-Cas9 sequences and, in most cases, an antipathogen gene as the cargo. Upon delivery into a cell, the CRISPR machinery causes a targeted DNA break that the cell repairs using the gene drive sequence as a template. As a result, the CRISPR elements and the cargo get copied onto the homologous chromosome, resulting in biased transmission into the subsequent generation, with the majority of offspring inheriting the drive-containing chromosomes. Akbari’s team uses this technology in multiple ways to develop a genetic arsenal that will stop the spread of mosquito-borne diseases.

“One of the major benefits of CRISPR gene drives is the fact that they can autonomously spread invasively into populations. While invasive spreading may serve as a powerful tool for vector control in hard to reach locations, it can also act as a double-edged sword by making it difficult to confine the drive and prevent it from spreading uncontrollably into neighboring locations,” Akbari said. “This may pose significant challenges for obtaining regulatory approvals to perform open gene drive field trials, which are necessary to measure efficacy, risks, and assess for unintended consequences.”

Because gene drives pass down from generation to generation at extremely high levels, their spread throughout a population is quick and often permanent. This could efficiently control the spread of mosquito-borne diseases without consistent human intervention; however, existing populations would be forever altered. “If there were any unintended consequences, then what do you do?” Akbari wondered.

In 2018, Tony Nolan and Andrea Crisanti of Imperial College London used a population suppression gene drive to spread sterility in female mosquitoes by inactivating a gene required for fertility (2). A single release of engineered mosquitoes reduced mating success in a population and eventually caused a population collapse. Crisanti and Nolan’s suppression gene drive approach succeeded in caged mosquito studies; however, researchers worry that resistance will arise in the wild through mutation and selective pressure against these unfavorable alleles.

Akbari’s team used a different approach. Working with Aedes aegypti mosquitoes, the principal vector for Dengue virus, they first engineered a broad neutralizing antibody against the virus in the mosquitoes. This strategy confers disease resistance to the mosquito—a trait that may have better competitive success than sterility in the wild. They found significantly reduced viral loads and transmission rates in the engineered mosquitoes in the lab (3). In the future, they may use this gene as part of a CRISPR gene drive for rapid spread throughout a mosquito population. 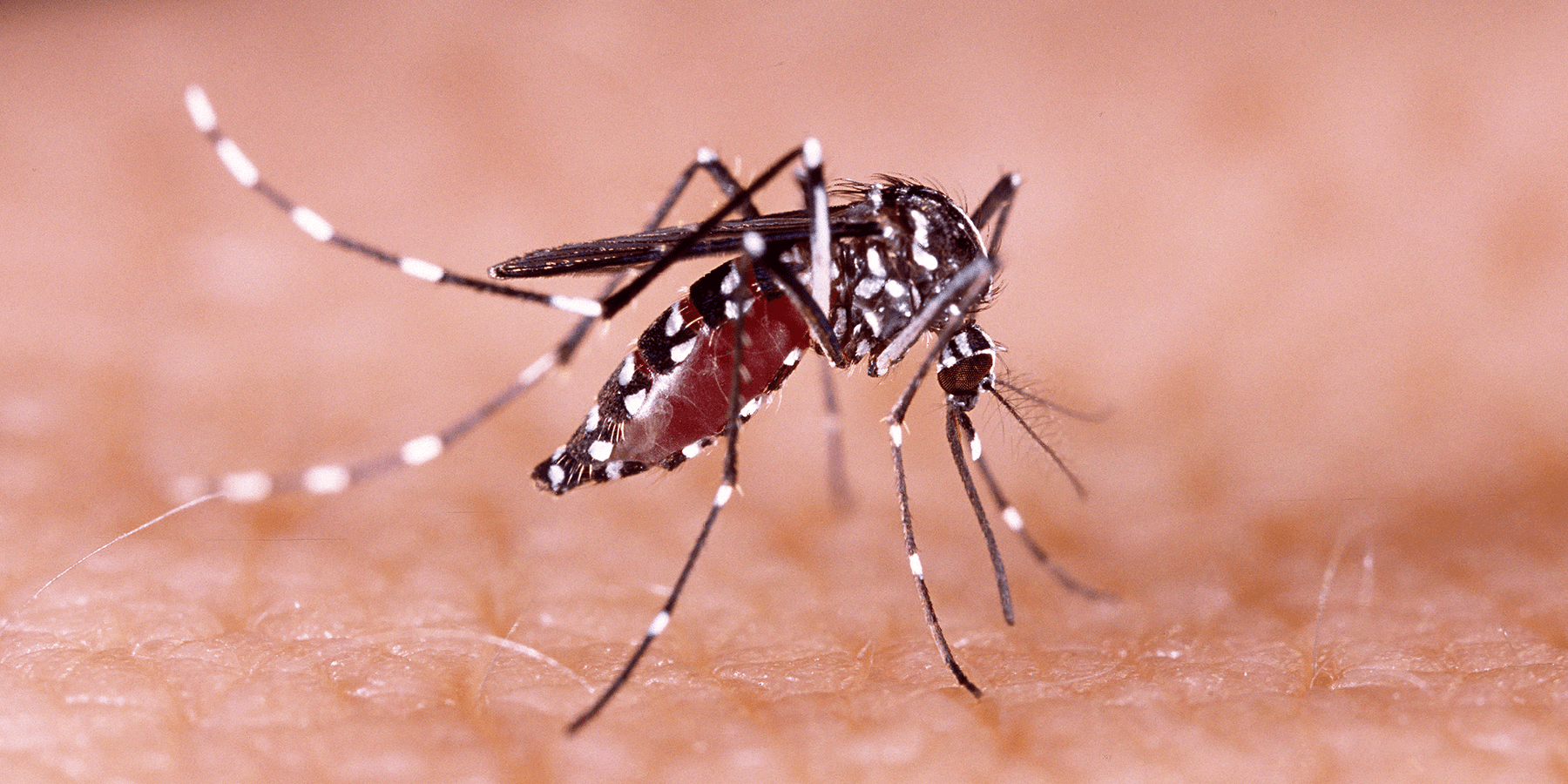 Researchers also design alternative gene drives that safeguard against invasive spread and permanent population alterations. For example, Akbari’s team developed a gene drive for Ae. aegypti that is split, or self-limiting. The drive components insert into different regions of the genome rather than at the same locus on the same chromosome (4). While the Cas9 drive component is inherited at a normal rate, the guide RNA and linked cargo transmit to the majority of the offspring. Eventually, the normally-inherited Cas9 component disappears from the population, making the gene drive temporary and, therefore, limited to a local area.

With this approach, scientists would need to release split gene drive organisms on a continuous basis to eradicate disease. Akbari predicts that once releases of his Ae. aegypti organisms stop, the population should go back to normal within a few generations4. “We have already shown with mathematical modeling that it can spread and maintain itself for quite a period. If it were linked to a Dengue effector, and if all mosquitoes in the population had a copy of it, there would be no local Dengue transmission,” he explained. “This could prevent many infections and save lives.”

With multiple CRISPR gene drive options available, Akbari thinks it’s best to diversify. “Having a split gene drive that is self-limiting provides more tools in the toolbox,” he said. “For the first open field releases, regulators and the public may prefer a technology that’s confineable and controllable, yet still effective. After these initial tests, once all risks are assessed, if everything goes as expected, and more invasive spread is desired and necessary, then perhaps the next step could be to move onto something that is less confineable to spread permanent modifications.”

Scientists and the public alike are concerned about releasing gene drive organisms into the wild. What happens to the ecosystem when you suppress a mosquito species? Even with confineable gene drives, there could be consequences. When spreading disease resistance genes, would parasites evolve to become more pathogenic or to invade another host? What about populations of parasites that are unaffected by the cargo gene?

Akbari has been considering the ethical questions surrounding gene drives and how to best engage local communities in decision-making with Cinnamon Bloss from the University of California, San Diego. Through her research, Bloss found that, despite the fears connected to genetically modified organisms, the public is surprisingly open to gene drive technology. “Many people recognize that vector-borne disease is a serious global public health problem, and we need novel approaches to address it,” she said.

Moderating the conversation surrounding the release of CRISPR gene drives will be tricky because in Bloss’s view, this is a public health intervention that is not amenable to traditional models of informed consent. Because something that affects the environment will affect all surrounding people, there are far too many people for collecting consent from everyone to be feasible. Also, if a drive is more likely to spread beyond a localized area, scientists and regulators must engage with diverse communities that cross international boundaries. The best approach would be to move forward in a respectful and ethical way. Having more tools in the gene drive toolbox will provide options for how and where these organisms are spread.

Even with the potential for unforeseen effects of altering mosquito populations, the payoffs could be huge. “People are suffering in the world,” said Akbari. “If you have a technology that that can make an impact, why not use it?”