When he was just a medical student in Italy, Alessio Fasano knew he wanted to do extraordinary research. He thought that he might tackle cancer or HIV in children, but when one of his colleagues returned from a sabbatical in the United States, he realized that to make the biggest impact, he should focus on the gut. 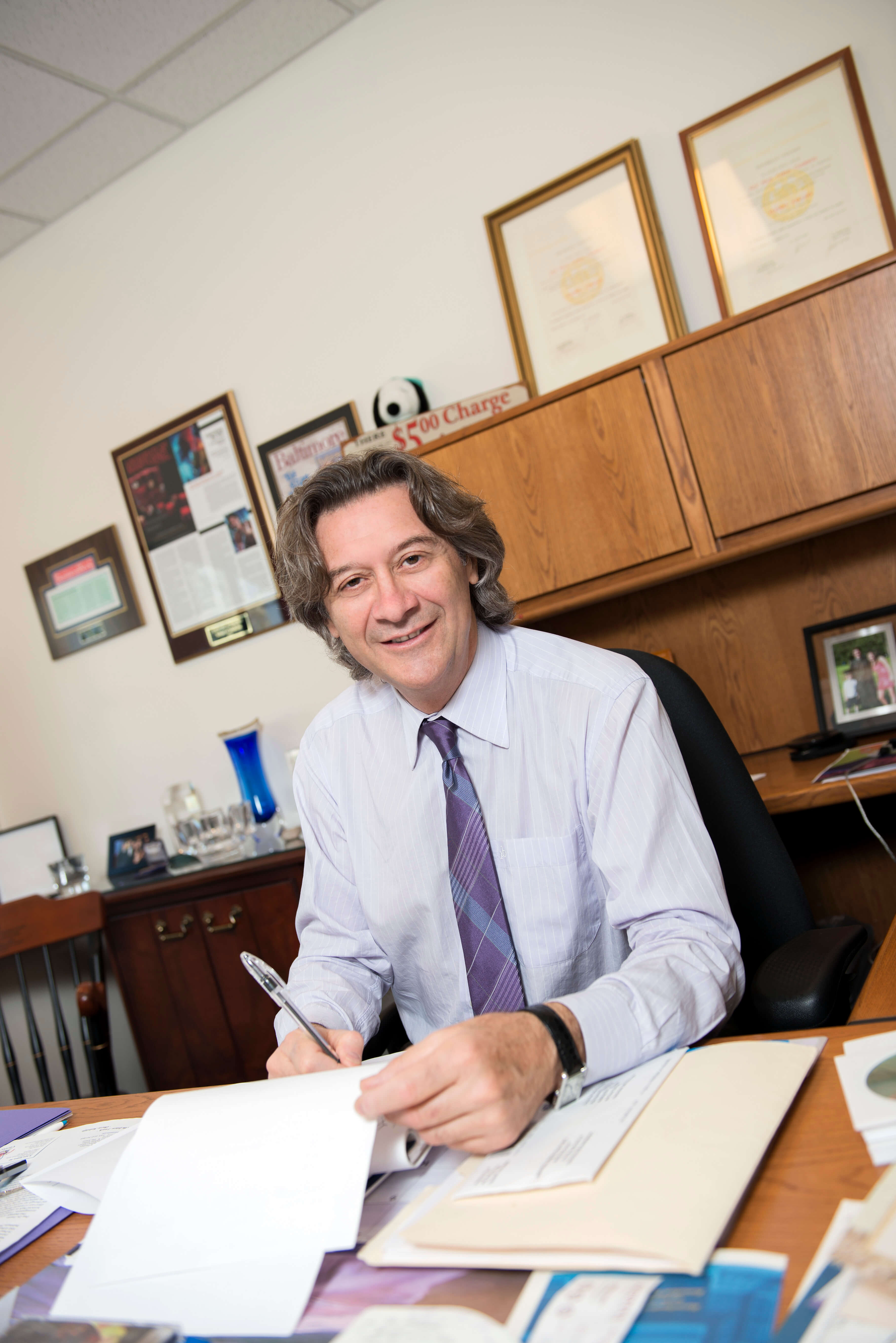 A pediatric gastroenterologist at Massachusetts General Hospital, Alessio Fasano studies the role of the gut microbiome in autism.
credit: MassGeneral Hospital for Children

“He was involved in diarrheal diseases, and I said, ‘with all due respect, I don't think that I want to do that. I'm not going to make any impact taking care of kids with diarrhea,’” Fasano said. His colleague responded with a surprising fact that more kids die every year due to diarrheal disease than from cancer, HIV, or any other condition combined.

Spurred by his desire to make a difference in the lives of children around the world, Fasano set out to study the physiology of the gut and how it changes in cases of diarrheal disease. Now, at Massachusetts General Hospital, he investigates how gut health impacts disease. He currently leads the Genetic, Environment, Microbiome, Metabolome, in Autism (GEMMA) clinical study to elucidate the connection between the gut microbiome and neurodevelopmental disorders like autism.

Why study the connection between the gut microbiome and autism in particular?

Several lines of research suggest that the microbiome may play a role in the pathogenesis of diseases such as depression, schizophrenia, Parkinson’s disease, and others. But all of these are very difficult to study because we don't know what is the chicken and what is the egg, especially when dealing with a disease that materializes when someone is in their 70s. To investigate these diseases, we are forced to do cross-sectional studies.

In terms of the gut-brain axis, the only disease that is visible from birth is autism because it materializes relatively early in life, in the first two to three years of life. We can do prospective studies rather than cross-sectional studies. We see the same kid before, during, and after autism onset, so we can ask what's going on in an unbiased way. That's what we’re doing in the GEMMA study.

What are the goals of the GEMMA study?

We have three key components in the GEMMA approach. The first is a preclinical component, in which we use germ-free animals. We humanize them with stool samples from kids with autism and compare them to matched controls to investigate disease mechanisms. The second component is observational, where we collect information about kids with autism as they age. This is the bulk of what we're doing. There is a third element, where once we learn the mechanism and identify targets for intervention, we will ask if we can use specific probiotics or symbiotics to alter the disease course of these kids. Only 30 years ago the prevalence of autism was 1 in 5000 and now it's 1 in 58. Something has definitely gone wrong.

Why do you think the incidence of autism has increased in recent years?

I believe that a change in nutrition is probably the most impactful change that is fueling conditions like autism. In terms of the effect of birth mode or antibiotic use on the gut microbiome, a person is only born once in their lifetime, and someone may take antibiotics only occasionally. But we eat three to four times a day, and the microbiome eats whatever we eat.

Imagine the microbiome as a farm. There are different animals: cows, chickens, pigs, sheep, and horses. They each eat different things otherwise they would not survive. For 2 million years, we've been feeding this farm so that all these animals are taken care of. Now, with the diet that we have of refined sugars, junk food, and a very low fiber intake, we're feeding only some animals. For example, when the chickens are not fed, we lose the chickens and don't make eggs. That's the price that we pay. We don't eat the way we used to.

What do you hope the impact of the GEMMA study will be for the microbiome and autism field?

My hope is that the GEMMA study will be one of the studies that finally gives some mechanistic understanding of the role of the microbiome and the pathogenesis of chronic inflammatory diseases. What we learn about the microbiome in autism through the GEMMA study hopefully can be used to study schizophrenia, Parkinson's, dementia, and depression. Mother Nature doesn't make things complicated; it repeats itself. So, I think that we can extrapolate a lot of information that we'll learn from GEMMA to these other conditions. This data will become publicly available for the scientific community, so my hope is that somebody smarter than us will take this data and learn more.

For a deeper look into the role of the microbiome on autism spectrum disorder, check out Targeting gut bacteria to treat autism from our October 2021 issue.