Microbiome researchers seek to predict and prevent autoimmunity in infants.

Autoimmune diseases are a war between the body and itself; immune cells start attacking harmless human cells around them instead of targeting pathogens. But other organisms may play a role in setting the stage for this betrayal.

The human body teems with trillions of microbes — most of which pose no threat — that play important roles: helping with digestion, maintaining pH balance, and warding off more harmful microbes. As scientists investigated these microscopic tenants over the last century, they noticed that species vary between parts of the body and people, and these differences correlate with other health traits. Studies are even revealing that the initial microbiome established in infants may shape the immune system and the risk for later immune-mediated diseases.

As various bacteria and fungi take root in the body, they confront immune cells and reach a sort of truce: the immune cells accept certain microbes and spare them from their harshest defenses, and the microbes release chemicals that influence how the immune cells develop and function — potentially for years to come.

“The first three years of life are a critical period in which we build microbiomes across the human body,” said Susan Lynch, a microbiome researcher at the University of California, San Francisco. “We need to stem the tide of chronic inflammatory diseases and autoimmunity, and I think that's one place where we can have a major impact.”

It’s tricky to study how the infant microbiome predicts disease risk later in life. But by recruiting large cohorts of infants and following them for years, some studies have shown that microbial species at birth correlate with autoimmunity or allergy 3-5 years later (1). Research published in PNAS focused on how this phenomenon may explain the risk for celiac disease, an autoimmune condition in the gut that is triggered by gluten (2). 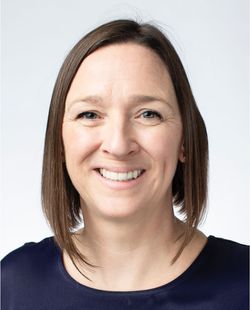 By studying fecal samples collected from 10 children with celiac disease at the Massachusetts General Hospital (MGH), researchers looked at the microbial species in fecal samples collected in the 18 months before disease symptoms appeared. They noticed that certain types of bacteria became more common over time, while others became rarer, and this correlated with quantities of specific molecules that the bacteria produced.

Lynch, who was not involved in the MGH study but had previously linked species in the infant microbiome to allergy risk, was encouraged to see that autoimmune diseases had similar connections (3). “It's great to see it bear out in another disease entity, and to me it's not surprising,” she said.

To Maureen Leonard, a celiac researcher at MGH and lead author of the study, the data suggest implications broader than celiac disease. She sees the microbiome as one of many factors that can be used to estimate immune-mediated disease risk, alongside genetics, environment, and other medical conditions. Knowing which microbes link to a disease might help inform treatments, such as tailored diets, that mitigate the effects of the risk-associated species and augment the protective species.

“Our hope is that whatever we learn from celiac disease, we can apply to other autoimmune conditions,” Leonard said. “This will be a more personalized approach to predicting disease, and I think that is something that can certainly be brought to other disease states.”

In addition to the possibility of modifying the existing microbes’ environments through dietary changes, researchers are also exploring manually adding beneficial species as a therapy for autoimmunity. 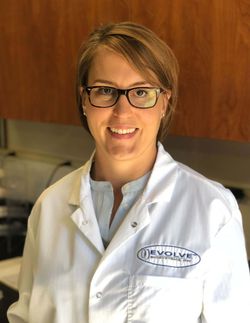 A recent study from researchers at Evolve BioSystems and Karolinska Institutet showed that feeding infants a specific bacterial species called Bifidobacterium infantis, which thrives on sugars in breastmilk, modifies the functions of immune cells involved in autoimmunity and asthma (4). B. infantis has been a topic of interest ever since researchers noticed that its numbers waned in Western nations that reported an increased incidence of autoimmunity. This may result from increases in caesarean section deliveries, antibiotic use, and alternatives to breastfeeding, said Bethany Henrick, director of discovery science at Evolve BioSystems and lead author of the study.

The period early in life when B. infantis flourishes is a critical period for immune development, suggesting that the bacteria may help lay the groundwork for protection against autoimmunity. In this study, the researchers fed a B. infantis product developed by Evolve BioSystems, EVC001, to 29 infants. After 60 days, these infants’ fecal samples contained lower levels of molecules produced by Th17 and Th2 cells, which are involved in autoimmunity and allergy, respectively. They also had higher levels of an immunoregulatory molecule called interferon beta. Henrick was especially excited to see that when extracts from the infants’ feces were added to cells in the lab, they pushed undifferentiated T cells away from becoming Th17 and Th2 cells. Instead, they became other subtypes.

This suggests that B. infantis may foster an immune system with less inflammation, Henrick said. “If we think about it in a slightly different perspective, it's like natural immunotherapy that we can skew these naive T cells to be something that helps us, not hinders us.” 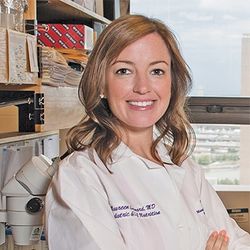 Maureen Leonard studies how infants’ microbiomes change in the months leading up to the onset of celiac disease.
Credit: Brian Wilson, MGH

Leonard, who was not involved in this study, was excited to see a proposed mechanism by which the bacteria influence the immune cells, but is interested in seeing how these artificially inserted bacteria may interact with the complex mixture of microbes and metabolites already in the body. Lynch, also not involved in this study, was interested in what the long-term effects on clinical outcomes might be. In her own work, she found that microbes added to the patient offer temporary benefits, but are quickly cleared from the body (5).

EVC001 is currently being marketed as a probiotic treatment for more immediate concerns in infants, such as colic, but Henrick recognizes the potential for longer term benefits. With her team at Evolve BioSystems, she is planning additional trials to follow participants over longer periods of time and measuring outcomes for conditions such as atopic dermatitis and type 1 diabetes.

Lynch is also developing similar immunomodulatory microbiome-based therapies through a company that she co-founded called Siolta Therapeutics. Her targets are allergies and asthma, and rather than using a single bacterial species, her team is working on a cocktail of species to protect against allergy risk. “Microbes don't exist in isolation,” Lynch said. “They are highly social, and they interact in very predictable networks.”

Siolta Therapeutics is still early in the process of developing this product; their Phase I safety trials are ongoing, with data expected in two years. Lynch envisions that a successful and safe product could be administered to high-risk children as early as the day they’re born.

One of the important lessons that Lynch has learned is that microbiome therapeutics might not be for everyone. Microbiomes are diverse, and studies repeatedly show that while there are common threads in terms of the kinds of functions that disease-associated bacteria might carry out, the species themselves are highly variable. But for people who do have common microbiome imbalances that can be targeted, this class of therapies might offer a path toward “precision microbiome therapeutics,” Lynch said.

Studying infants may be the key to developing better diagnostic and preventative approaches, the researchers agreed. “We have to act, and we have to act early if we're going to change how the immune system develops,” Henrick said.