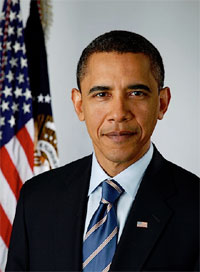 WASHINGTON, D.C.—On Monday, President Barack Obama unveiled his own proposal for healthcare reform, an issue that has alternately been said to be about reforming the entire healthcare system or simply revamping healthcare insurance or—in the most broad-based and ridiculous interpretations—that it's either about reforming or denying "health" itself. Releasing a White House-penned version of the plan is a step that many have said is an assertive step too long in coming, many others have said is a quixotic exercise in futility, and still others have called arrogant.

Regardless, though, we do know a few things for certain. Obama's vision of healthcare reform legislation is a 10-year, roughly $1 trillion plan.

According to the White House, this is what it would do:
Predictably, the White House maintains that this would be nothing but good news for Americans and not limit their choices or freedoms, although Shawn Tully of Fortune magazine writes that five "healthcare freedoms" are at stake. Folks like Rush Limbaugh continue to claim that this is some first step on a rampant charge toward a socialist dictatorship and keep talking about Obama's supposed love of "death panels." And the more progressive and liberal camps in the Democratic party are still angry that government insurance won't be included.

What most seem to agree on, though, is that the White House plan looks an awful lot like the current Democratic version already in the U.S. Senate. And many people on both sides of the issue are skeptical about where the money would come from and how Obama could pull this off without raising the federal deficit.

As a Reuters article by Susan Heavey notes, brand-name pharmaceutical companies would face increased pressure under such a plan, such as:
Seavy does note, though, that the industry-wide fees, which would be parceled out among companies such as Pfizer Inc. and Merck & Co., would be used to eliminate a gap in Medicare's prescription drug coverage known as the "doughnut hole"—and that might help brand-name companies by getting patients to continue taking their medication rather than switching to a generic or stopping medication altogether. She also writes that in a positive move for the companies, the fees would be delayed by one year until 2011.

Obama's proposal also reportedly would end the practice of brand-name drug-makers paying generic manufacturers to keep their cheaper copycat versions off the market. Such "pay for delay" deals would be prohibited, except in cases where the companies were able to prove that the their settlement could "outweigh the anti-competitive effects of the agreement." The cost to consumers of such pay-for-delay deals totals $35 billion over a ten-year period, according to estimates by the Federal Trade Commission (FTC), and Jon Leibowitz, the FTC chairman, says his agency is "delighted" at the idea. "When drug companies agree not to compete, consumers lose—ending pay-for-delay settlements will help control drug costs," says Leibowitz.

However, Kathleen Jaeger, chief executive of the Generic Pharmaceutical Association (GPhA), says the industry group was "deeply disappointed" at the proposed ban on settlements of generic patent challenges. "The majority of settlements have proven to be abundantly pro-consumer by making lower-cost generic drugs available long before patents on the brand products were scheduled to expire," she maintains. "The generic industry intends to work diligently to oppose the ban on patent settlements because it is bad public policy and will not reduce healthcare costs or increase consumer access, in contradiction to the purpose of the administration's proposal."

As Associated Press writers Ricardo Alonso-Zaldivar and Erica Werner note, "Obama's newly unveiled plan is supposed to be the starting point for his televised, bipartisan healthcare summit Thursday—a new beginning after a year of wrangling and letting Congress take the lead. Yet Republicans were quick to dismiss it as a meld of two Democratic bills the public doesn't want. Democrats, while reaffirming their commitment to major changes, reacted cautiously, mindful that Obama is asking them to stake their political fortunes in the fall elections."

White House spokesman Dan Pfeiffer called the proposal "an opening bid" for Thursday's summit and said, "One thing I want to be very clear about is that the president expects and believes the American people deserve an up-or-down vote on health reform."

Anthony Weiner, D-N.Y., a U.S. representative on the liberal end of the spectrum, says, "For many of us, the House bill represented a series of difficult compromises, and if the president is going to ask us to compromise further to go toward the Senate, I have to ask who's vote we're getting."

"I think all of us are going to have to sell this," says U.S. Rep. James Clyburn, D-S.C., the third-ranking Democrat in the U.S. House of Representatives. "The devil is in the details."

Obama has made some changes in his own vision, relative to the Senate version, that are designed to make the plans more acceptable to House Democrats. Among those are a roll-back of a Senate tax on high-cost health insurance plans objected to by the House and labor unions. Instead of raising $150 billion over 10 years, the tax would bring in just $30 billion, the administration says. To fill that gap, Obama would raise Medicare payroll taxes on upper-income earners, and for the first time, Medicare taxes would be assessed on investment income, not just wages.

Other concessions to the House in the president's proposal include a plan to gradually close the coverage gap in Medicare prescription benefits, elimination of a Medicaid deal for Nebraska, and improvement of federal subsidies to help middle-class households afford their insurance premiums.

The Pharmaceutical Research and Manufacturers of America (PhRMA) hadn't made any official comments about the plan as of Feb. 23, but had been fairly supportive of earlier visions of the healthcare reform plan as it was laid out and as it moved through the U.S. Congress. In other news regarding PhRMA and healthcare reform, NPR reported on Monday about connections between the group and both the White House and Congress lately, and talk of back-room deals to secure pharma industry support.