Genomics is one of many -omics approaches that have gained traction for researching the etiology, diagnosis, and treatment of cancer. In fact, some of that traction involves something actually called TRACTION: the Translational Research to Advance Therapeutics and Innovation in Oncology platform. This technology is being used at the University of Texas MD Anderson Cancer Center as a core component of its Therapeutics Discovery division, a group of clinicians, researchers, and drug-discovery scientists working to bring novel treatment options to the oncology arena.

Recently, TRACTION showed its mettle in efforts to repurpose or reposition drugs for novel colorectal cancer (CRC) treatments. In an article titled, “Sequential administration of XPO1 and ATR inhibitors enhances therapeutic response in TP53-mutated colorectal cancer,” published in the journal Gastroenterology, Ale Carugo and his colleagues took an interesting approach to drug discovery. Knowing that genetic screens can point to a wide variety of potential therapeutic targets, but also knowing that many of those hits don’t lead to successful treatments, the team decided to combine in-vivo genomics screens with an in-vivo drug screen in matched, patient-derived tumor cell lines and xenograft models. They hoped that this approach would point them to truly actionable genetic vulnerabilities for which inhibitors were already available.

The team identified XPO1 as a novel therapeutic target in CRC, and showed that the XPO1 inhibitor KPT-330 (which was already approved for hematologic cancer treatment) was effective in killing CRC cells.

When they characterized the response more deeply, they found that responses differed when p53 was mutated. Cells with normal p53 could recover from the DNA damage caused by XPO1 inhibition, but those with mutated p53 relied on the ATM/ATR pathway to recover. By treating first with an XPO1 inhibitor and then an ATR inhibitor, the team found dramatic and durable antitumor effects in p53 mutant CRC.

This could lead to a combination therapy that can be rapidly moved into clinical studies for patients with p53-mutant CRC.

The MD Anderson research teams have been busy in recent months with genomics and proteomics advances. In early March, the Therapeutics Discovery division and Orionis Biosciences announced the launch of Project Helios, a research collaboration designed to unlock new drug development opportunities through genome-scale mapping of drug-target interactions.

Combining Orionis’ high-throughput drug discovery technologies with the Therapeutics Discovery division’s expertise in small-molecule therapies and translational biology, Project Helios aims to create what MD Anderson and Orionis anticipate will be an “unparalleled collection of drug-target interaction data to enable rational drug discovery, optimization, and repurposing.” The project will focus initially on developing therapies for unmet needs in oncology, with the possibility of expanding to additional therapeutic areas in the future.

“We are excited to be collaborating with MD Anderson’s Therapeutics Discovery team in launching Project Helios, a fundamental step toward new approaches in drug discovery that will enlighten our understanding of the dark proteome,” said Niko Kley, CEO of Orionis. “This effort will build on a wealth of public data, chemical and clinical knowledge that has been assembled over many years across the pharmaceutical industry and biomedical institutions.”

Molecular interactions between small-molecule drugs and proteins define both their therapeutic efficacy as well as undesired adverse effects, noted the collaborators. A comprehensive unraveling of these interactions is fundamentally important for illuminating new drug development opportunities and devising safer medicines with fewer toxicities.

Project Helios will conduct systematic and unbiased mapping of drug interactions across the human proteome, with a large portfolio of bioactive, chemically diverse small molecules, including experimental and approved drugs. The findings may provide opportunities to repurpose approved therapies, optimize therapeutic approaches for known targets, and develop therapies for novel targets.

“We expect Project Helios to generate a unique data set for the application of new machine-learning models for multivariate, genomic-scale drug design and to further illuminate what we refer to as the ‘drug pocketome’ [small-molecule binding sites on drug targets],” said Riccardo Sabatini, chief data scientist at Orionis. 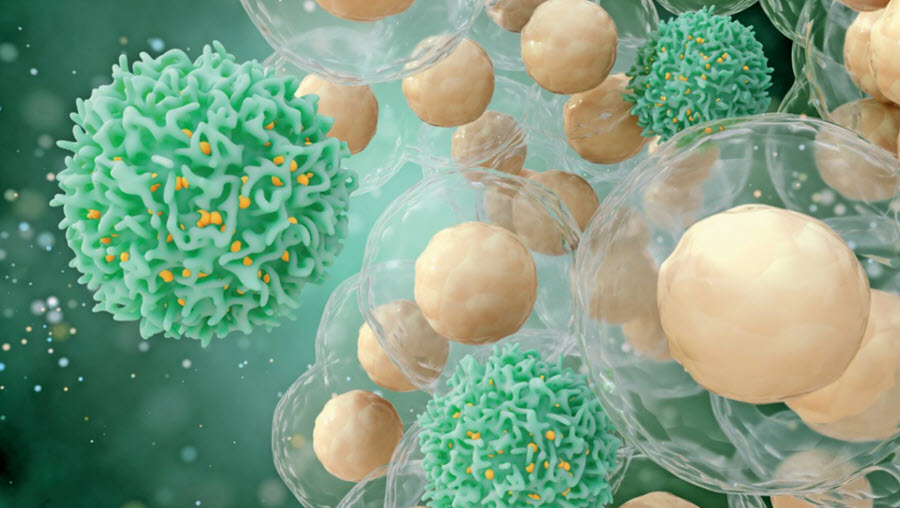 “We’ve seen a number of perturbation studies that look at gene expression changes following drug treatments or CRISPR-mediated changes, but there is a significant gap in terms of proteomic profiling,” said senior author Han Liang, a professor of bioinformatics and computational biology. “We hoped to fill that gap by profiling changes in major therapeutic target proteins, which provides a lot of insight in terms of drug resistance and designing drug combinations.”

Perturbation biology measures how a system responds to various stimuli. These types of experiments have proven useful in modeling cancer behaviors and understanding responses at a system level, explained Liang. To profile protein perturbations, the researchers used a technique called reverse-phase protein array (RPPA), which enables the rapid quantitative analyses of a select group of proteins. Protein levels were measured at baseline and after treatment, often at multiple time points.

But instead of all the possible drug-cell line combinations, the researchers instead homed in on those most likely to be relevant to the field. In total, they generated RPPA profiles of 15,492 samples, including 11,884 drug-treated samples and 3,608 control samples.

The data obtained from these analyses highlighted signaling pathways that are activated or suppressed following treatment with a given drug. Further, having data on both baseline and post-treatment protein levels is much more useful in modeling to predict sensitivity to additional drugs, explained Liang.

The researchers also constructed a comprehensive map of protein-drug connections to visualize responses and to better study relationships between different proteins and signaling pathways. The maps showcase which proteins have significant changes from a given drug, which drugs yield similar responses, and which proteins saw similar patterns of change. Studying these complex relationships can reveal unknown connections and can point to potentially effective therapeutic combinations.

“Through this dataset, one can immediately see the consequences of a given drug, including perturbed pathways and adaptive responses, which can help to identify optimal drug combinations,” said Liang. “As we continue working to expand the data, we think this will be a valuable starting place for researchers doing drug mechanism studies.”

The researchers hope to add to the dataset and expand beyond their current subset of cancer types.

Where there’s smoldering, there could be fire

“We successfully applied this technology in cancer for patients with a myeloma precursor where the disease burden is extremely low,” said Francesco Maura—co-senior and co-corresponding author—in a news release from the University of Miami Miller School of Medicine where he is an assistant professor. “The quality was incredibly good, allowing us to be the first to characterize the whole genome sequencing landscape in MGUS.”

Prior to this study, some scientists believed that disease progression was linear from MGUS to SMM to multiple myeloma, but now the team says it is unclear whether smoldering myeloma is a distinct condition at all or simply an earlier stage of multiple myeloma.

“The bigger picture is that there are several genomic defining events involved in the progression of multiple myeloma,” said Maura. “So far, whole genome sequencing is the only technology that captures all these changes.”

Moving away from genomics and into the arena of gene-editing, Exacis Biotherapeutics Inc., a development-stage immuno-oncology company has taken several important steps in the preclinical development of its ExaNK engineered natural killier (NK) cell-therapy candidates.

ExaNK cells are generated from induced pluripotent stem cells (iPSCs) that are made using mRNA-based cell-reprogramming and gene-editing technologies. ExaNK cells are designed to resist rejection when administered to patients, with the goal of reducing or eliminating the need for lymphodepletion, a costly and potentially dangerous procedure normally performed using cytotoxic chemotherapy that carries risks of neurotoxicity and infection. 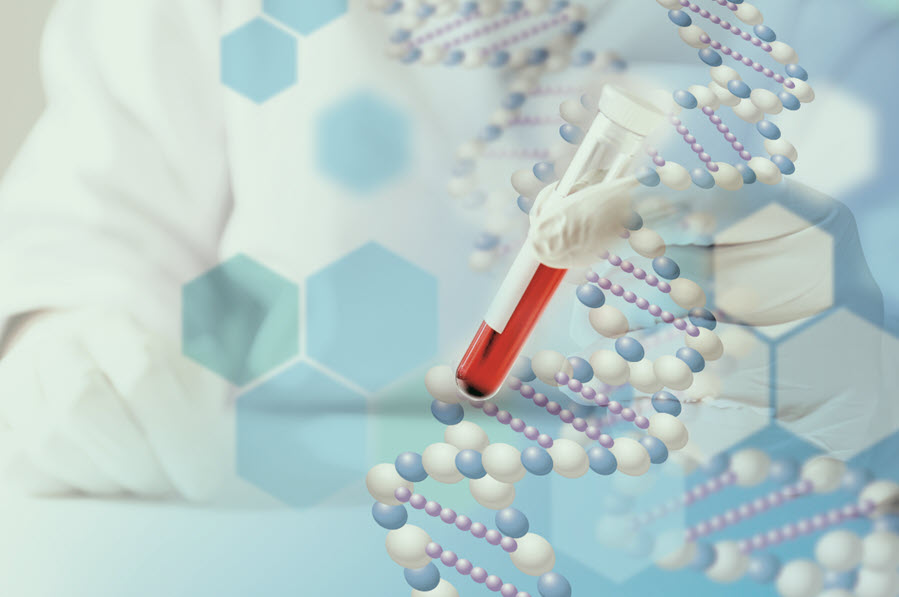 These engineered iPSCs will form the basis for Exacis’ tumor-targeted ExaCAR-NK cells as well as non-CAR-bearing ExaNK cells designed to improve the effect of monoclonal antibodies against both liquid and solid tumors.

The discoveries were made in collaboration with Exacis’ parent company, Factor Bioscience, and have been submitted for presentation at a major conference later this year. Exacis has also disclosed the details of these discoveries in a provisional patent application filed earlier this month.

“These results illustrate the sound scientific basis for Exacis’ approach to the development of next-generation engineered NK-cell therapies,” said Matt Angel, CEO of Factor Bioscience and chair of Exacis’ scientific advisory board. “Combining cell reprogramming with gene editing allows the production of a near-unlimited supply of genetically uniform engineered cells, while using mRNA for both the cell-reprogramming and gene-editing steps uniquely enables the generation of footprint-free cells with no risk of vector integration.”

The next steps for Exacis include scaling the iPSC expansion and differentiation processes to prepare for IND-enabling studies to be conducted later this year.

Finally, from late last year, word came from the Wellcome Sanger Institute, the University of Cambridge, and colleagues from more than 100 research institutions worldwide that two large-scale genetic studies had identified the bulk of genetic variation that influences medically-important characteristics of human blood cells.

By studying hundreds of thousands of participants, and identifying more than 7,000 regions of the human genome that control blood cell characteristics such as the numbers of red and white cells, the studies showed for the first time how a person’s genetic makeup contributes to developing hematologic cancer and other blood diseases. The results were published in the journal Cell. The researchers said that their newfound knowledge brings us one step closer to using genetic scoring in the clinic to predict the personal risk for developing blood disorders.

In these studies, anonymized genomic and healthcare data from the UK Biobank and other studies from the Blood Cell Consortium (BCX) were analyzed, including study participants of European, East Asian, and African American ancestry. The authors discovered 7,193 distinct genetic regions associated with 29 blood cell measurements, which represents the largest set of correlated genetic regions identified to date.

The researchers also assessed the potential for predicting blood cell traits based on polygenic scores, which are used to predict one person’s risk of disease compared to another’s based on the combined differences in their DNA. They found that polygenic scores could predict predisposition to complex diseases, including blood disorders.

“This study indicates that polygenic scores could be used routinely in personalized medicine in the future, following further research. The DNA of every human being contains millions of variations that make us unique and which influence what is normal for each of us,” said Nicole Soranzo, lead author of the study from the Wellcome Sanger Institute and University of Cambridge. “Genetics now helps us to benchmark what is normal from birth, and allows us, for the first time, to monitor for deviations from this baseline that might indicate an increased risk of disease during our lifetime.”