NEW ORLEANS—One of the several nicknames for New Orleans, which will host the 111th General Meeting of the American Society for Microbiology (asm2011) May 21 to 24, is the Crescent City. As it rolls out its program for attendees this month, ASM has a few curves to send in the direction of the microbiology community, all of them with an eye toward improving the conference. 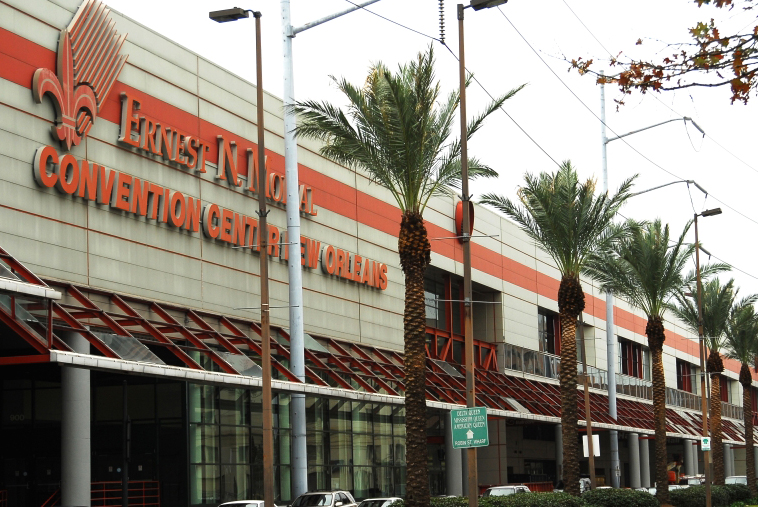 As noted on the ASM website, "New discoveries and research—often at the intersections between disciplines—are revolutionizing the field of microbiology. ASM understands that creating an outstanding professional development opportunity for scientists requires the same flexibility, innovation and creative thinking that fuels scientific endeavors."

So the organization designed asm2011 with a new format that will, it hopes, enable attendees to  "bring home more ideas" even as they take fewer days off work and "enjoy the unique and resilient city of New Orleans" while they do it.

In terms of logistical changes, asm2011 has shifted to an opening session and reception on Saturday evening, is offering three full days of scientific sessions from Sunday to Tuesday, and the meeting will now end on Tuesday evening, thus eliminating the extra half-day of past conferences and decreasing hotel expenses for attendees. In addition, member registration rates were reduced by $75 and student rates now start at $150.

In terms of educational content, ASM added a medical microbiology track for asm2011 that will focus on topics related to diagnostic microbiology and epidemiology and host 25 sessions. Also, a series of four Clinical Core Sessions will be held throughout asm2011, though this is more a name change than an addition, as they were formerly known as Sunrise Sessions. In terms of general programming, each morning will feature four concurrent plenary sessions focused on interdisciplinary topics of broad interest, afternoons will include 12 concurrent scientific sessions focused on more specialized topics and evening sessions will include a mix of 30-minute presentations by established investigators along with 15-minute oral abstract presentations.

In terms of abstract and poster changes this year, asm2011 will now host the most recent microbiology research possible through its new two-and-a-half hour Late-Breaker Abstract program held on Tuesday afternoon, and there will be expanded poster hall hours that include an additional 30 minutes to view posters each day by pushing back the start of the afternoon sessions to 3 p.m.

In terms of new features for the exhibit hall, microbiologists and their colleagues who only wish to tour the latest technology and services being offered by the exhibiting community will be able to do so free of charge. In addition, the Saturday night opening session noted earlier will take place in the exhibit hall, and the hall will be open from Sunday through Tuesday.

The new format and new mindset around the planning of the annual conference is, at its core, about flexibility, say Jeff F. Miller of the ASM Meeting Task Force; Margaret McFall-Ngai, chair of the ASM General Meeting; and Arturo Casadevall, vice chair of ASM General Meeting. They note that advantages of the new format include: a combination of sessions specifically designed for breadth (morning) or depth (afternoon); the ability to highlight young microbiologists by integrating their talks into full-fledged scientific sessions; a more manageable quantity of sessions to meld with a new programming process focused on integration and quality control; and the ability to make year-by-year adjustments to optimize the program.

"This modified format will ensure that any given session is developed not in isolation, but in the context of the total program," the organizers say. "This will provide a level of coordination and integration that has not been achieved in recent history, and it will allow the organizing committees to ensure that the meeting's objectives are being met. It also takes advantage of the well-oiled divisional structure of the Society without imposing a balkanized structure on the meeting."

If you want to talk with other people going toasm2011, get regular updates about the conference, and more, the ASM has set upa few online venues to help you out:

NEW ORLEANS—Once again at this year's annual meeting, ASM will feature its online job board and onsite placement service. Employers and candidates can post positions and resumes, identify others attending the meeting and communicate by e-mail to arrange face-to-face interviews onsite at asm2011.

Computers will be available to access the service at the membership booth and in the exhibit hall. The ASM Career Service is free for job candidates, though employers do have to pay a fee to post job offerings. ASM members have been encouraged to register in advance of the meeting to get a head start on their searches if possible. For more information, send an e-mail to placement@asmusa.org.

More for you at Morial

NEW ORLEANS—If you are attending asm2011, it might be worth knowing that the venue, the Ernest N. Morial Convention Center, was recently renovated and boasts 1.1 million square-feet of contiguous exhibit space, making it the sixth-largest convention facility in the nation and reportedly ranked consistently in the country's top 10 of facilities that hold the most conventions and tradeshows annually.

The amenities available to conference-goers run the gamut from a business center with a UPS Store that has both self-service and full-service offerings to culinary options to "satisfy the most discerning customers and covers the spectrum of dining options," from the 400-seat Atrium restaurant and lounge to the more elegant Ma Maison for gourmet dining. Also, the Lagniappe Food Court in Lobby G showcases Grille Works, Soup n' Salad and Seafood City, and in Lobby J sits Jazz City Café.

WASHINGTON, D.C.—The new Diagnostic Microbiology and Epidemiology Track being launched at asm2011 (mentioned in the main conference article at right) has been in the works for roughly a year, with the idea having been floated in May 2010. With the seed planted, the ASM Clinical Microbiology Task Force chaired by David Hooper then formed a Clinical Microbiology General Meeting Working Group. Chaired by Robert Sautter, who was Division C chair, the working group was charged with developing this track concept into a program that would address the training needs and research interests of medically oriented ASM members.

WASHINGTON, D.C.—The annual conferences of the ASM aren't your only chance for education, of course, and the association offers some of those other opportunities via telephone. ASM Teleconferences are one-hour, in-depth learning opportunities designed to reach hundreds of microbiologists with just one call. Each teleconference is an interactive live broadcast involving groups of people from many facilities in several time zones, and they typically begin at 1 p.m. Eastern time. Registration for the teleconferences must be completed online through ASM's eStore, and questions concerning the registration deadlines can be directed to teleconferences@asmusa.org. Upcoming 2011 topics include "Ten years after Amerithrax: Is BT training still necessary?" "The Role of ASM as a Partner in the Laboratory Response Network" and "Diagnosing Clostridium difficile Infection (CDI): What's A Laboratory To Do?"