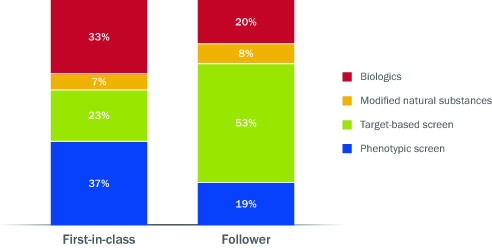 The rise of phenotypic screens. A) In the decade from 1999-2008, more first-in-class drugs arose from phenotypic screens, while target-based screens accounted for the majority of follow-on drugs (adapted from Swinney & Anthony Nat Rev Drug Disc. 2011). B) Ultimately, the difference between phenotypic and target-based screens is where the drug target comes into play (adapted from Terstappen et al. Nat Rev Drug Disc. 2007).
Oct 04, 2019|15 min read