ORLANDO, Fla.—They say all it takes is one person to make adifference. That may be a cliché, but that doesn't mean it isn't sometimestrue, as evidenced by a whole new subject area—phenotypic drug discovery—thatwill get major play at SLAS2013, more formally known as the second annualconference and exhibition of the Society for Lab Automation and Screening(SLAS), thanks to the urging of one SLAS member.
"High-content screening and cell-based analysis has alwaysbeen part of what we're about, but there's a 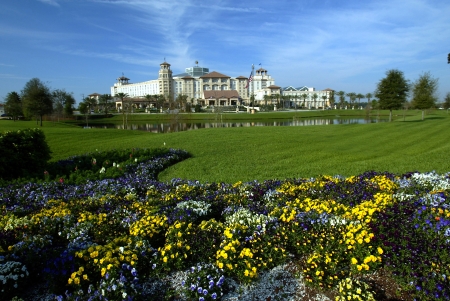 As SLAS, which is headquartered near Chicago in St. Charles,Ill., makes its way toward Florida for the SLAS2013 conference—to be held Jan.12-16 at the Gaylord Palms Resort & Convention Center in Orlando—thechanging needs of SLAS members and other conference attendees are very much inthe forefront in other ways as well.
"We've really expanded our coverage of bioinformatics thisyear to make it a full track, and that's an area we'd really like to emphasizeas a society and that we're really excited about growing," says SLAS2013Program Co-Chair Aaron Wheeler. "Informatics is outside my personal area ofexpertise, but it's very clearly an area in which it's important for SLAS tohave a presence."
"With the enlarged informatics program to a full track,that's 24 presentations on scientific informatics, covering things likecollaborative discovery, informatics in highly integrated systems andhigh-performance computing for laboratory data analysis," Hamilton adds.
Seven educational tracks comprise the scientific program. Inaddition to the new informatics track, and the high-throughput technologiestrack of which phenotypic drug discovery is a significant part, the other fivetracks at SLAS2013 are assay development and screening, drug target biology,micro- and nanotechnologies, bioanalytical techniques and diagnostics.
Outside of the scientific sessions in those tracks, Wheelerand Hamilton both point to a special highlight

with one of the three keynotespeakers, Charles Sabine, an Emmy-award winning television journalist andscientific advocate whose talk is titled "The Pursuit of Hope and Dignity: WhyEvery Link in the Medical Chain Matters."
"Charles is a journalist with intimate experience inneurodegenerative disorders and is very well regarded in that arena, though nota scientist or clinician," Wheeler notes. "We've even built a special sessionof talks around him."
"That's something new this year we haven't done before,"notes Hamilton. "Prior to his keynote, we'll be holding a specialneurodegenerative disease session that he will co-chair as a kind of roundtablediscussion. In the past, we haven't integrated keynote speakers into othersessions, so that will be something special for our closing day."
"SLAS members are collaborative problem-solvers who seek creative newways to build better mousetraps. Whether their labs are in college campuses,government agencies or corporate office buildings, SLAS provides a uniqueintersection for their multidisciplinary innovation," says SLAS President DaveDorsett. "By presenting a highly regarded forum for the introduction of newtechnologies, the SLAS2013 Exhibition and SLAS Innovation AveNEW, in particular,can catalyze and accelerate the process."
(To go on to part 2 of the SLAS2013 pre-show coverage, click here)
Oct 13, 2020|2 min read