Pivotal advancements in transgenic science in the 1970s and 80s helped launch the mouse as a model system for studying human development and disease.

Over the last 30 years, genetically modified mice have become omnipresent in research labs across the world. They even made the journey to the International Space Station (1)! Scientists use these mice to model everything from cancer to heart disease, obesity, substance abuse, arthritis, and more. The prevalence of genetically modified mice in contemporary biomedical research is the product of decades of research and international collaboration that transformed the study of human development and disease.

Following World War II, interest in both human and livestock fertility surged. In 1958, British biologists Anne McLaren and John Biggers from the Royal Veterinary College in London published a landmark study providing evidence that embryos cultured in vitro and then implanted into oviducts could develop to term (2). While this research informed our understanding of in vitro fertilization in humans, it also proved to be an important technique for the development of transgenic technology. 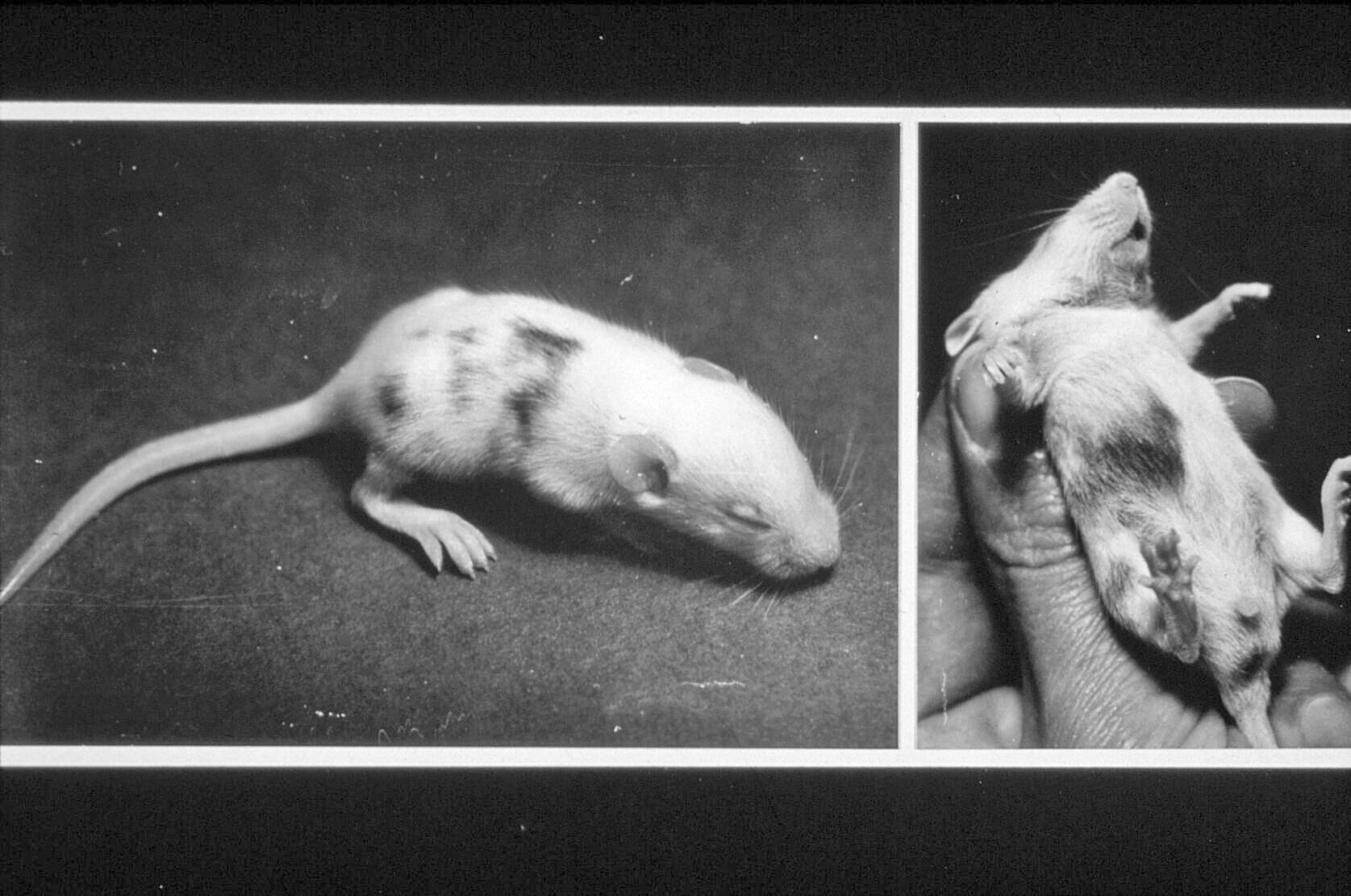 Later in the 1960s, developmental geneticist Beatrice Mintz from the Fox Chase Cancer Center in Philadelphia became one of the first to generate viable chimeric mouse embryos (3). To produce a remarkable striped fur pattern, Mintz used a novel method to fuse together embryos from differently colored mice, such as a black mouse and a white mouse, and implant these embryos into surrogate mothers.

“The most important paper I read in my career was from Mintz, where she described the generation of chimeric mice,” said Rudolf Jaenisch, professor at the Massachusetts Institute of Technology and trailblazer of transgenic science. “It just blew me away because you could manipulate an embryo in culture and make a mouse. I thought it was the coolest thing I ever read!”

At the time, Jaenisch was trying to figure out why adult mice that he infected with the virus SV40 developed sarcomas but not liver or brain tumors. He wondered if introducing the virus during early development instead of adulthood would cause viral DNA to appear in all cell types. With the hope of finding answers, Jaenisch called Mintz and she invited him to her lab. While there, he began injecting mouse embryos with SV40 DNA and implanting them into surrogate mothers. As the mice developed, he waited patiently for tumors to arise. But no tumors showed up, and without techniques to genotype the mice, Jaenisch’s work came to a standstill.

Jaenisch put his project on ice to start a new position at the Salk Institute, where he met Paul Berg. Berg had recently developed a technique called “nick translation.” He suggested that Jaenisch try this technique on his SV40-injected mice and, finally, Jaenisch confirmed viral sequences in his mouse DNA.

“They were truly the first transgenic mice!” said Jaenisch. Jaenisch and Mintz published their findings in PNAS in 1974 (4).

Following this breakthrough, Jaenisch wondered if foreign DNA could be passed on to offspring; two years later, he published a study showing germline transmission of leukemia virus (5). These studies formed the foundation for subsequent experiments that unpacked the role of epigenetics in silencing viral sequences during development. The work of Jaenisch and his colleagues spurred the next decade of transgenic research. 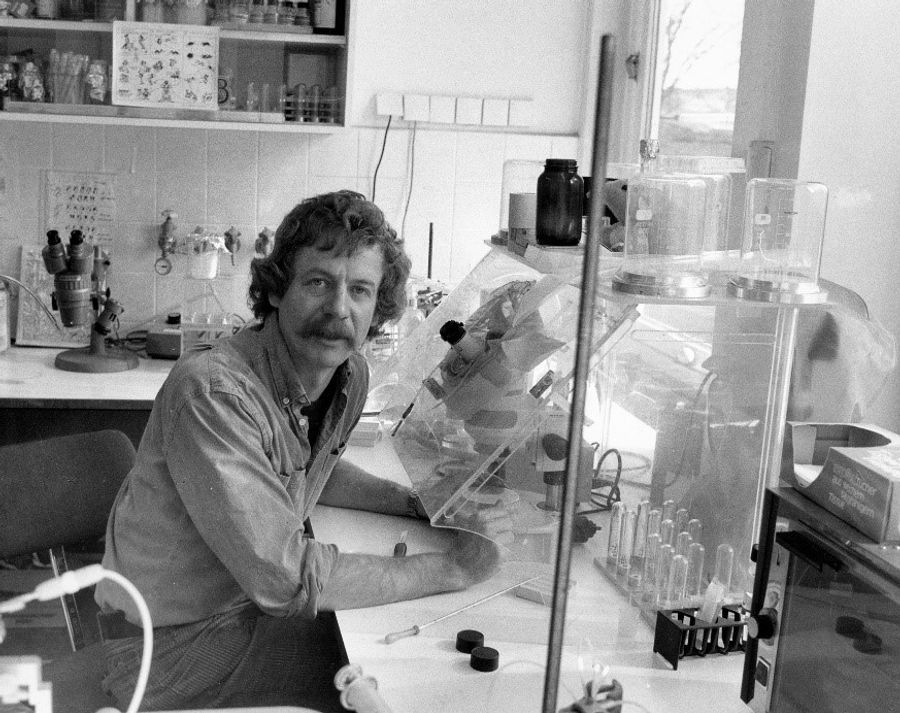 “The early 1980s brought the merger of molecular biology with embryology and then genetics. It was a cataclysmic explosion of these different technologies!” recalled Elizabeth Lacy, a professor at Memorial Sloan Kettering Institute and fellow pioneer of transgenic technologies.

In 1980, Lacy and Franklin Costantini, now a professor at Columbia University, received their PhDs from the California Institute of Technology. They packed their bags and headed to the University of Oxford to begin postdoctoral research positions in the lab of Chris Graham, where they immersed themselves in the world of mouse embryology. Shortly after arriving, they heard that Jon Gordon and Frank Ruddle at Yale University developed a new technique for introducing genetic material into fertilized eggs.

Fascinated, they sought out Ruddle in his lab at Yale while traveling for the holidays, and he taught them to perform pronuclear injections. After returning to Oxford, the research duo began experiments to introduce the rabbit ß-globin gene, which Lacy had cloned during her graduate studies, into the mouse germ-line. The pair reported their findings in Nature  in 1981 (6). “Our paper was the first one to show germ-line transmission by pronuclear transplantation,” said Lacy. 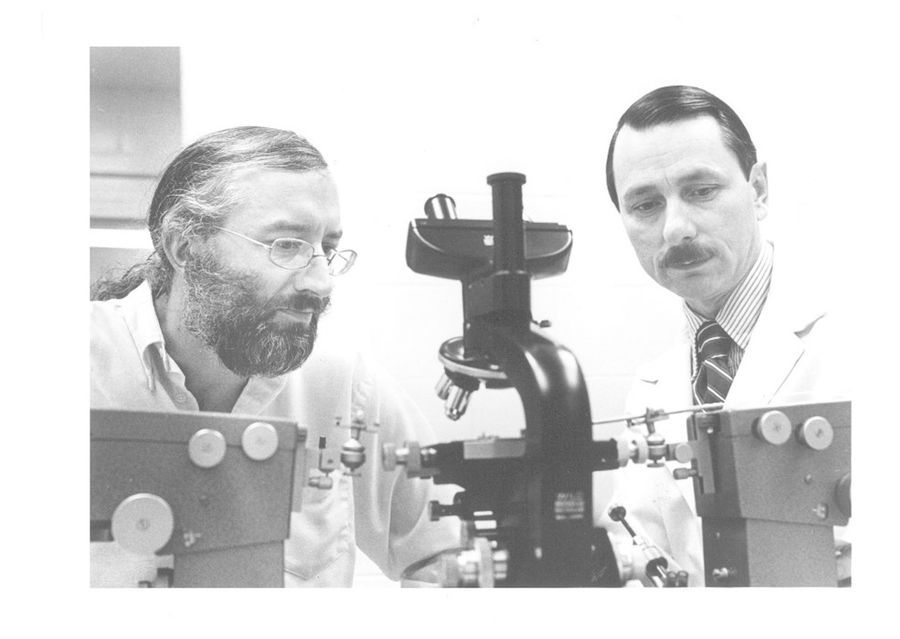 After collaborating for almost a year by mail and phone, Richard Palmiter (left) made the trip to visit the lab of Ralph Brinster (right) at the University of Pennsylvania in 1981.
Credit: Ralph Brinster

Meanwhile, Richard Palmiter, professor of biochemistry at the University of Washington, received a call from Ralph Brinster, a professor at the University of Pennsylvania who was instrumental in developing in vitro cultivation methods. Curious whether mouse oocytes could translate messenger RNA from another species, Brinster requested some chicken ovalbumin mRNA to inject into mouse eggs. The experiment worked beautifully, so Palmiter suggested that he inject the metallothionein gene, which he had recently cloned for his own studies. However, assays to detect many genes, including metallothionein, were not yet available.

Over the next few months, the two researchers regularly talked by phone. Palmiter continued to send different mRNAs for Brinster to test, while researchers in his own lab continued working with metallothionein. Eventually, Palmiter’s group successfully fused thymidine kinase, for which a simple detection assay existed, to the regulatory region of the metallothionein gene. Brinster got to work injecting the new plasmid into mouse eggs. Amazingly, when he incubated the eggs with cadmium, a natural inducer of metallothionein transcription, thymidine kinase activity sky-rocketed. The research team reported these remarkable findings in Nature in 1982 (7), and followed up soon after with a paper in Cell  debuting their first transgenic mouse carrying this fusion gene (8).

“It’s 1980, and there are very few genes that are cloned, and even fewer where anybody knows where the regulatory elements lie. The dramatic thing about our paper compared to the others was that we got expression of the gene,” said Palmiter.

In subsequent studies, the researchers fused the mouse metallothionein gene promoter to the rat growth hormone gene, and microinjected the DNA fragment into the mouse embryo. Mice that developed from these eggs and carried the new fusion gene grew to be significantly larger than their littermates (9). 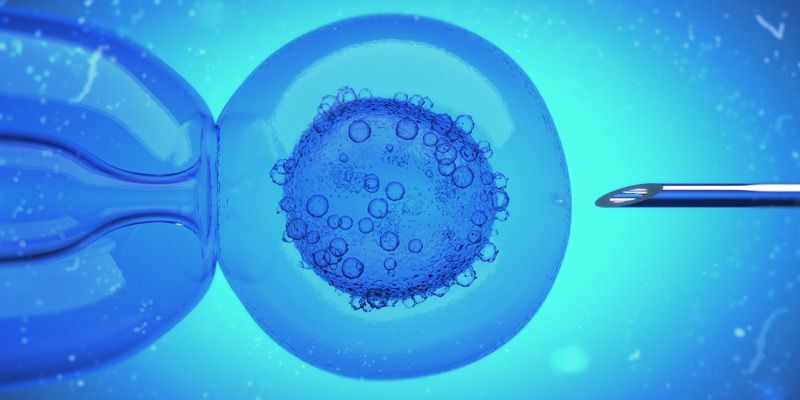 Palmiter and Brinster microinjected DNA constructs into mouse embryos. They were the first to achieve gene expression in transgenic mice.
CREDIT: RAZVAN25

Little did they know that these early experiments would place them in the vanguard of the transgenic technology movement. Brinster and Palmiter orchestrated a transcontinental collaboration over the years, which involved Brinster’s group clipping mouse tails on Mondays and shipping them overnight from Philadelphia to Seattle, where Palmiter’s team spent the remainder of the week preparing and analyzing the DNA. Every Saturday, the two researchers talked for hours over the phone, identifying the transgenic mice and outlining future experiments. “If you looked in my notebook, you would find that over the course of our collaboration, over 900 transgene constructs were sent to Ralph, almost all of which were injected and tested in making transgenic mice,” said Palmiter.

Although previous groups successfully introduced transgenes into mice and achieved germline transmission of the DNA, the DNA did not include the necessary regulatory machinery for its expression. “Without expression, as a technology, it’s virtually useless. So, our experiment demonstrated the feasibility of getting expression,” said Palmiter.

Although the 1980s was the decade of transgenics, Jaenisch also called it the “decade of transgenic artifacts.” Transgenic mice became a transformative tool for understanding gene regulation; they continue to lend valuable insights into human disease pathology. However, random integration, or the lack of control over where DNA lands once injected, plagued these early transgenic methods. Because transgenes could integrate anywhere, including areas with typically low expression of the gene, it led to less faithful models of human disease. 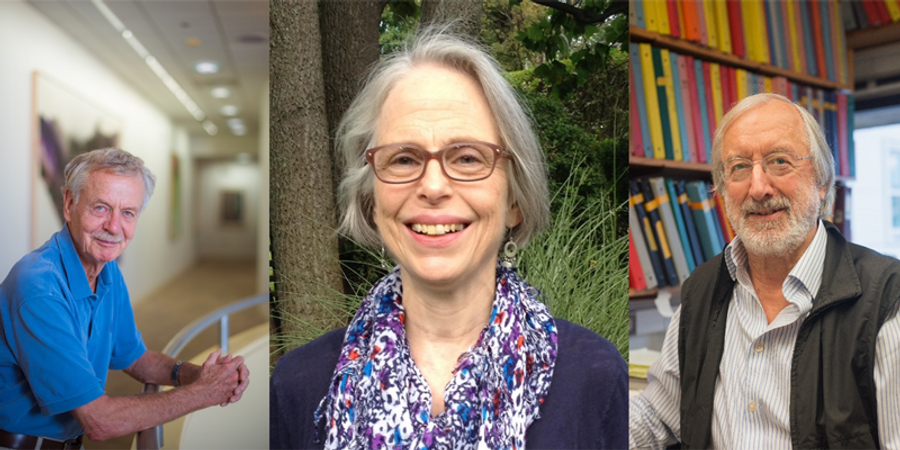 Since their introduction, transgenic mouse models for human diseases such as atherosclerosis, cancer, and Alzheimer’s disease have advanced our understanding of disease progression and yielded novel treatment options for these diseases, discoveries that could not have happened without transgenics.

“Making transgenic mice in the 70s and 80s was a major motor for understanding development, and has had an enormous impact on biological science,” said Jaenisch.

It’s all in the delivery

It’s all in the delivery