Through the lens of a microscope, cells look like they are filled with tiny, indistinct bubbles. But these bubbles are more than meets the eye. These liquid-like aggregations are clusters of proteins and macromolecules called biomolecular condensates, and they are critical for everyday function.

Researchers noted membraneless condensates in the early 1900s, but their role in cell function and disease was overlooked until the last decade. A group of researchers from Wageningen University and Research reported in a recent preprint article that they leveraged the power of condensates to fine tune some newcomers to the research scene: synthetic cells (1).

Synthetic cells are biologically engineered containers carrying proteins and nucleotides that work together to perform basic cellular functions, such as transport and energy production. Synthetic cells allow scientists to recapitulate cellular processes in a controlled setting. They also have the potential to act as a drug delivery system, shuttling drugs to a specific part of the body and releasing them based on a particular cue.

The key to a good synthetic cell is its container. Some researchers wrap the contents in a lipid-like membrane or engineered proteins, while others take a membrane-free approach, using engineered or synthetic material to form condensates. The researchers from Wageningen University and Research added a new twist for membraneless containers.

“There have been efforts to make artificial [membraneless] compartments, but these efforts were based on older chemistry,” said Kate Adamala, co-founder of Build-A-Cell and a synthetic cell builder at the University of Minnesota. “This paper is super clever because it uses a natural property of a really common, well-known, well-studied protein called actin. They use actin as a shell to create a compartment. It’s kind of elegant because it uses something every organism has.”

Actin is a protein that forms long, string-like, flexible filaments with other actin molecules. It acts like a scaffold in the cell, making it an attractive option as a container component for a synthetic membraneless cell. But that’s not why synthetic biologist Siddharth Deshpande, the senior author of the recent preprint, focused on it.

“We are interested in studying actin-condensate interactions,” said Deshpande. “We wanted to do this in an in vitro fashion in a controlled way. In one of the negative controls, we saw that when we mixed GTP and ATP in the condensate, we actually got something like a container.” 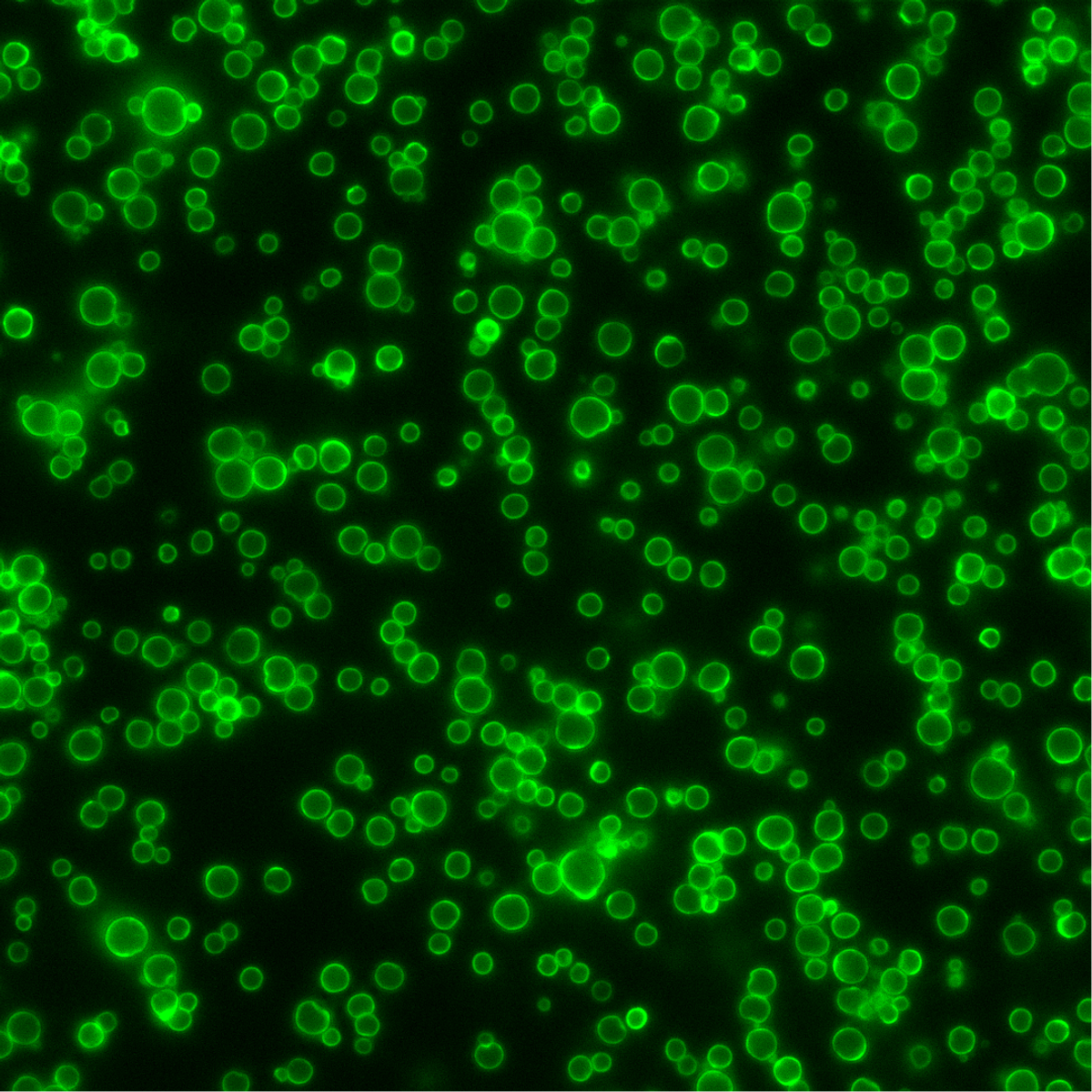 Deshpande’s group first created condensates containing ATP, GTP, and amino acid polypeptides. When they incorporated actin, the protein coated the outside of the condensate. They then triggered actin polymerization by adding ATP, which fueled the formation of long actin filaments from the actin monomers. These actin fibers transformed the small condensate into a more structured container supported by actin filaments, a structure Deshpande coined an actinosome. Akin to cells, their actinosomes could express a GFP-tagged protein from an RNA template.

“We can really easily make these containers,” said Deshpande. “We can make it in a tube by adding the solutions and vortexing it.”

Adamala is excited to see how Deshpande’s team builds on this work as they prepare it for publication.

“It would be really interesting to see if those compartments can form as you’re expressing actin [in the condensates]. That would make it really powerful,” said Adamala.

Deshpande is still fine-tuning the actinosomes and testing their capabilities as synthetic cell containers, but he thinks that they might provide an easy-to-make and use compartment for synthetic cell applications.

“Synthetic cells definitely have a very high potential for drug delivery. If you can make a smart container that can deliver the drug of your choice to the target of your choice, that will be amazing. At the same time, you want your container to be biocompatible, and actin is, of course, highly biocompatible,” said Deshpande.

A “morning-of” pill for on-demand contraception

A “morning-of” pill for on-demand contraception

Using artificial intelligence to give pharma and biotech a leg up

Using artificial intelligence to give pharma and biotech a leg up