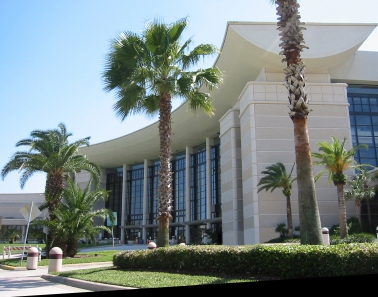 ORLANDO, Fla.—To shamelessly paraphrase and warp a famous quote about revolutions and television: The cancer revolution will be digitized. At the American Association for Cancer Research (AACR) 102nd Annual Meeting 2011 in Orlando from April 2-6 at the Orange County Convention Center, not only will cutting-edge research and theories in understanding and treating cancer be presented, but they will be webcast as well.

It's not the first time the AACR has used the web as a tool for the annual meeting. In previous years, the organization has made the opening ceremony, major plenary sessions and award lectures available free online as streaming video—and that tradition will continue. But in addition this year, meeting registrants who select the premium package can access exclusive online streaming access to the audio and slides for virtually all of the scientific sessions presented at the meeting. AACR does note, however, that participation in the AACR Annual Meeting Webcast is left to the discretion of each speaker, and as a result, some presentations may not be available for webcast, and some webcast presentations may not include all slides.

But for the many presentations that will be available, the speakers' slides will be synchronized with recorded audio presentations; speakers' mouse movements will be captured and included in playback; and the webcasts will be compatible with mobile devices and smart phones, such as the iPad, iPod Touch and iPhone. Once they become available in late April, presentations will searchable by session title, presentation title and speaker name, and the access to online content will continue for 15 months after the 2011 annual meeting concludes.

None of which would be possible, of course, without scientific sessions to begin with, and there too the AACR is making a few tweaks this year—as well as keeping momentum with previous alterations.

"We're preserving some of the key changes made by last year's organizers," says Dr. Joan S. Brugge, the program chair for the 2011 meeting and chair of the Department of Cell Biology at Harvard Medical School. "One that was endorsed overwhelmingly by the AACR members was opening each morning with an unopposed plenary session that covers major developments in cancer research that are of interest to the whole AACR community. These sessions created a strong sense of community."

In terms of some of the new tweaks, Brugge says the program committee wanted to make efforts to feature young scientists more prominently, and to do so they changed the scheduling of the mini-symposia.

"In past years, the mini-symposia were concurrent with major symposia and the current topics in organ site research," she notes. "This year, the mini-symposia will not compete with these sessions in order to provide more exposure to trainees and junior faculty in the AACR community."

In addition, she says, she and the rest of the committee also made efforts to cut down on double and triple talks by same presenters to provide "more exposure to more people and more science at the meeting."

The scientific session will cover a wide swath of the cancer research community in terms of both content and presenters, notes 2009 Nobel Laureate Dr. Elizabeth H. Blackburn, who is the current AACR president and also Morris Herzstein Professor in the departments of Biochemistry and Biophysics at the University of California, San Francisco. The 2011 program will reflect the AACR's strengths in basic, translational and clinical research, she says, as well as emphasizing the ways in which these once-distinct and very separate disciplines are now working together productively—and ways they can continue to do so even better.

The program will capture the advances in all these disciplines, with topics covering cancer mechanisms, systems approaches to cancer biology, diagnostics and therapeutics, translation of advances to the clinic and cutting-edge science in the prevention and early interception of cancer.

"I'm most excited about the scientific sessions that we've organized for this meeting," Brugge says. "The program committee and I were literally overwhelmed by suggestions for session topics by member subcommittees. It was very difficult to prioritize the topics for the final selections. There are many areas of cancer research that are literally blossoming and bringing new concepts to our understanding of cancer development."

Among those areas, she notes in particular studies of the tumor microenvironment, tumor heterogeneity, tumor self-stress adaptation and tumor immunity—"even exosomes, which is a newer concept that will be discussed at several talks in the meeting."

"The science of cancer research is just surging ahead, and there are so many interesting areas that are breaking and have built upon decades of tremendously good basic and translational and clinical research, and we're seeing some of this come to fruition and this will be very well represented at the annual meeting," Blackburn adds.

But in the end, Brugge notes, the patients are the ultimate endpoint for the efforts of AACR members and other cancer researchers, and that's one of the things that makes the organization's annual meetings so important.

"Most importantly for cancer patients, the labors of the whole cancer community to understand this beastly disease are bearing fruit," Brugge says, "both with respect to the development of drugs that target the alterations that drive tumor proliferation and survival, as well as therapies to mount an immune response to the tumor cells."

Dr. Yosef Shiloh, a David and Inez Myers professor in cancer research in the Department of Human Molecular Genetics and Biochemistry in the Sackler School of Medicine at Tel Aviv University in Israel, will receive the 51st annual AACR G.H.A. Clowes Memorial Award for his studies of the cellular DNA damage response and the rare genomic instability syndrome ataxia-telangiectasia (A-T), whose victims exhibit progressive neurodegeneration, immunodeficiency, striking cancer predisposition and chromosomal fragility.

"Dr. Shiloh is an international leader in the study of A-T, and his identification and cloning of the A-T gene provided for the first time a definitive diagnosis for so many who had gone without one," says Dr. Margaret Foti, CEO of the American Association for Cancer Research (AACR). "This discovery, along with his subsequent work, has played a critical role in increasing our understanding of DNA damage response and repair, which has important implications for cancer and other diseases."

Dr. Susan Band Horwitz will receive the eighth AACR Award for Lifetime Achievement in Cancer Research, in part for conducting pioneering research to discover the mechanism of action of the chemotherapeutic drug paclitaxel (Taxol), which prompted the development of this drug as an important therapy for many common solid tumors, including ovarian, breast and lung carcinomas. Her work has also contributed to the understanding of how microtubules function in normal and malignant cells and why stabilization of microtubules is a promising target for drug discovery.

"Dr. Horwitz has had a direct impact on millions of cancer patients around the world through her work in understanding the mechanisms of action of paclitaxel and other cytotoxic drugs," says AACR CEO Margaret Foti. "Her remarkable career and pivotal scientific contributions have influenced our understanding of how cancer drugs work and how to translate that knowledge into improved strategic treatments."

Horwitz, who has shown a continuing interest in natural products as a source of new drugs for the treatment of cancer, is the Rose C. Falkenstein Professor of Cancer Research and co-chair of the Department of Molecular Pharmacology at Albert Einstein College of Medicine of Yeshiva University.

ORLANDO, Fla.—The fifth annual AACR Team Science Award will be given to a group of molecular biologists, epidemiologists, biostatisticians and clinicians from Fred Hutchinson Cancer Research Center and University of Washington who have worked together on human papillomavirus (HPV) for more than 20 years.

"This team's work exemplifies how cancer research can dramatically impact public health," says AACR CEO Margaret Foti. "The researchers' long-term collaborations in basic science, epidemiology and clinical research played a vital role in increasing our understanding of HPV and developing the HPV vaccine, which has the potential to prevent more than half a million HPV-associated cancers each year, worldwide."

By combining molecular assays to detect and characterize HPV infections with epidemiologic approaches, the 12-member team showed that HPVs are associated with nearly all genital-tract cancers and with a significant proportion of head and neck cancers. The team also played a pivotal role in making virus-like particle-based vaccines a reality, from the early basic science work to the epidemiology, to the proof-of-principle clinical trial that showed that a monovalent HPV 16 vaccine protected against HPV 16 infection and disease.

WHAT TO DO IN ORLANDO
For some ideas of activities to keep you busy when you're not in scientific sessions or other AACR activities, click here.

Cancer and clinical trials in the spotlight

Cancer and clinical trials in the spotlight