Peanuts may be the key to treating peanut allergies

Promising results from clinical trials show that allergen tolerization works for many patients.

For people with severe peanut allergies, even a few crumbs can make their throats swell up and airways close, which can be fatal. Now, imagine asking them to gulp down a peanut every day.

That’s the premise behind a promising therapeutic strategy for peanut allergies called tolerization. If the body sees peanuts as a threat, regularly eating small amounts and increasing intake over time can teach the body that peanuts are safe. The first commercial peanut tolerization drug recently received Food and Drug Administration approval. As the earliest clinical trial participants reach milestones of long-term efficacy, people with peanut allergies may no longer need to live in fear of accidental exposures.

“We don't have a cure for peanut allergy, but I think it leaves the door open for patient preference,” said Edwin Kim, associate professor of medicine and pediatrics and director of the Food Allergy Initiative at the University of North Carolina School of Medicine. “Having options is going to be important.”

The immune system normally keeps us safe by recognizing foreign threats such as bacteria and viruses and launching an attack to expel them from the body. But in allergies, the immune system attacks innocent substances like peanuts. Allergen tolerization won’t cure anyone’s allergies — people should still steer clear of PB&Js and Reese’s — but the immune system will no longer respond to small amounts that one might accidentally encounter in school or restaurants, for example. 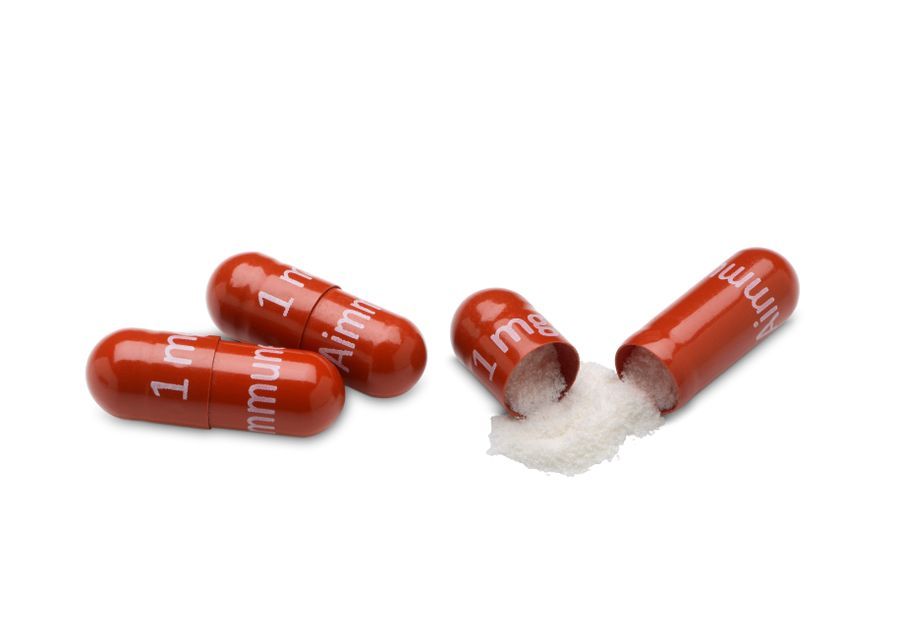 Caption: Palforzia comes as a powder packaged in a capsule. The powder can be mixed into food.
Reference: Aimmune Therapeutics

The first FDA-approved tolerization drug, Palforzia, uses a method called oral immunotherapy for delivering peanuts through food. People have tried feeding their kids small amounts of peanuts in hopes of tolerizing them for years, but it’s hard to control how much of the peanut protein they actually receive. To make the dosing more precise, researchers at Aimmune Therapeutics extracted the peanut protein and formulated a flour with controlled amounts of the allergen. The flour is mixed into foods and consumed daily. Patients start out at half a milligram of peanut protein (around one-six-hundredth of a peanut) and work their way up to the equivalent of one full peanut. Because of the risk of allergic reaction with higher doses, each dose increase happens at the doctor’s office under close supervision.

Recent clinical trials show that Palforzia continues to be effective in kids between the ages of 4 and 17 over periods of up to 3.5 years (1). While 13% of participants left the trial due to side effects, more than 75% of participants successfully reached the highest dosage. With every year, patients who remained in the trial saw a further decrease in symptoms like abdominal pain and anaphylaxis.

“I think it underscores the critically important point that the first year of therapy is much different than subsequent years,” said Stephen Tilles, senior director of medical affairs at Aimmune.

Side effects were mainly gastrointestinal, which may be a hazard of sending the peanut protein through the digestive tract. But patients don’t need to fully ingest peanut to make their immune systems confront it. One of the immune cells’ favorite spots to hang out is the mouth, which has inspired other classes of sublingual (under the tongue) and oral mucosal (using all the mouth’s surfaces) immunotherapies.

“The lining of the mouth is a fantastic classroom to teach the body what it should tolerate,” said Bill Reisacher, senior scientific advisor at Intrommune and professor of otolaryngology at Weill Cornell Medical College. “It does that with food.”

In sublingual immunotherapy (SLIT), patients hold around one milliliter of a liquid containing peanut protein under their tongue for two minutes. As with Palforzia, the dosage increases over time, but progresses to a smaller overall dose of 2-4 milligrams. A recent clinical trial at the University of North Carolina reported that this may be effective in children as young as 1-4 years of age (2). Toddlers receiving SLIT tolerated 30 times more peanut by the end of the trial. Testing these therapies in younger kids is critical because peanut allergies are diagnosed at increasingly younger ages as kids encounter peanuts earlier.

Kim was surprised to see how effective the treatment was despite the difficulties of administering it. “It's clearly hard enough to get a five- or six-year-old to cooperate with us, but then you're going to ask a one- or two-year-old to actually hold their tongue down and not swallow this,” he said. “To still get the results that we did, stronger than what we've seen in other kids… that was a very welcome surprise.”

There might even be other creative solutions to make it easier for kids. Reisacher contemplated this question after seeing the difficulties of allergy shots and sublingual drops.

“I really wanted to utilize more of the tissue around the mouth,” he said. “One morning when I was brushing my teeth, I looked inside my mouth and I saw where all the toothpaste was going and I said, wait a minute.”

It’s no easy task to make a peanut-protein toothpaste. The normal ingredients in a toothpaste break down the proteins, so Reisacher and his team had to design a new formulation that keeps the proteins separate from other molecules that might degrade them.

Their minty-fresh, cavity-fighting, peanut-tolerizing toothpaste received Investigational New Drug approval from the FDA in February 2021 and is ready for testing in patients. As of June 2021, Intrommune is recruiting 32 adults at two testing sites in New Jersey to conduct Phase 1 clinical trials. Reisacher hopes to have preliminary data by the fall to assess whether the product can safely reduce the number of allergic reactions and blood immunoglobulin levels.

Reisacher himself is allergic to peanuts and recalls feeling like the only one as a child in the ‘70s. Now, up to 3% of the American population has a peanut allergy, and patient advocacy was a large component of motivating Aimmune to develop a peanut tolerization drug.

Therapies for other allergens are also coming down the line. The team behind Palforzia at Aimmune is working on egg and multi-nut flours, and Intrommune has its eye on a multi-food tolerization toothpaste. There may even be next-generation peanut tolerization therapies that combine existing treatments with additional molecules that reduce IgE; one such treatment is currently in the works at Aimmune.

All of these treatments currently require indefinite use to maintain the regular allergen exposure required to keep the immune system desensitized. Aimmune is following some trial participants over five years to see if they will ultimately be able to tolerate peanut exposure without continued treatments, but that’ll take another 2-3 years to determine.

According to Kim, approximately 1,200 people have received Palforzia through the clinical trials so far, but wider adoption by patients has been “crazy slow.” COVID-19 is largely to blame. Palforzia received FDA approval in January 2020, just two months before the COVID-19 pandemic hit the United States. Suddenly, a treatment regimen that required regular visits to the clinic became unthinkable. Studies of patient opinion also revealed that uncertainties around insurance coverage and time commitment were barriers (3,4).

“[COVID-19] just changed priorities for a lot of families,” Kim said. Next year may be the better test, he added, especially as schools re-open, which is a common motivator for families to pursue allergy treatments.

Kim, a father of three, is thinking about his own upcoming decisions. His middle son had an anaphylactic reaction to peanuts at just nine months old. In recent years, regular tests have shown that allergy markers in his blood are waning. However, Kim knows that this can change in an instant; his son’s last blood test indicated worsening allergies.

“My wife and I are going to have to make that decision about what we do,” Kim said. “Is Palforzia the right way to go, or do we wait for the next best thing?”

A gene therapy for food allergies

A gene therapy for food allergies

Antibodies from llamas could help in fight against COVID-19

Antibodies from llamas could help in fight against COVID-19