SAN FRANCISCO—Most of the award lectures atasm2012 have been incorporated into sessions within the meeting's scientificprogram, instead of being separated out into their own program.

SAN FRANCISCO—Most of the division lectures at asm2012 have beenincorporated into sessions within the meeting's scientific program, instead ofbeing separated out into their own program.

"Diagnostic and Therapeutic Implications of NovelMechanisms of Resistance"

"Phagocytes: Heroes and Victims of Infections"

"The Microbiome of Nature's Vampires: Roles inHealth and Disease"

"Complications and Implications of NewTechnologies for Diagnosis of Infectious Diseases"

"Patterns and Maintenance of Microbial Diversity"

"Who's Doing What in Microbial Communities"

"Symbiosis as a Driver of Ecology and Evolution"

"Immunological Tools and Biomarkers for InfectiousDiseases"

"Ecology and Evolution of Unicellular Eukaryotes"

"One Health: Humans, Animals and the Environment" 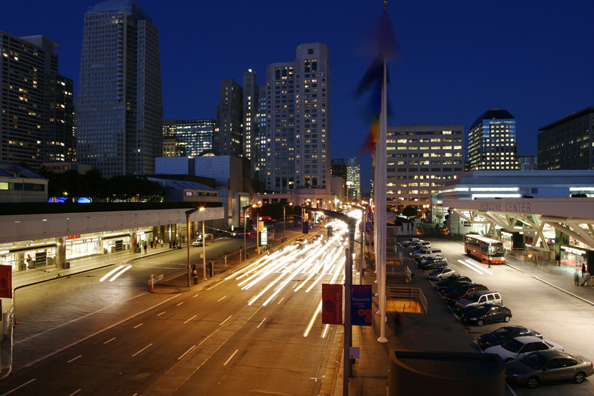 The convention center playing host to asm2012 inSan Francisco is the city's flagship Moscone Center. The June 15 to 19 meetingwill take place at Moscone North and Moscone South, both of which are picturedhere at night. CREDIT: Moscone Center 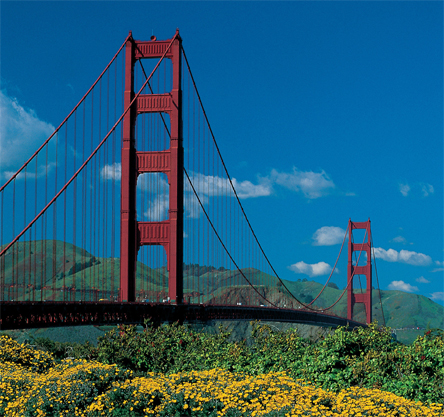 The 1.7-mile long Golden Gate Bridge is the onlyhighway connecting San Francisco directly with Marin County. It took more thanfour years—over 25,000,000 man hours in total—to build the Golden Gate Bridgein the 1930s; it officially opened to vehicles on May 28, 1937. The bridge'stwo tapered towers, which were sculpted in the Art Deco style of the 1930s,were once the tallest bridge towers ever built, soaring 65 stories above SanFrancisco Bay; also, when the Golden Gate Bridge was built it was the longestsuspension bridge in the world, and the 746-foot suspension towers were higherthan any construction west of New York. More than 40 million vehicles cross theGolden Gate Bridge annually. CREDIT: San Francisco Travel Association photo byPhillip H. Coblentz 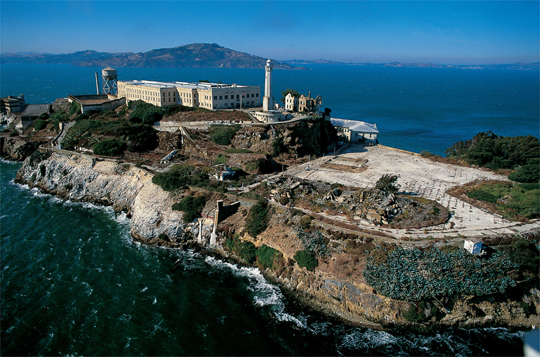 Alcatraz Island was home to the infamous maximum-securityprison that once held, among others, Al Capone and RobertStroud, who was known as the Birdman of Alcatraz. Visitors can ferryover to the island to partake of cellhouse tours and get spectacular views ofthe San Francisco skyline. Alcatraz Island, like Angel Island in the SanFrancisco Bay, also once served as a military post. CREDIT: San Francisco Travel Association photo by P.Fuszard 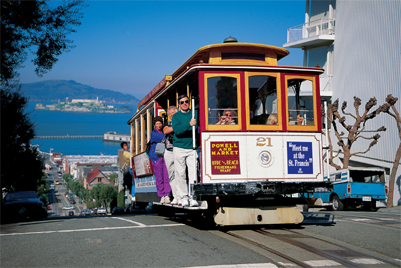 San Francisco's cable cars reportedly comprise thenation's only moving national historical landmark, running on nine miles oftrack along three of their original routes at speeds of around 9.5 miles perhour. An average of 13 million people travel on the cable car each year, andthis unique and nostalgic mode of transportation is popular not just withtourists but also locals who need to get around San Francisco but don'tnecessarily want to do it on foot, especially when steep inclines must betraversed—a frequent situation in the this hilly city. CREDIT: San Francisco Travel Association photo byPhillip H. Coblentz 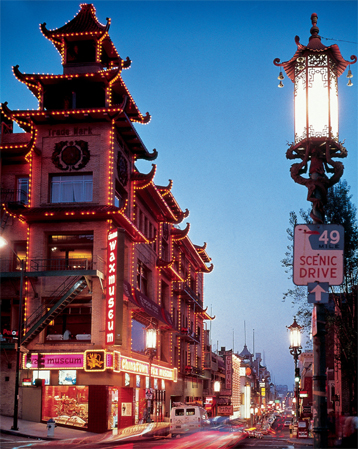 San Francisco's Chinatown is one of the largest suchcommunities in the United States. The intersection of Grant Avenue and BushStreet is considered the front door to this bustling and part of the city, andthere can be found a dragon-crested gate that was a 1969 gift from China. CREDIT: San Francisco Travel Association photo by SandorBalantoni 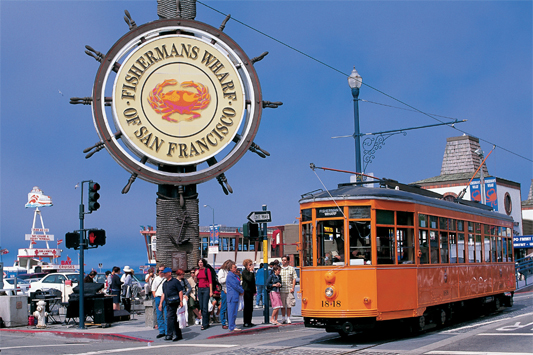 If you like seafood—both the taste and thepervasive smell of it—San Francisco's Fisherman's Wharf is a great place for asnack or a meal, offering a variety of fresh seafood that is typically ready fora to-go order. The Dungeness crab at Fisherman's Wharf is one of the mainattractions; a San Francisco favorite, this creature reportedly accounts forabout 99 percent of the crab catch in the Pacific Ocean. Various tourist spots,shops and eateries are also found near the wharf. CREDIT: San Francisco Travel Association photo by JerryLee Hayes 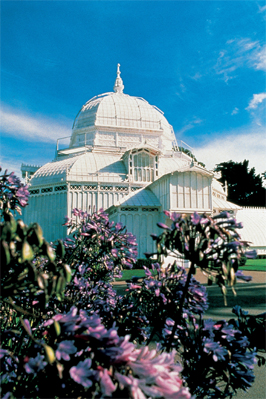 Lavender agapanthuses complement the facility inSan Francisco's massive Golden Gate Park that some call the park's "gloriousVictorian vase" but is officially named the Conservatory of Flowers. Said to bethe oldest public growing house in California, the conservatory was shippedfrom London to San Francisco in 1875 and is the oldest structure in Golden GatePark. CREDIT: San Francisco Travel Association photo by CarolSimowitz 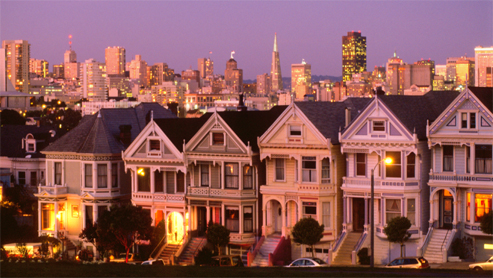 The tightly packed Victorian-style homes of SanFrancisco, often painted in bright or non-traditional house hues, are asignature image for many when they think of the city, and some 14,000Victorian-era homes remain in San Francisco despite 514 blocks of the citygoing up in flames following the 1906 earthquake. Alamo Square is a good placeto see the Victorian homes of Postcard Row, a portion of which is pictureshere, with the skyline of San Francisco in the background. Victorian houses inSan Francisco are often called Painted Ladies. CREDIT: San Francisco Travel Association photo by ChristineKrieg
(To return to the main article on asm2012, click here)
Jan 05, 2023|9 min read