DARMSTADT, Germany—In a strategic move aimed at bolsteringGermany's pharmaceutical value chain and enhancing its status as a biopharmaleader, the Lead Discovery Center GmbH (LDC), a small-molecule drug discoveryspin-off of Max Planck Innovation GmbH, has signed a cooperation agreement withMerck KGaA for the discovery of kinase inhibitors as potential cancertreatments.

Out with the old, in with the new

Out with the old, in with the new

In search of HRD harmony

In search of HRD harmony 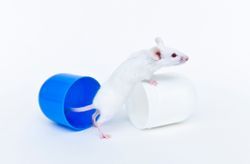 At the vanguard of metabo-oncology

At the vanguard of metabo-oncology