A native Hawaiian, anthropologist, and genome scientist, Keolu Fox investigates how mutations found in indigenous populations contribute to human health and emphasizes the importance of considering who benefits from research involving indigenous genomes.

As we spoke through a spotty cell phone connection, Keolu Fox set up COVID-19 testing and vaccination sites on the remote French Polynesian atoll, Teti’aroa. This sort of community work is nothing out of the ordinary for the anthropologist and genome scientist from the University of California, San Diego.

Fox’s multidisciplinary research centers around supporting indigenous communities, from using the latest gene-editing tools to investigate the function of mutations in populations to analyzing how pathogens shaped genomes throughout human history.

As a self-described indigenous futurist, Fox hopes that his research will provide solutions to the health inequities faced by indigenous communities and give them tools to exert more control over their genomic data.

How did you become interested in genomics and anthropological research? 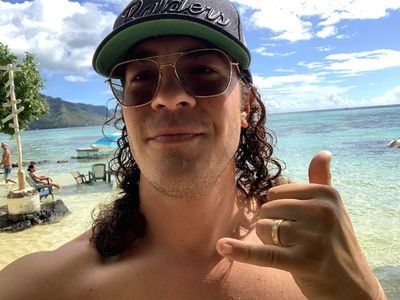 Keolu Fox, an anthropologist and genome scientist at UCSD, studies how mutations found in indigenous populations contribute to our understanding of human health.
Credit: Keolu Fox

Being Hawaiian and spending time on the Big Island of Hawaii, I was exposed to the diversity of planet Earth. It's the invasive species capital of the world. It's also a biodiversity epicenter and an extinction capital. So, it’s hard not to recognize natural selection and make observations that directly involve genetics.

With respect to human beings, my auntie is a colonel in the United States military. She's in the Public Health Corps, so I grew up traveling all over the world and learning about hepatitis outbreaks, public health campaigns, and new technologies for point of care and vaccine delivery — before it was cool.

My ancestors have always been scientists. We found places like Tahiti, the Marquesas, and Hawaiian Islands using some of the most advanced navigational techniques in history. I grew up around that. It informs our practice of making observations and thinking about scientific data through an indigenous lens.

What influence will indigenous genome data have on drug development?

As we learn about indigenous people and the way that geography has shaped our genomes, we realize that this information is quite valuable for thinking about biological mechanisms. High elevation populations in the Himalayas have unique genetic adaptions that reflect subsisting at high elevation for 10,000 years. That helps us learn about oxygen metabolism, and those insights have already expedited the development of pharmaceutical drugs. Those are gifts that we earned through our diaspora and our migratory history because of our relationship with geography.

How do you help indigenous communities benefit from their genetic data?

There is an obvious parallel between data as a resource and every other resource such as oil, diamonds, rare earth minerals, and timber. We educate our communities on the potential use and misuse information. We root every project in indigenous data sovereignty because we want our communities to be in control.

We created the Native BioData Consortium, which is the first independent genome sequencing center and biospecimen repository on indigenous land in Cheyenne River. We're creating a vertical integration of technologies to put communities in control of their data. Now, if Pfizer, Merck, or GSK wants to work with the community, we build consensus around that. If the community wants to be involved in the development of a drug, the companies have to pay to play with our toys. We need to help our communities create avenues for technological independence and democratize the use of these tools.

What advice would you offer to researchers using human genomics for drug discovery?

Think critically about the scientific question. Is the question rooted in or prioritized by the community from which they are extracting DNA, or does it fit an agenda?

When thinking in terms of the “greater good,” think of whose greater good. This is a reflection of values and worldview, not reality. It doesn't reflect local complexities of health-related issues or the health disparity that exists in individual communities.

You recently wrote about the importance of investigating the function of mutations that occur in indigenous populations before developing theories on why those mutations arose. How have scientists run into trouble with this in the past?

In 1959, there was an anthropologist named James Neel who noticed that a lot of indigenous communities developed metabolic diseases like obesity and type two diabetes. Polynesian people have an incredible migratory history. We left Taiwan, went into the Pacific, and finally made it to the Polynesian triangle. According to a theory that Neel developed called the “thrifty gene postulate,” we were able to make those migratory journeys because we were adapted for hypercaloric storage. There were feast and famine cycles on our voyages. Then finally, when we reached modernity, we slowed down and our lives became less active. Because we're predisposed for hypercaloric storage, we develop type two diabetes and metabolic disorders. It's a nice story, right?

But it discounts our culture. We had canoe plants like sweet potato and taro that we carried with us on our voyages. We worked on animal husbandry. At no point did we ever have problems with calorie scarcity during our diaspora.

Later, scientists found a genetic mutation in Polynesian people in CREBRF, which looks like it predisposes to obesity, but protects against type two diabetes. How do we explain this distinction between history and Neel’s thrifty gene postulate?

I had this awesome professor who often told me, "Keolu, buy me a whiskey. Tell me two genes, and I'll tell you a story." I can take any two genes in the human genome, and I can make you a nice story. I can describe it in terms of biology, but the data might be correlative at best.

My postdoctoral advisor Alexis Komor, who created base editing at Harvard Medical School, and I took evolutionary narratives like those to task. We have an isogenic cell line set up where one cell line doesn’t have a mutation and one cell line does. We can see what a mutation actually does. We've moved from correlation and speculation to causation. We decided to use the most cutting-edge technologies available to rewrite history. It's very empowering for our communities because it allows us to use that data in the context of the things we know about our history.

Do you know why the CREBRF mutation predisposes people to obesity but protects against type two diabetes?

It looks like it's involved in muscle density. A higher percentage of professional athletes of Polynesian ancestry have the CREBRF mutation, so it's more like a tall, dark, and handsome gene than it is a thrifty gene.

I’m interested in how pathogens have shaped our genomes historically. Colonists arrived in indigenous areas, causing events that resulted in about 80% population collapse. Geographer Jared Diamond attributed this to guns, germs, and steel. It’s really germs, germs, and germs. So, when colonists introduced smallpox and only 20% of the population lived, those who survived had genetic modifications or mutations that predisposed them to not dying.

These population collapses or bottlenecks are very interesting. When we sequence the genomes of ancient individuals from a population and compare their genomes with those of their contemporary descendants, we can see those bottlenecks. We can see how exposure to many diseases have shaped the genomes of indigenous people today. Not only that, but we can also see how that has a role in our predisposition to inflammation in complex common diseases. We're connecting ancient genomics to questions around our health today to provide the types of treatments we might need.

What do you find most rewarding about your research?