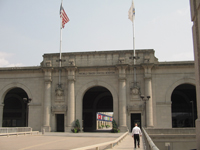 The conference—formerly known as DDT—received a name change and facelift this year. Unlike previous conferences, which provided a broad overview of drug discovery and development technology, this year's show offered a more focused look at strategies for successful discovery and smooth transition into the clinic.

According to IBC Life Sciences, the conference was attended by a diverse mix of research scientists, project managers, finance and information system leaders, academics, business developers, financial analysts, engineering and technology analysts, consultants and others engaged in the business of drug discovery. While attendees were overwhelmingly from North America, the conference was also attended by a large contingent from Europe and Asia.

The oligonucleotide therapeutics conference proved to be especially popular. Dicerna Pharmaceuticals Inc., a second-generation RNA interference (RNAi) company developing novel therapeutics utilizing its proprietary Dicer Substrate Technology and dicer substrate RNA (DsiRNA) molecules, delivered a presentation titled "A Novel Dual Inhibitory Function Anti-HIV Envelop Aptamer-siRNA Chimera." Dr. John J. Rossi, Dicerna's co-founder, discussed RNA interference (RNAi) utility as a powerful mechanism that can be used to inhibit replication of the human immunodeficiency virus (HIV). He highlighted dual inhibitory function aptamer-siRNA chimeras, developed such that both the aptamer and the DsiRNA have potent and long-lasting anti-HIV activity. Rossi also introduced a modular aptamer-DsiRNA strategy allowing "mixing and matching" of different DsiRNAs with a given aptamer.
"These data are relevant to Dicerna, as they speak to the adaptability of our Dicer Substrate Technology and also support our 'double hit' rationale for maximizing the therapeutic potential of our proprietary oligonucleotide drug candidates," said Rossi's colleague, Dr. James C. Jenson, CEO and co-founder of Dicerna. "While HIV is not a disease area we intend to pursue internally, the data is important; first, to showcase the ability of DsiRNA molecules to achieve superior potency and duration of action against specific disease targets; and second, to demonstrate cell-specific targeting and intracellular uptake of DsiRNA molecules conjugated to highly selective targeting moieties such as aptamers. Per our recently announced collaboration with Archemix, we are further exploring the therapeutic advantages of DsiRNA-aptamer conjugates against important cellular targets."
In the same conference segment, Dr. James D. Thompson, vice president of pharmaceutical development at Quark Pharmaceuticals Inc.—a development-stage pharmaceutical company discovering and developing novel RNA interference (RNAi)-based therapeutics—described Quark's pipeline, which includes PF-04523655, a synthetic siRNA in Phase II clinical studies licensed by Pfizer in multiple ophthalmology indications, and QPI-1002, a synthetic siRNA in Phase I/II studies for two renal indications. The presentation, titled "Design and Development of Synthetic siRNAs for Clinical Applications," incorporated an update on Quark's clinical studies; a case study on the first siRNA administered systemically to man; and an overview of Quark's strategies to optimize synthetic siRNAs for clinical applications while avoiding off-target effects.
In addition, Dr. Michael V. Templin, vice president of discovery research and pharmaceutical development at MDRNA Inc., announced positive data on the company's proprietary UsiRNA technology, demonstrating that its UsiRNAs are highly potent against metabolic disease and cancer targets in rodent models. Further, the data established that the knockdown of these targets is achieved via an RNAi-mediated process. Of particular importance, according to MDRNA, is that the data demonstrate that strategic placement of UNA (unlocked nucleobase analogs) results in the ability to manipulate, either increasing or decreasing, strand-specific activity thus minimizing off-target activity and providing the ability to impart improved drug-like characteristics to the UsiRNAs.
"UNA-modified siRNAs are novel and proprietary constructs that have high potency in target mRNA reduction. In addition, we have recently determined that strategic placement of UNA in the siRNA reduces micro-RNA-like off-target activity. This observation is distinct from, and in addition to, our previous work in which we have demonstrated that UNA residues have a dramatic effect on reduction of cytokine induction by siRNA," said Dr. Barry Polisky, chief scientific officer of MDRNA. "We are encouraged by these significant results that demonstrate the versatility of UNA and UsiRNAs for improving the safety and specificity of RNAi, and reinforce our confidence in our UsiRNA platform."
"Repeated positive results from multiple in vivostudies in rodents using our UsiRNAs and DiLA2 delivery platform has led us to the initiation of preclinical safety and efficacy studies in non-human primates," added J. Michael French, MDRNA's president and CEO. "We are one of a handful of companies to have initiated non-human primate studies with a liposomal-based delivery system and we look forward to reporting positive data this quarter."

Finally, Dr. Hong Moulton, director of discovery research at AVI BioPharma Inc., a developer of RNA-based drugs, provided an overview of the company's peptide-conjugated morpholino oligomer (PPMO) technology for treatment of Duchenne Muscular Dystrophy. According to Moulton, potential utility of PPMO chemistry for the systemic treatment of DMD has been demonstrated in mouse and non-human primate models. Preclinical studies have shown that the PPMO conjugates entered muscle cells, caused targeted exon-skipping, restored dystrophin and reduced pathology and improved function of muscles. Results from a single dose escalation clinical study of AVI-4658, a PMO therapeutic, demonstrate that a single intramuscular (IM) showed that injection of the drug into a small foot muscle of several DMD patients successfully induced dystrophin production in each patient as compared to placebo treated muscle in the contralateral foot.

About 75 manufacturers, tool providers, software companies and trade press conversed with attendees in the exhibit hall, where many new technologies were on display.

Joanne Green, vice president of Grace Davison Discovery Sciences, noted that for decades, flash chromatography has been the primary technique used to purify new entities in the early stages of drug discovery. The purified compounds are then tested for their potential to be viable new drug candidates.

"A global product development effort was made to address an unmet need in the marketplace: helping synthetic and medicinal chemists streamline purifications of mixtures during the design and synthesis of promising new chemical entities," Green said. "We drew upon wider industry expertise and sought specific 'voice of customer' input when designing the product's features. Today, we are proud to receive this R&D 100 award as an affirmation of our innovation."

"Screener enables scientists and researchers to modernize their data management infrastructure and is fast becoming the lead discovery software platform of choice for forward-thinking pharmaceutical and biotechnology companies," said Dr. Othmar Pfannes, CEO of Genedata. "While this is due in large part to the system's inherent scalability and ease-of-use, Screener 7.0 sets new standards of excellence for statistically sound processing of extremely large and complex data sets and can easily integrate with multiple technologies." 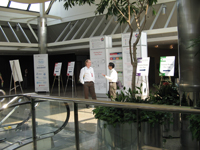 TTP LabTech Ltd., a supplier of custom automation and laboratory instrumentation for the healthcare, biotech and pharmaceutical sectors based in Cambridge, England, announced the results of two collaborative studies using its renowned Acumen eX3 fluorescence microplate cytometer. The first collaboration involved the analysis of a hybridoma screen using both the FMAT 8100 HTS system (Applied Biosystems) and an Acumen eX3 laser scanning cytometer. Resultant trends for quantification of cell- and bead-based bound antibody were comparable between the two instruments. Data demonstrated that the Acumen is highly suitable for homogeneous binding assays and is a viable alternative to the discontinued FMAT assay detection instruments, according to TTP Labtech. In addition, the company said a recent collaboration with Nerviano Medical Sciences aimed to increase throughput of a complex four-color multiplexed cell cycle assay without a deleterious effect on data quality. The Acumen achieved a 4.5 fold increase in throughput and the results proved to be in good concordance with those of the Cellomics ArrayScan, the company said.
Next year's show 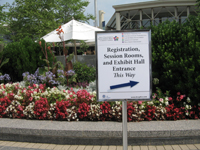 IBC Life Sciences announced at this year's show that the annual conference will convene in 2010 in San Diego. Further details are not yet available.
Feb 12, 2020|3 min read