Researchers use fruit flies to figure out how genetic mutations disrupt biology and how drugs might reverse these effects.

The 11-year-old was the kind of patient who could puzzle doctors for years. Her perplexing symptoms — microcephaly, epilepsy, poor muscle tone, and small hands with fingers that tapered down to a point — couldn’t be explained by any of the common developmental diseases in the physicians’ repertoire. But one-of-a-kind patients like this are the Undiagnosed Disease Network’s (UDN) specialty.

By bringing together teams of clinicians and scientists, the UDN solves the genetic mysteries underlying rare conditions. The root cause often lies in the genome, where key genes involved in development or normal biological processes malfunction. Experts spend hours sifting through genomic sequencing data from patients and their family members looking for suspect mutations. But a hunch isn’t enough. To prove that they’ve found the culprit, they need some help from an unexpected partner: the fruit fly. 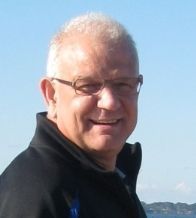 This tiny winged creature, best known for hovering around overripe fruit and particularly fragrant trash, may not seem like it has much to teach us about human disease. But Hugo Bellen, director of the UDN’s Model Organism Screening Center at Baylor College of Medicine, and his team have already used flies and other creatures to pinpoint the genetic cause of 35 mysterious diseases and counting.

“The most interesting genes for us are the genes where nothing is known,” said Bellen. “We start from scratch. To me, that adds new biology.”

Even before he launched the Model Organism Screening Center, Bellen had already found that of 160 genes related to neurodegeneration in the fly, 35% were also implicated in human disease. (Now, with more studies, the number is even higher.) Working with a physician collaborator, he found two patients who had microcephaly caused by a mutation in a human gene. When they created the same mutation in flies, they also developed a small brain. This caught the attention of the UDN, and Bellen’s team at Baylor was tapped to design more model organisms for rare diseases.

To figure out whether a gene actually causes a disease, scientists need to be able to manipulate it the way a mutation might: turn it on or off. Then they try to fix it and see what happens. But they can’t do this kind of experiment in humans. Model organisms provide a way to take advantage of the similarity between genes in different species, especially genes that are key players in development and likely cause of the mysterious symptoms reported in UDN patients. The fruit fly, known scientifically as Drosophila melanogaster, is just one of three model organisms in the UDN’s arsenal, which also includes worms and zebrafish.

Flies are the UDN’s most commonly conscripted model, used in more than half of the cases that Bellen’s team tackles. In part, this is because around 65% of fly genes are similar to human genes. Flies’ quick growth and cheap maintenance are also important assets, especially for rare diseases. 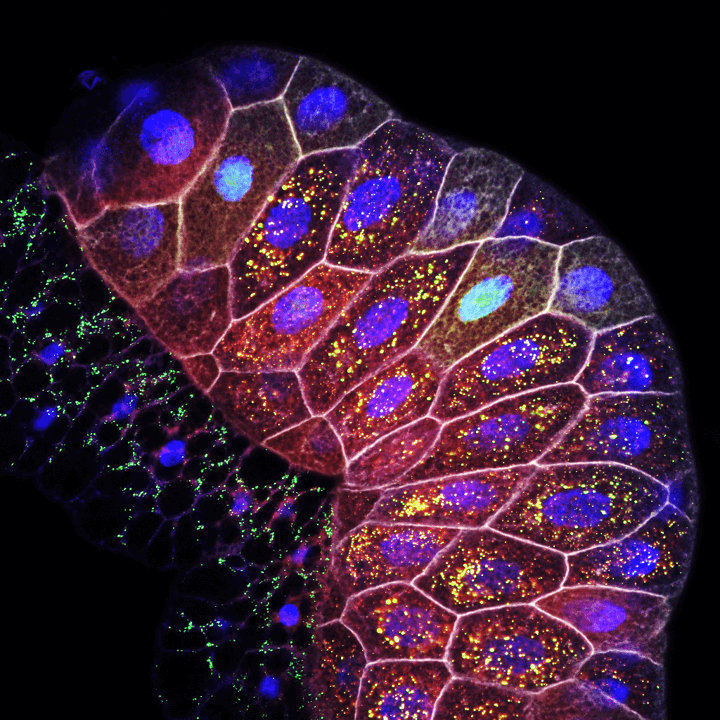 Salivary gland cells from a fruit fly model of ACOX1-driven neurodegeneration, one of the diseases that Bellen’s team has modeled in flies. ACOX1 (red) is overexpressed in this fly.
CREDIT: HYUNGLOK CHUNG

“The Drosophila model is particularly suited for rare genetic diseases, because of the willingness of labs to work on only one or two patients in the whole world,” said Zhe Han, a developmental biologist at the University of Maryland Medical School who uses flies to modeacl human diseases and therapies. Mouse models can be slow and expensive. “But if you gave me a rare disease patient — only one in the whole world — I could generate a fly model because it's low-cost and fast.”

Decades of research in flies have also yielded carefully calibrated methods to insert and control genes. For example, Bellen has developed technology that allows him to flexibly insert fly and human genes, add mutations, turn them on and off in specific parts of the fly’s body, and track them visually with fluorescence (1). This means that it might only take a few months to develop a fly that mimics a human’s mutation, compared to years for other animals like mice.

And when there’s a patient waiting for an answer, speed matters. “Physicians want fast,” Bellen said.

Bellen is currently working on making this process even faster by designing ready-made flies to study each of their 10,000 genes that resemble human genes. This will cut down the time for future studies to mere days or weeks.

Nancy Bonini, a neuroscientist at the University of Pennsylvania, is impressed by the creativity of new technologies developed to study fly genetics and researchers’ willingness to share this technology with others — something that piques the attention of scientists across many disciplines. At annual fly research conferences, she has noticed more human biologists in the audience who are interested in how these advances might help answer questions about human disease.

Take the nervous system, for example. “Even though it's drastically smaller than the human brain, flies have a brain, in some ways, a lot like ours,” said Bonini, who is not involved in UDN studies and uses flies to study neurodegeneration. “It's remarkable that you can recapitulate fundamental disease effects in a fly.” Diseases that affect muscles, such as the heart or the kidney, are also good candidates for fly studies, according to Han.

Even in these diseases, not all patients are well suited for a fly model. It takes a group of two clinicians and six geneticists scouring the literature to figure out if the gene implicated in a UDN patient can be precisely modeled in flies.

But when it works, flies are powerful tools for studying rare brain conditions, as a recent study and preprint from the UDN demonstrate. The study, published in Human Molecular Genetics, focuses on the case of the 11-year-old with the puzzling neurodevelopmental disorder (2). Sequencing her genome revealed a mutation in a developmentally important gene called RNF2, and a Baylor College of Medicine database called GeneMatcher revealed one more patient with a different mutation in the same gene and similar symptoms.

Flies have a similar gene called Sce that is essential for survival. When Bellen’s team inserted the normal human gene into flies lacking Sce, it “rescued” the flies. That is, they survived. But with the mutated versions of the gene found in the patients, no flies survived, showing that the mutation critically damaged the function of the gene.

The preprint reported a similar approach for investigating a mutation in the FZR1 gene, which is involved in neuronal cell division, in patients with rare epilepsies (3). The mutated version of the human gene hampered development of the flies’ nervous system, offering a clue to how it might cause the patients’ diseases.

“It’s still obviously early steps, but they're extremely important steps that matter a lot to families as well as to the research field in general,” Bonini said. Han agreed that showing the functional influence of a mutation is a big step; finding a suitable drug is an important next step. 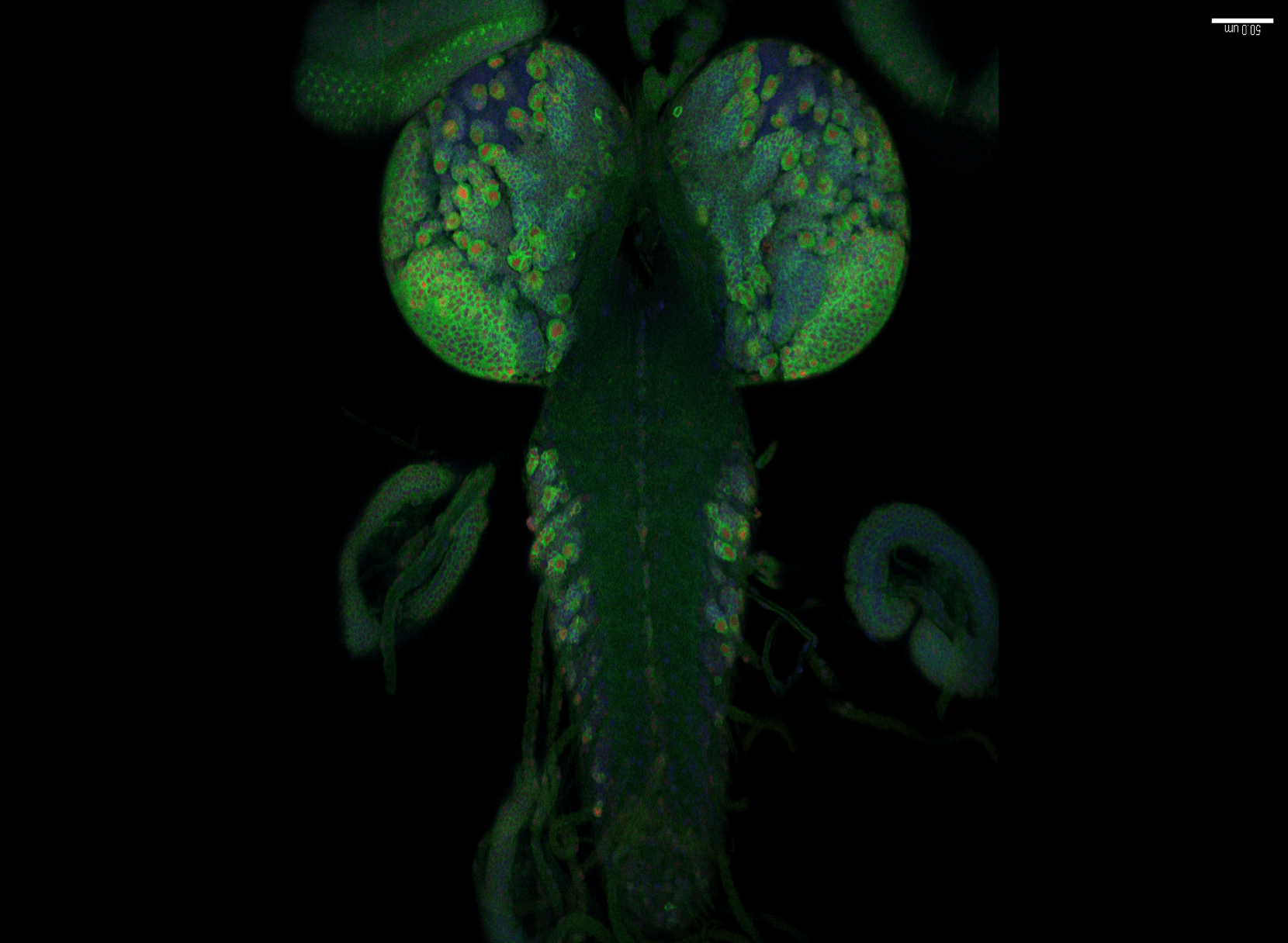 For some other diseases, Bellen has used the gene that he identified in flies to prioritize drugs that modulate that gene’s function or pathway. These drugs can even be tested in flies first to show that they rescue flies with the mutated human gene. Just this past summer, one such drug identified and tested in flies was approved by the Food and Drug Administration to treat a rare genetic form of neurodegeneration (4).

These studies of rare neurological diseases can even offer insight into the pathways involved in broader categories of neurodevelopmental diseases and epilepsies. Bellen has found this to be true in his past rare disease studies, which have identified important genes involved in common diseases such as Alzheimer’s disease, Parkinson’s disease, and multiple sclerosis. One of the early cases that he studied in flies — replicating the mutations found in a pair of young patients with microcephaly — even offered insight into how Zika virus might cause similar symptoms.

Finding more patients helps pinpoint the faulty mechanisms causing the disease, and one of the best ways to find more patients is to publish studies. Many parents know the genetic mutation their child has and are eager to learn more, so they closely follow the scientific literature for any mention of the gene. When Bellen publishes a paper about a specific gene, he often finds that it leads to a flood of emails in his inbox from parents of kids with similar mutations. One study he published in 2017 started with 2 patients; in the years since the paper was published, the study has ballooned to 300 patients. A case study published last year has already recruited seven more patients.

Bellen often gets to meet the patients and families at the center of his studies. Some of his research is funded by groups of parents who are eager for research to uncover the cause — and hopefully, a gene therapy — for their children’s diseases.

“You wouldn’t think of a fly lab being this close to patients,” Bellen said. “It’s a motivator.”

Correction: October 19, 2021. An earlier version of this story stated that Hugo Bellen and the Undiagnosed Disease Network’s Model Organism Screening Center are associated with Baylor University, but they are actually associated with Baylor College of Medicine. The text has been updated to correct this error.

Special Report on Organ Models: All in

Special Report on Organ Models: All in