Engineers developed a blood brain barrier on a chip

When a research question can’t be answered using the tools available, bioengineer Kiana Aran makes new tools. Recently, she developed a new type of brain-on-a-chip to answer questions about the blood brain barrier.

Kiana Aran, a bioengineer from the Keck Graduate Institute, doesn’t often attend bioengineering conferences in her field. She goes to biology conferences of all kinds, looking for problems that can be solved with engineering.

It’s been a successful strategy. She has developed devices to improve experiments in the lab using techniques such as CRISPR (1-2) and diagnostic testing in the clinic, including glucose monitoring for patients with diabetes (3). Recently, she used her engineering savvy to develop a new tool for studying the blood brain barrier (BBB) (4), a selective layer of endothelial cells that stops uninvited molecules circulating in the blood from entering the brain. 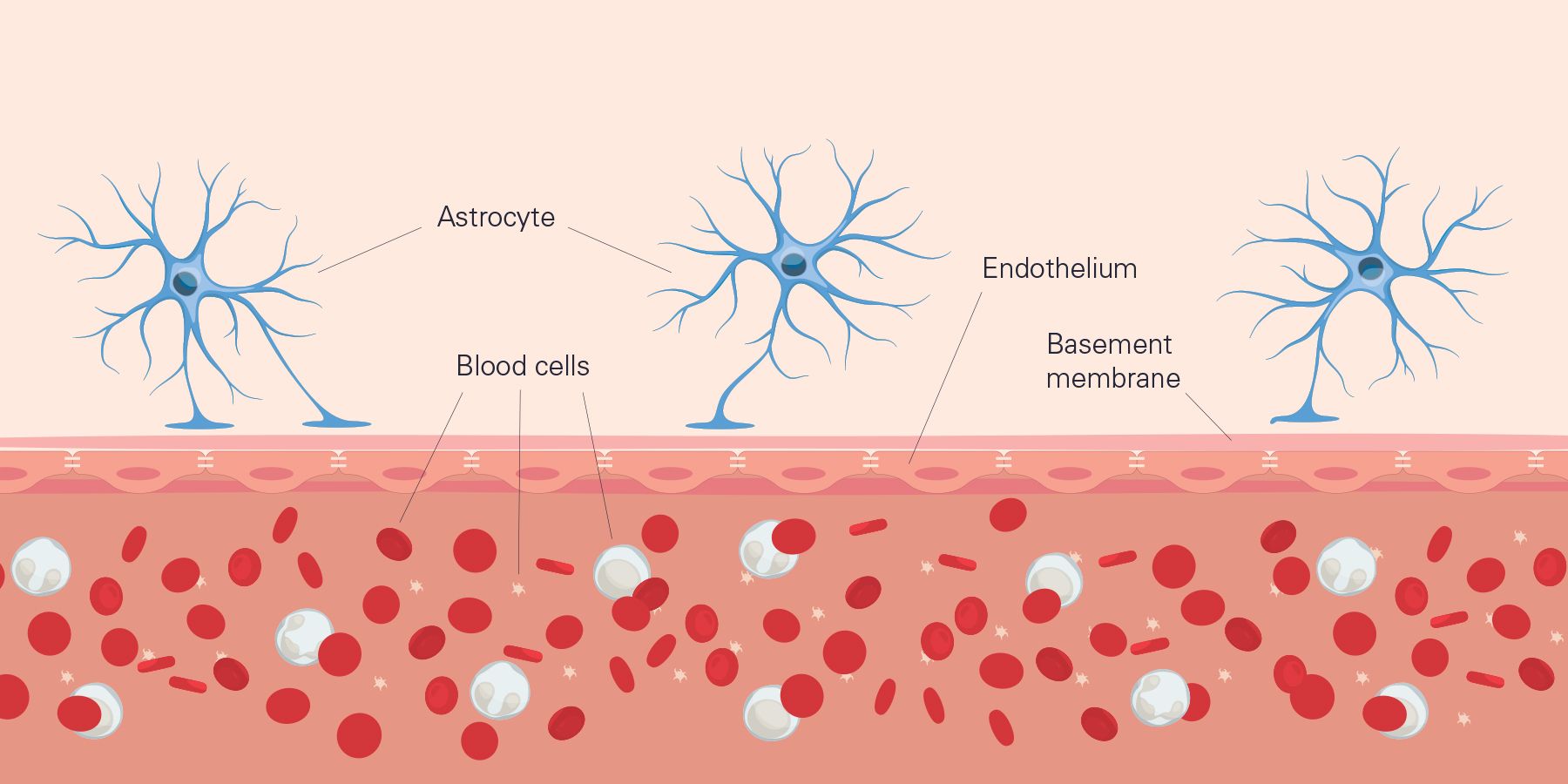 The blood brain barrier (BBB) is a selective sheet of endothelial cells lined with a thin basement membrane composed of proteins such as laminin and collagen. The BBB separates the brain from the blood, stopping unwanted blood components from entering the brain. As people age, the BBB becomes more permeable and allows molecules into the brain that damage it. Aran determined that stress-induced damage to red blood cells contributes to BBB degradation.
credit: Jen Power

While most BBB research focuses on signaling molecules, Aran didn’t want to know how signaling molecules affected BBB integrity. She wanted to learn how cells in the blood contribute to BBB deterioration. She generated a BBB on a chip to find out how red blood cells (RBCs) affect BBB permeability.

When did you realize that engineering could help biologists?

The first time I realized that engineering could help biologists was in graduate school. My mentor at the time exchanged blood between young and old animals. Tissue in the old animals rejuvenated, improving the function of organs like the heart and brain.

We wanted to know what in the young animal blood rejuvenated tissue in the old animal. We added a mutated amino acid to the young animal to mark the proteins. My job was to find those labeled proteins after the young blood transferred to the old animals. I spent hours looking for those proteins, and I realized that I could accomplish this much faster with a sensor.

When I became a faculty member at the Keck Graduate Institute, I still had many questions about the role of blood in aging. In my experiments during graduate school, blood transfusions between young and old animals didn’t only affect the old animals; young animals experienced neurological decline. I wondered how a single blood exchange could affect the brain of a young animal.

Why did you decide to focus on RBCs?

RBCs are the most abundant cells in the blood. Everyone was so focused on white blood cells and soluble blood factors, such as immune molecules, that RBCs got overlooked. Many people think that RBCs’ only important role is carrying oxygen. I started looking at RBCs through an engineering lens, examining how they perform under different mechanical conditions. I discovered that when RBCs experience mechanical stress, the nitric oxide synthase enzyme they carry activates, and nitric oxide is released.

Nitric oxide is a vasodilator, which means that it makes capillaries leaky. This allows molecules to pass from the blood to the brain tissue. RBCs become stiffer as we age, which changes their response to mechanical stress. Imagine that you have a ball that is very stiff, and you pass it through a pipe. The ball will have a hard time passing through the pipe. But if the ball is soft and deformable, it can easily pass through the pipe. 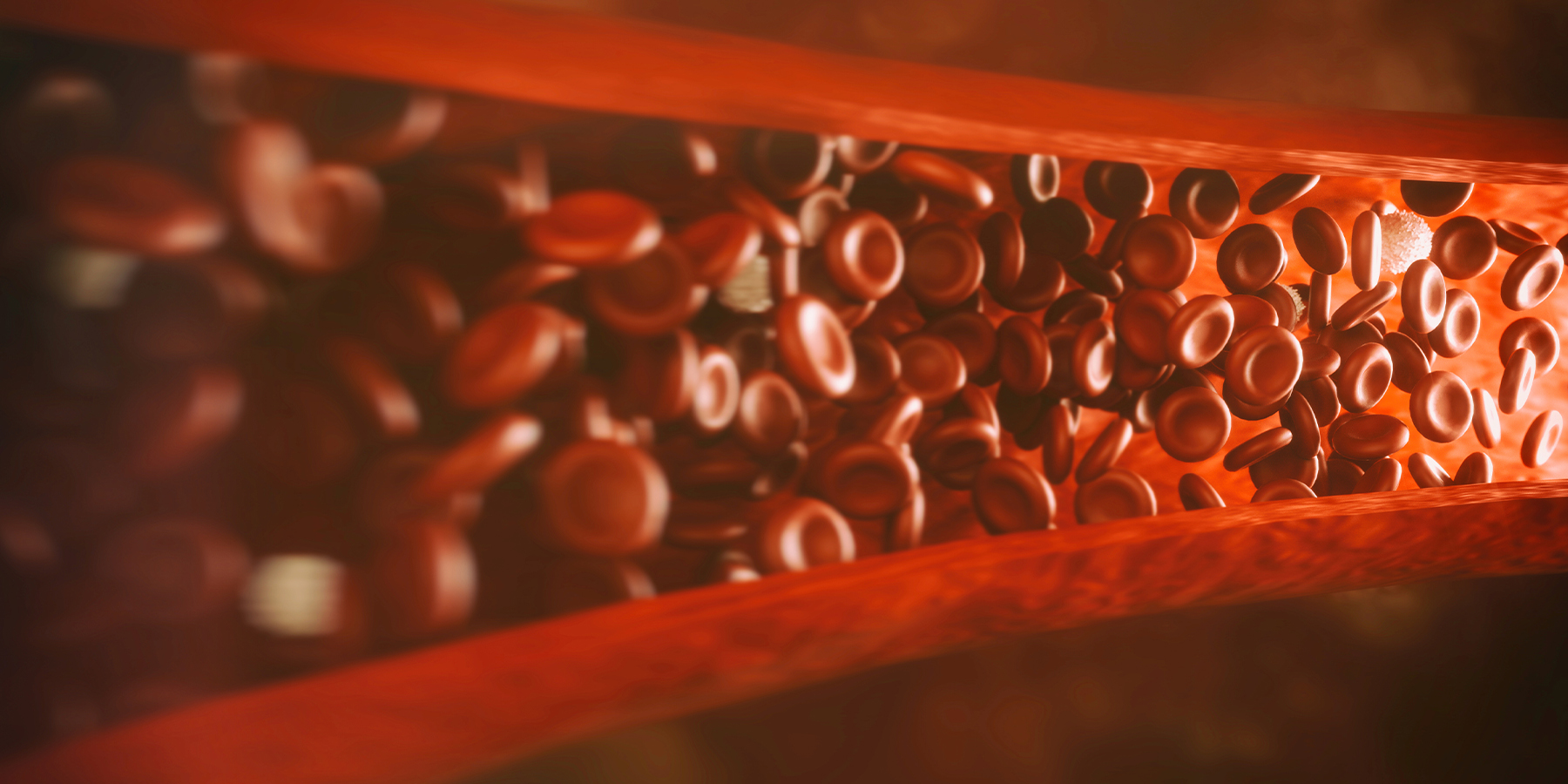 Like the softer ball, young RBCs can deform more easily inside capillaries. As we age, RBCs become stiffer, making it harder for them to pass. Because of this, older RBCs experience more mechanical force and produce more nitric oxide, ultimately creating leakier capillaries. Things that previously could not pass through the blood to the brain can under those circumstances. This was our initial hypothesis for how RBCs contribute to BBB deterioration during aging. With our new organ-on-a-chip model called a micro electrical BBB (μE-BBB), we demonstrated that.

How does your new device measure BBB integrity?

It’s virtually impossible to study the integrity of the BBB at the molecular level in an animal, and current devices that model the BBB are super expensive and difficult to use. My goal was to make a device that was cheap and easy to use.

The μE-BBB system we developed mimics the capillaries in the brain using astrocytes and endothelial cells. The device has two chambers flanking a middle chamber; one containing brain cells and the other RBCs. The middle chamber is a sheet of endothelial cells that models the BBB. The top and bottom chambers have small, sensitive electrodes to measure electrical resistance across the endothelial cells, which correlates to the permeability or leakiness of the barrier they form. We isolated RBCs from old and young mice. When we added them to the chamber, we found that the electrical resistance decreased, and the permeability of the endothelial cell layer increased.

How do you plan to further develop the device?

Our next step is to develop a human μE-BBB since we used mouse cells to develop our initial device. We’re also collaborating with scientists from the University of California, San Francisco and the University of California, Berkeley to incorporate brain organoids into the chip so that we can study the influence of different blood components not only on BBB integrity, but on the brain tissue itself. For example, if there are exosomes penetrating the BBB, do they affect protein expression in brain cells? It will be amazing for identifying biomarkers of aging and for drug discovery. We can find drugs that improve BBB integrity, determine if current drugs can penetrate the BBB, and assess how they affect the BBB.