INDIANAPOLIS - Eli Lilly and Co. recently released topline data from the company’s SURPASS-2 trial of tirzepatide, and the news is good for Lilly’s therapy. Tirzepatide led to superior A1C and body weight reductions from baseline across all three doses, compared to injectable semaglutide 1 mg, in adults with type 2 diabetes.

“Head-to-head studies are the gold standard for clinicians assessing the efficacy of investigational treatments, and these results show that all three doses of tirzepatide delivered superior A1C and weight reductions compared to the highest approved dose of semaglutide to treat type 2 diabetes,” said Juan Pablo Frías, medical director at the National Research Institute and the principal investigator of the SURPASS-2 trial. “In SURPASS-2, tirzepatide delivered clinically meaningful efficacy, beyond what has been seen with an existing medicine in the established GLP-1 receptor agonist class.”

As James Croaning, global brand development leader at Eli Lilly, told DDN, “Tirzepatide is a novel, investigational, once-weekly, subcutaneous injectable dual glucose-dependent insulinotropic polypeptide (GIP) and glucagon-like peptide-1 (GLP-1) receptor agonist that integrates the actions of both incretins into a single molecule, representing a new class of medicines being studied for the treatment of type 2 diabetes. Tirzepatide is the first investigational medicine in the dual GIP and GLP-1 receptor agonist class to begin completing Phase 3 studies.”

“GIP is a hormone that may complement the effects of GLP-1 receptor agonists,” Croaning continued. “In preclinical models, GIP has been shown to decrease food intake and increase energy expenditure, resulting in weight reductions. When combined with a GLP-1 receptor agonist, GIP may result in additive effects on both glucose and body weight.”

“Incretins, such as GLP-1 receptor agonists, help people use their own insulin more effectively, releasing it after meals when their bodies need it. Based on the results we have seen to date, tirzepatide may do that even more effectively than GLP-1s alone, because it appears to help them create more of the insulin they need,” he added.

SURPASS-2 compared the efficacy and safety of tirzepatide to semaglutide as an add-on to metformin in adults with type 2 diabetes. The study randomized 1,879 participants who had a mean duration of diabetes of 8.6 years, a baseline A1C of 8.28 percent, and a baseline weight of 93.7 kg.

“These striking head-to-head results surpassed our expectations, supporting our belief in the value of all three doses of tirzepatide as potential new treatment options for people living with type 2 diabetes,” reported Mike Mason, president of Lilly Diabetes. “Lilly is extremely grateful to the patients and investigators who participated in SURPASS-2, particularly during the COVID-19 pandemic. Their commitment to the diabetes community is immeasurable.”

The overall safety profile of tirzepatide was similar to previously reported SURPASS trials and the well-established GLP-1 receptor agonist class. Across all treatment arms, the most commonly reported adverse events were gastrointestinal-related, including nausea, diarrhea, and vomiting. Treatment discontinuation rates due to adverse events were 5.1 percent (5 mg), 7.7 percent (10 mg), 7.9 percent (15 mg), and 3.8 percent (semaglutide).

The complete SURPASS-2 study data have not yet been evaluated, but are scheduled to be presented at the ADA’s 81st Scientific Sessions in June.

“The SURPASS-2 study is part of the comprehensive Phase 3 SURPASS program—made up of 10 total clinical trials, including five global registration studies—evaluating the efficacy and safety of tirzepatide in adults with type 2 diabetes. We also plan to disclose full results from SURPASS-1, SURPASS-3, and SURPASS-5 at ADA’s Scientific Sessions,” concluded Croaning. “We plan to submit the full results from our registration studies to regulatory authorities at the end of 2021 or early 2022, upon evaluation and completion of all the global registration trials.”

Lilly said the company plans to publish the data in a peer-reviewed publication in 2021. 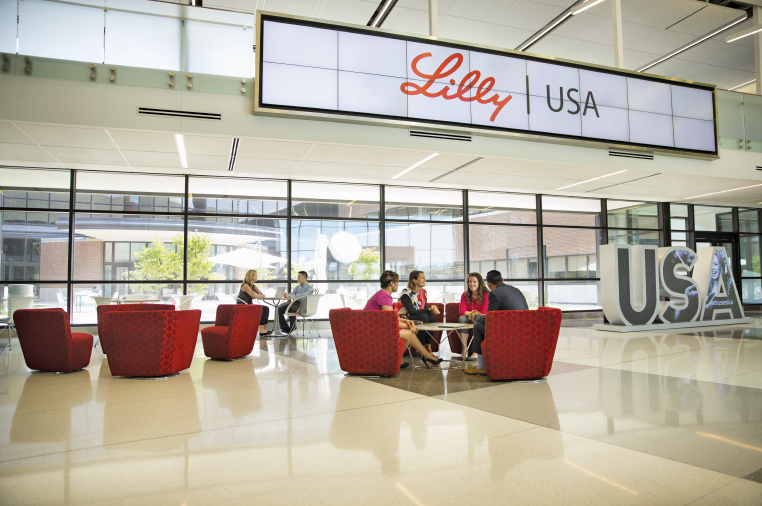 Eli Lilly has not yet completely evaluated the SURPASS-2 study data, but plans to presented them at the ADA’s 81st Scientific Sessions in June.

A strong showing for tirzepatide

A strong showing for tirzepatide