ARGONNE, Ill.—The U.S. Department of Energy may not be the first governmental agency you think of when it comes to pharmaceutical and health sciences, but they do have some of the nicest X-ray facilities around and other nice imaging technologies at the DOE's Argonne National Laboratory—and while sustainable energy is one of the biggest concerns there, along with materials science and others, health research is way up toward the top of the list as well. And with the initiation of some upgrade plans for the Advanced Photon Source (APS) at Argonne, health sciences folks might be very happy. 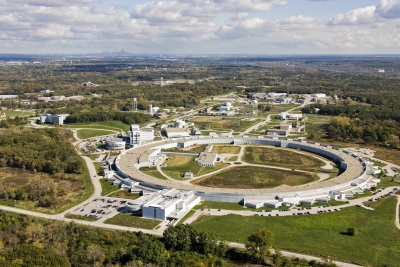 And where understanding of human biology, health and disease are improved, we all know that pharmaceutical and biotech research benefits as well.

What has happened, as of May 3, is that the DOE today announced formal approval for conceptual design of the APS upgrade, the first in a series of major milestones that the project must meet under DOE's project management regimen.

"This is a major step in securing America's scientific future by taking an already premier facility and preparing it to meet the next generation of scientific needs and discoveries," says Eric Isaacs, director of Argonner, who notes that an upgrade will be more cost-effective than building a new facility.

Right now, the APS serves the experimental needs of more than 3,500 researchers each year, reportedly more than any other scientific user facility in the Western Hemisphere, and the APS uses high-energy X-ray beams to peer deep into the atomic and molecular structures of materials and living organisms as small as a few nanometers. This has provided U.S. researchers with the means to enable breakthroughs in such areas as treatment for the human immunodeficiency virus and other diseases, the creation of new nanomaterials and advances in nanobiology, among many others, both healthcare- and non-healthcare-related.

The upgrade, which would be entirely completed by 2017, will add new X-ray capabilities and improve existing X-ray facilities by factors of 10 to 100, nearly doubling the number of experiments that can be carried out in a year, and increasing by 50 percent the number of users the facility can accommodate.

"The scientific vision which drove upgrade planning is the need to image real materials under real conditions in real time, with resolution far better than is available today," says J. Murray Gibson, APS director and associate lab director for photon sciences at Argonne."This is key to solving the materials needs for sustainable energy and understanding the hierarchy of life to combat disease."
The project will upgrade the APS to a higher operating current, introduce longer straight sections and new insertion devices, front ends, and optics for almost all sectors around the storage ring, including superconducting undulators for high performance at high energies. Many beamlines will be substantially upgraded, some new beamlines will be built, but all beamlines will see improvements. The focus will be on X-rays above 20 keV and ultrafast dynamics and imaging, but Argonne says, "all of our users will see benefits from the upgrade."

The upgrade of the APS will reportedly make the facility "the most brilliant source of high-energy X-rays worldwide, and will ensure the U.S. leadership position at 10 keV and above."

Argonne also notes that with an upgraded APS—along with the construction of the National Synchrotron Light Source-II at Brookhaven National Laboratory, the Linac Coherent Light Souce at the SLAC National Accelerator Laboratory, and the Spallation Neutron Source at Oak Ridge National Laboratory—the DOE will have "equipped our nation with a suite of state-of-the-art, complementary scattering tools to solve the most advanced materials and biological problems."

Argonne also reports that its people are also engaged in research and development on next-generation hard X-ray sources that "might go beyond the limits of third-generation machines such as the APS, with the aim to take the lead in hard X-ray sciences for 20 years and beyond."


The Upgrade at a Glance

Optimized and expanded capabilities
The APS drove developments that require new approaches today, but which could not be anticipated in the 1990s. Demand for increasing capability and scope requires a new access model that supports world-leading, one-of-a-kind instruments, a change from the collaborative-access-team model of twentieth-century light sources. All APS beamlines will be optimized in the upgrade with higher performance to match scientific demand, almost doubling experimental capacity. Normal operating hours will be sustained with relatively minor APS user disruption during the upgrade project.

Varex brings a variety to CMEF

Varex brings a variety to CMEF