Courtney Young knew that she wanted to find new treatments for the rare genetic disorder Duchenne muscular dystrophy (DMD) when she was in high school. But she wasn’t sure how to do so until her first lab rotation in graduate school.

Young initially wanted to do “more math than straight biology” as an engineer, but her string of research experiences in academic and industry labs focused on muscle dystrophy disorders ultimately led her to co-found MyoGene Bio, a biotech start-up developing a CRISPR-based gene editing therapy dubbed MyoDys45-55, which Young started developing during her first graduate lab rotation.

DMD results from a mutation in the dystrophin gene that inactivates the protein, which protects muscle when it doesn’t carry the mutation. While current therapies work for fewer than 20% of patients and do not permanently change the causal mutation, Young’s therapy has the potential to treat 50% of patients. She previously demonstrated that MyoDys45-55 restores dystrophin function in human cells and mice. Now, at MyoGene Bio, she conducts the pre-clinical research necessary to get the therapy to patients.

What initially drew you to research?

My parents are both physical scientists, and I was always more interested in science than other subjects in school. Then in my senior year of high school, my cousin was diagnosed with DMD. That was a big shock for my family; we had never heard of the disease. It's a severe progressive muscle wasting disorder, and most patients die in their 20s or 30s. That’s really what inspired me to work on muscle dystrophy disorders. As an undergraduate at Johns Hopkins University, I worked in various labs that specialized in muscular dystrophy disorders even though my degree was in engineering.

How did you transition from engineering to biology? 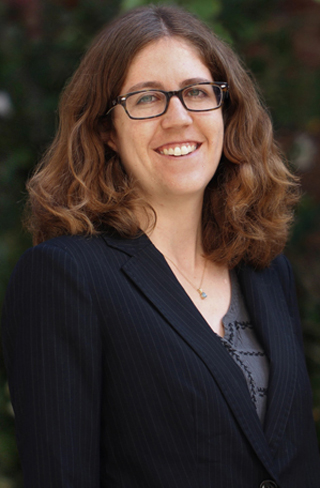 I was initially interested in combining my interest in math and biology to focus on bioengineering. I worked in two different labs studying muscle diseases. One was just for a semester, working on a protein called neuronal nitric oxide synthase, which is dysregulated in DMD. I spent the next two school years studying a small molecule and its potential to improve muscle regeneration in a mouse model of DMD. During the summers, I gained experience in industry through a variety of internships, most notably in a lab in the Netherlands and at Sarepta Therapeutics, which is now one of the leaders in DMD research. In the Netherlands, I helped develop one of the only available therapies for DMD: exon skipping. This approach uses small oligos to skip an exon in mRNA to transiently restore the reading frame of the dystrophin protein so that it can be produced a single exon at a time.

During my three years as an undergraduate student, I tested different aspects of research in different areas, trying to get a sense of what I liked. I really fell in love with research and studying the muscle. I didn’t necessarily think I would focus my career on studying muscle disorders, but it became a passion.

When did you begin developing MyoDys45-55?

I went to the University of California, Los Angeles (UCLA) because there was a great group of researchers studying DMD. I joined Melissa Spencer’s lab and established an unofficial mentorship with April Pyle, who both became co-founders and scientific advisors of MyoGene Bio. We wanted to develop a therapy to target the underlying cause of DMD, not just treat the side effects.

We started this project in 2013, right when a publication showed that CRISPR could be used in human cells. We spent my first rotation debating if we should use CRISPR or a more established gene editing approach like TALENs. I gained experience with CRISPR, and realized that it was much easier and more efficient than other gene editing approaches, so I focused my PhD project on using CRISPR to correct dystrophin mutations in DMD.

DMD patients typically have an out-of-frame mutation in the dystrophin gene. Essentially, the puzzle pieces of DNA do not fit together, so the gene is nonfunctional, and no dystrophin is produced. Normally, dystrophin forms a complex at the cell membrane that protects the membrane during contraction, acting as a shock absorber for muscle fibers. Without dystrophin, this complex doesn’t form correctly at the membrane, and its protective effect is lost. As patients use their muscles over time, the muscle breaks down and the fibers become susceptible to contraction-induced damage.

We used CRISPR to make a targeted deletion of exons 45 to 55 of dystrophin, which is a region of the gene where around half of patients have mutations. The exon skipping approach applies to about 10% of patients, but this method encompasses a larger number of patients.

We didn’t know if it would work at first; this was the largest deletion that anyone had done. But the truncated dystrophin we produce is similar to a mutant dystrophin found in another degenerative muscle disease, Becker muscular dystrophy (BMD). BMD patients who naturally produce dystrophin with exon 45 to 55 deleted are asymptomatic until their 60s.

Why did you start MyoGene Bio?

Our initial goal was to simply advance research, but when we prepared to published our first paper, we realized that this was patentable. We patented MyoDys45-55 with UCLA. This was the first indication to us that this was something we could build a company around. We wanted to control the development of this therapy that we invested so much time and effort into, and the best way to do that was to found a company and license the therapy.

We are treating mice with the CRISPR approach and looking at restoration of the dystrophin protein and functional improvement measures that the labs at UCLA can test non-invasively.

We are also developing other CRISPR approaches. Normal Cas9 is very large, so our therapy requires one AAV to carry Cas9 and another to carry the guide RNAs. We developed a single vector approach using a smaller Cas9, allowing the nuclease and the guide RNAs to fit in one vector. We are currently testing if this one vector approach is as effective in mice as our original approach. Next, we want to do large animal model studies, long-term mouse studies, and safety pilot toxicology studies.

Putting RWD and NHD up against placebo

Putting RWD and NHD up against placebo

Partners wanted for base editing platform

Partners wanted for base editing platform