Dennis Curran, an organic chemist at the University of Pittsburgh, estimates that he’s mentored 250 students. He doesn’t remember most of them, but even his daughter remembers Philip Yeske, science alliance officer at the United Mitochondrial Disease Foundation (UMDF); she invited him to her wedding twenty years after he left Curran’s lab.

During his more than twenty-year stint as a chemist, Yeske worked at pharma behemoths like Bayer Corporation, led a biotech start-up as CEO during a recession, and co-founded his own biotech company. After losing his daughter to the rare mitochondrial disease Leigh Syndrome seventeen years ago, his patient advocacy role unexpectedly transformed into a full-time gig at the UMDF. 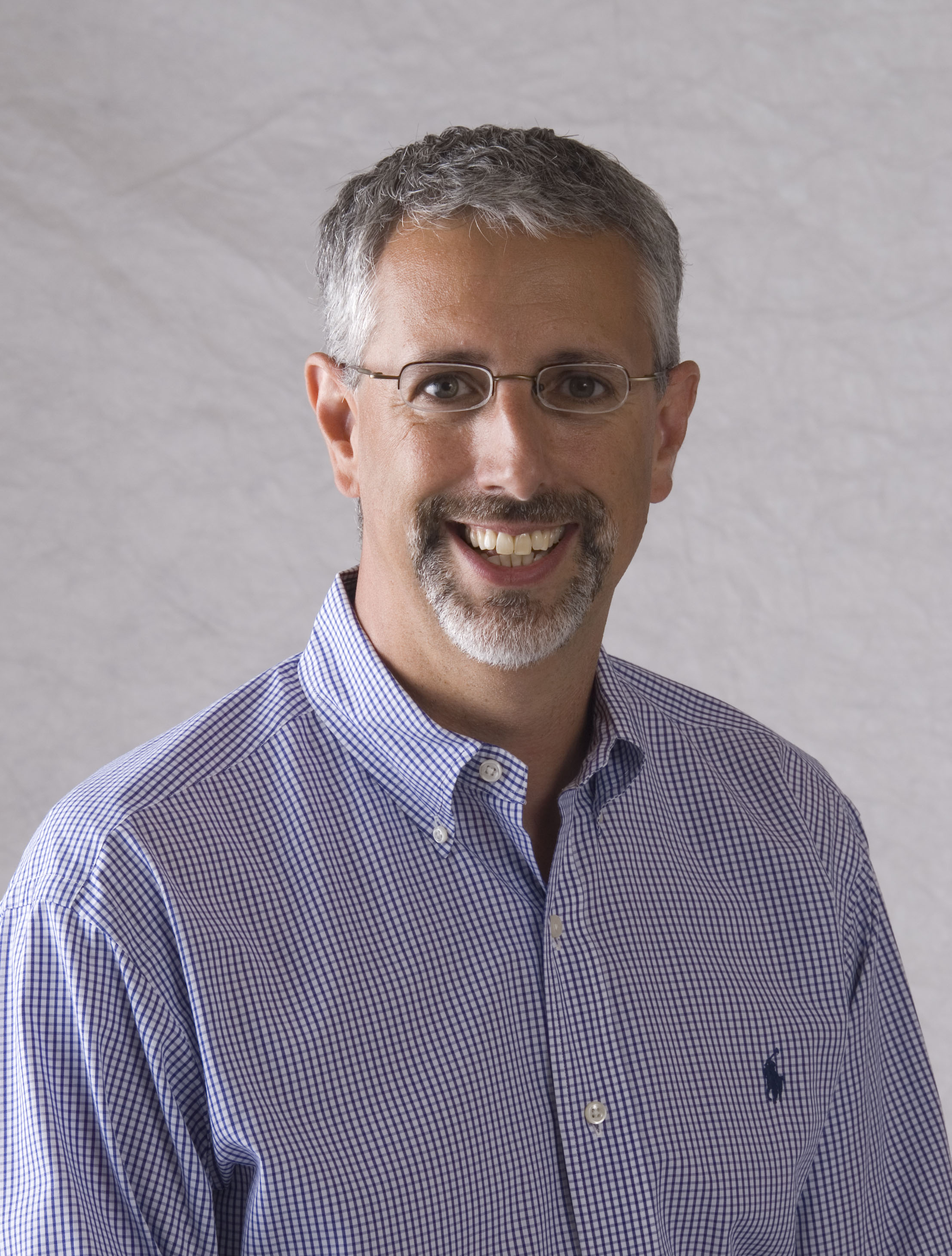 Yeske’s trajectory looks undirected at first glance, but one thing remains constant; he has an uncanny ability to bring people together. The combination of his professional and personal experiences makes him well suited for his role at UMDF, where he connects researchers, patients, clinicians, and government officials to speed the development of therapeutics for mitochondrial disease.

“Nobody writes the script. It just happens. It plays out. It’s fun to go back and think about all the people who came into your life and influenced you and the experiences that shaped the direction of your personal and professional life,” said Yeske. “I liked that connection between science and people from the very beginning.”

“This was my first opportunity to lead,” said Yeske. “That resonated with me. I was leading people and helping them succeed as much as myself.”

Helping others was still on the forefront of Yeske’s mind when he left Curran’s lab. He was interested in pharma because it was a “rewarding way to contribute science back to helping patients.” He accepted a position as a chemist at the Bayer Corporation in Germany. (As a self-proclaimed “Pittsburgh boy,” moving to a new country was a big draw.) His time in Germany opened his eyes to more than a new culture; he realized the breadth of career trajectories a PhD offered. After working as a researcher for five years, he became a global account manager.

Curran later founded Fluorous Technologies, a medicinal chemistry company developing tags to ease the synthesis and isolation of biological molecules. The research was akin to Yeske’s postdoctoral work, and Curran had followed Yeske’s experience at Bayer, leading him to believe that Yeske would make a good CEO.

“He was really different from many of my other students, who are purely focused on scientific research. He is very good in research, but he always had an interest in business. Even when he was a postdoc, he had a really good personality and good leadership,” said Curran. “We needed somebody who was really good at research and could understand the science. But at the same time, we needed somebody to lead a company.”

Luckily for Curran, Yeske moved back to Pittsburgh right when he started the company and did “basically everything” when the company was getting off the ground. But Curran especially remembers Yeske’s ability to connect with investors and manage the team. He had an open door policy during his twelve-year stint as CEO, and when the company ultimately closed shortly after the 2008 recession, Curran recalled him handling it with grace.

“He was very good at listening to where people were coming from and seeing if it matched up with what he wanted to do at the time for the company,” said Curran. “He was very good with the employees and handling any problems they had. He’s a really good problem solver.”

Everything changed for Yeske when he lost his daughter to a rare genetic mitochondrial disease, Leigh Syndrome. During a minor surgery, his daughter nearly died on the operating table due to anesthesia toxicity. Patients with dysfunctional mitochondria, such as those with Leigh Syndrome, often experience severe side effects when exposed to anesthesia (1), so this was the first sign that something wasn’t right.

“I was like ‘What! I have a PhD in organic chemistry, but I didn’t know there are diseases of the mitochondria,’” said Yeske. “My diagnostic journey with mitochondrial disease is so different from others; the symptomology is complex and the phenotype is so complex that it’s oftentimes mistaken for other diseases.”

Leigh Syndrome is one of the most common mitochondrial diseases (2). The syndrome presents differently in nearly every patient affected. It can be caused by more than 75 mutations in either nuclear or mitochondrial DNA, and patients present with a variety of neurological symptoms such as developmental delays and retinitis pigmentosa as well as multisystemic issues, including cardiac dysfunction. Most patients die before they are three years old.

Yeske’s daughter was formally diagnosed after DNA sequencing. She carried a mutation in her mitochondrial DNA that impaired oxidative phosphorylation, the main energy producing pathway in cells. The mutation affected a gene encoding a component of ATP-synthase, the enzyme that performs the final step of oxidative phosphorylation by converting ADP to ATP. This mutation occurs in approximately 20% of Leigh Syndrome patients.

Although there was no cure or treatment for his daughter, Phil was determined to help other families in his situation, and to find a way to support efforts to develop drugs for mitochondrial disorders. He didn’t have to look very far. The largest network of mitochondrial researchers and patients was right there in Pittsburgh: UMDF.

Yeske started as a volunteer at UMDF shortly after his daughter’s diagnosis and later became a trustee. When he pitched the idea of bringing a scientific perspective to UMDF to help advance its goal of propelling drug discovery in the mitochondrial disease field, he didn’t realize that he was writing his own job description. Brian Harman, CEO of UMDF wasn’t there when Yeske was hired, but he’s not surprised that he was offered the position.

“Phil brings the best blend of vision, brain power, and compassion to work every day. It’s rare to find someone who can have all three of those things,” Harman said. “He has a family first filter applied to everything he does. He can’t wait to help our patient families every day; it really drives him and motivates him.”

“It’s so interesting what comes out of these meetings when you listen to patients. We may think that patients want to be cured of their disease, but what does that really mean? Does that mean stopping the progression? Allowing them to do something with their family like cook a meal without being so fatigued that they have to stay in bed? That doesn’t come out of a six-minute walk test,” said Yeske.

“Representatives from the DOD have said ‘wow, we’re so impressed by the quality of the kinds of applications we are getting about mitochondria.’ Frankly, we’ve been disproportionately funded,” said Yeske. “The case can be made for why it’s important beyond even rare disorders. As we evolve, we’re not going to lose our focus on the rare disorders that UMDF represents, but if you can increase funding to study mitochondrial disease, it’s really meaningful.”

One of Yeske’s top priorities right now is compiling sequencing data from patients with mitochondrial diseases to create a repository, dubbed mito-share, that both clinicians and researchers can use.

“We need to turn over every stone around the world and find every mitochondrial disease patient,” said Yeske.

The molecular understanding of mitochondrial disease has grown exponentially in the past few decades. In 1991, when the first Leigh Syndrome causing mutation was identified, 40 papers related to Leigh Syndrome were published that year, according to PubMed. In 2020, more than 200 papers were published. Access to more molecular data from Leigh Syndrome patients and those with other mitochondrial diseases will expand researchers’ understanding of the disease and help them develop better, more directed therapeutics.

Mito-share is a work in progress, but UMDF is launching the patient registry and free testing program to constantly update the registry by the end of 2021.

“The goal of the registry is to advance scientific research,” said Harman. “With every new registrant or participant we get, we can better understand the disease, which helps us facilitate diagnosis and ultimately lead to treatments in the clinic.”

Yeske said that sequencing also helps patients find applicable clinical trials. “It’s a somewhat selfless act to be involved in a clinical trial knowing that you may not directly benefit from it, but that someone in the future very well may. That’s the message we’re sending. Everything UMDF is doing now is about creating a culture of clinical trials, which really means a culture of therapeutic development and drug discovery,” said Yeske.

Yeske is excited about all of the upcoming clinical trials testing treatments for mitochondrial diseases, but those surrounding gene editing especially draw his attention. 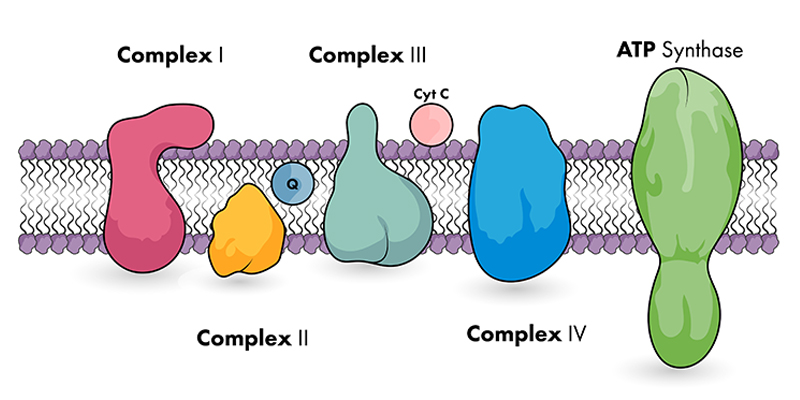 LUMEVOQ uses an adenovirus to deliver the complementary DNA of Nd4 with an attached MLS to target it to the mitochondrial matrix. Two phase III trials demonstrated that LUMEVOQ improved patient eyesight, with one trial showing continued improvement one and a half years later (3, 4). The therapy is now granted conditional use in the EU and the United States. Eighteen patients have already been treated in France.

Yeske wants to facilitate the development of more successful therapies in his role at UMDF by connecting patients, researchers, and law makers with the same goal in mind.

“There is an old African proverb that says ‘if you want to go fast, go alone. If you want to go far, go together.’ And I think that's an important part of what Phil brings to the table. He's thinking about who we need to bring along with us so that we can go far,” said Harman.

Misbehaving mitochondria may contribute to conditions such as autism

Misbehaving mitochondria may contribute to conditions such as autism

Behind the Scenes: Manufacturing Viruses for Hemophilia Gene Therapy

Behind the Scenes: Manufacturing Viruses for Hemophilia Gene Therapy