CAMBRIDGE, Mass.—Compass Therapeutics has just announced the appointment of a scientific advisory board made up of renowned immuno-oncology researchers with expertise in drug development and clinical trial design. The advisory board includes experts in target biology, immune surveillance, checkpoint inhibitors, the tumor microenvironment, translational research and clinical research.

“Working at the forefront of immuno-oncology research not only requires assembling a stellar team of drug developers, but also providing this team with access to world-class expertise, including the advice of some of the most brilliant researchers in the space,” said Thomas Schuetz, M.D., Ph.D., co-founder and chief executive officer of Compass Therapeutics. “We are thrilled to draw on the insights and experience of our board as we continue the development of CTX-471, a novel CD137 agonist with the potential to become best-in-class costimulatory therapy for solid tumors, and build a pipeline that we believe will deliver a steady stream of new medicines to patients in need.”

In August, Compass Therapeutics also reported the appointment of biotechnology investor Julie Sunderland to its board of directors. She succeeded Errik Anderson, MBA, co-founder of Compass Therapeutics and chief executive officer of Ulysses Diversified Holdings, as a member of the board. Anderson co-founded Compass in 2014 and has been with the company in both operational and Board roles since that time.
“As Compass has grown from an early-stage drug discovery company to a clinical-stage company with a robust and promising pipeline, Errik has been a torchbearer for our work to transform care for patients with cancer or autoimmune diseases. We are grateful for his service over the years,” mentioned Schuetz.
Sunderland is co-founder and managing partner of Biomatics Capital Partners. She also served as interim CEO of biotechnology company eGenesis from December 2017 through January 2019. Prior to co-founding Biomatics in 2016, she was the director of program-related investments for the Bill & Melinda Gates Foundation, where she led the foundation’s $1.5 billion strategic investment pool and funded over 50 investments. Sunderland also chaired the Bill & Melinda Gates Foundations’ investment committee.
“Errik has been an important partner to Biomatics in the antibody therapeutics space and first introduced us to the Compass team and story. As Errik takes on a new CEO role, I am excited to be succeeding him on the Compass Board to support the company as it continues to progress its robust pipeline of antibody therapeutics,” Sunderland noted in a press release. “Compass’ research is defining a new era for antibody therapeutics, bringing hope to patients worldwide, and I’m proud to help advance this important cause. I look forward to working with my fellow Board members to push these novel therapies forward.”
July brought word that Compass Therapeutics had dosed the first patient in its multi-center, open-label, first-in-human Phase 1 trial of CTX-471. Enrollment in the trial is open to patients with metastatic or locally advanced solid cancers that have progressed while receiving an approved PD-1 or PD-L1 inhibitor for at least three months.
CTX-471 is a fully human monoclonal antibody that binds and activates a unique epitope of the co-stimulatory receptor CD137, also known as 4-1BB, a member of the tumor necrosis factor receptor superfamily. CTX-471 has demonstrated potent monotherapy activity against multiple syngeneic tumor models, including the generation of long-term functional immunological memory, and shows a unique ability to completely eradicate large, established tumors — whereas other preclinical CD137 antibodies and antibodies against PD-1, PD-L1, CTLA-4 and OX40 have minimal effects in these models. In contrast to other CD137 antibodies, CTX-471 shows no evidence of hepatic toxicity in both mice and non-human primates.
The trial is a multiple ascending dose (MAD) study with the potential for a dose expansion phase. The primary objective of the MAD portion of the study is to assess the safety and tolerability of CTX-471 monotherapy at various doses. The dose expansion stage will then evaluate a larger cohort of patients to determine an optimized dose for the future Phase 2 studies. Secondary endpoints will include measures of overall response rate and progression-free survival, among others.
“We are immensely gratified to have reached this milestone to begin to bring this treatment to patients. We believe CTX-471 has the potential to be a best-in-class CD137 agonist due to its very promising preclinical data, which include the total eradication of established tumors in syngeneic mouse models and the generation of long-term, functional immunological memory in these models,” added Schuetz. 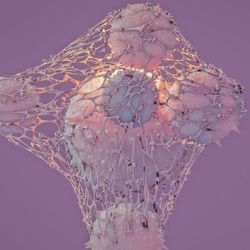 Jameel Clinic teams up with Sanofi on AI and machine learning

Jameel Clinic teams up with Sanofi on AI and machine learning