CLICK HERE to return to part 1 of the ASHG annual meeting coverage
Recognizing success
BOSTON—In addition to the individuals noted in the article "Honoring the achievers" in this specialpre-show annual meeting coverage (see part 1), the ASHG will be conductingother awards ceremonies for which the names of the recipients had not yet beenmade public, as follows:
Saturday, Oct. 26
8:20 a.m. to 8:30 a.m.
C.W. Cotterman Awards
Each September, the editorial board of The AmericanJournal of Human Genetics selects two articles published in the journal inthe previous year that best represent outstanding scientific contributions tothe field of human genetics. Two Cotterman Awards are given annually. Monetaryawards of $1,000 and a certificate will be presented to the recipients for thetop two papers published in the journal during the previous year on which thefirst author was either a predoctoral or postdoctoral trainee, and an ASHG member.
Saturday, Oct. 26
8:30 a.m. to 8:40 a.m.
ASHG Charles J. Epstein Trainee Awards forExcellence in Human Genetics Research
ASHG honors excellence in research conducted by predoctoraland postdoctoral trainees, including genetic counseling trainees, throughmerit-based awards that recognize highly competitive abstracts submitted forthe annual meeting. These awards have come to be named to honor the late Dr.Charles Epstein. In the end, 63 semifinalists were selected based on abstractscore and awarded complimentary registration plus $750 each. Of thosesemifinalists, 18 finalists (selected by the Awards Committee) received anadditional $250. The finalists' presentations were reviewed by the ASHG AwardsCommittee and volunteer judges. Six winners announced at the ASHG annualmeeting will receive an additional $1,000 each.
Social mediaguidelines
ASHG encourages the use of social media before, during andafter the 63rd annual meeting as a means to share information andnetwork with others who are attending the meeting, but reminds meetingattendees to adhere to ASHG's social media guidelines. That said, there areseveral things the society would like you to do, such as:
However, the use of photographic, video or other type ofrecording devices is strictly prohibited in all oral sessions and postersessions at the ASHG annual meeting. Therefore, it is also strictly prohibitedto post photos, images or video recordings from these sessions on any type ofonline site, including social media platforms, blogs, personal websites and soon.
ASHG also notes that attendees cannot capture, transmit orredistribute data presented at the ASHG Annual Meeting. This may precludesubsequent publication of the data in a scientific journal, but the societyurges attendees to be respectful of journal embargo policies and not tojeopardize the work of their colleagues.
Finally, while communication and constructive criticism areencouraged, the ASHG doesn't want attendees to engage in rudeness, slander orpersonal attacks.
Also on the social media front, attendees are encouraged tosubscribe to ASHG's YouTube channel athttp://www.youtube.com/user/HumanGeneticsSociety and its Vimeo channel athttp://vimeo.com/channels/ashg. Doing so will provide access to recordings ofselected ASHG annual meeting sessions, and educational videos about careers inhuman genetics, teaching genetics, family health history and more.
Boston's No. 1 role
BOSTON PHOTOS
CREDIT: Greater Boston Convention & VisitorsBureau 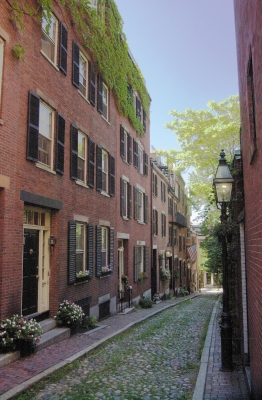 Beacon Hill is one of Boston's smallest and mosthistoric neighborhoods, and in it you can find a mix of everything fromcharming townhouses to fashionable shops, and a stroll down Charles Street cangive you access to antique shops, cafés, boutiques, high-end apparel shops andmore. the neighborhood is roughly one square mile in size and has threesections: the south slope, the north slope and the "Flat of the Hill," which isa level neighborhood built on landfill. 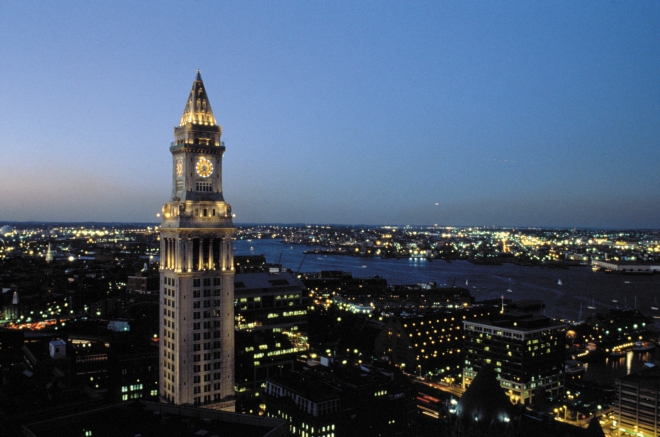 The tower of Boston's Custom House in FinancialDistrict neighborhood of Boston was the first skyscraper in the city when itwas built in 1917. The structure is now Marriott's Custom House Hotel. 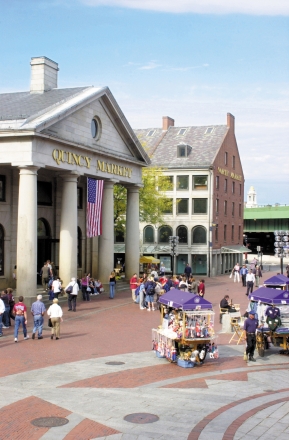 With historic Faneuil Hall as its centerpiece—a1742 gift to the city from Peter Faneuil, Boston's wealthiest merchant at thetime—the Faneuil Hall Marketplace consists of four buildings: Faneuil Hall,Quincy Market, North Market and South Market. The quartet of historic buildingswith their dozens of shopping and dinging options, are all set around acobblestone promenade where jugglers, magicians and musicians often entertainthe passers-by. 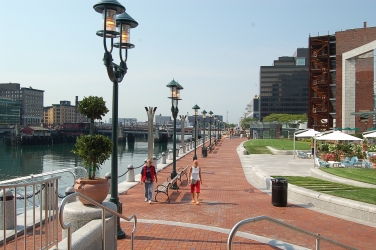 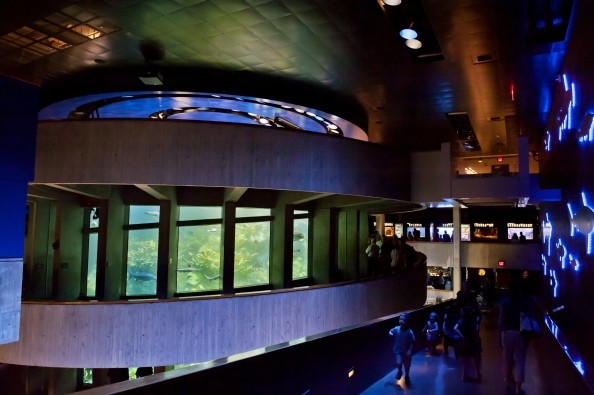 The New England Aquarium, which opened in 1969,is a global leader in ocean exploration and marine conservation. It is also oneof the premier visitor attractions in Boston, with more than 1.3 millionvisitors each year. Featured here is the recently renovated, 40-foot wide GiantOcean Tank, which at its deepest point goes down 26 feet. The tank holds200,000 gallons of salt water, heated to between 72° and 75° Fahrenheit, as itis a tropical exhibit. This exhibit is so big that it was built first, and thenthe rest of the aquarium facility was built around it. 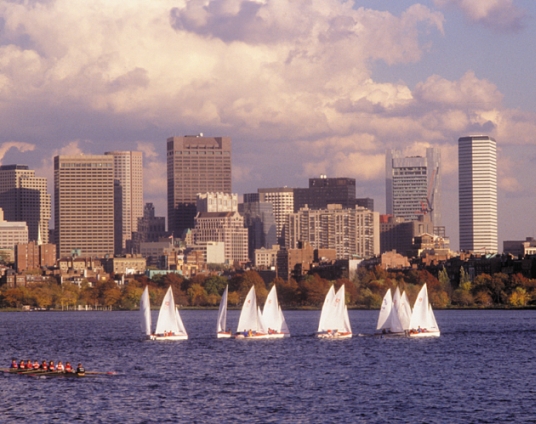 The Charles River, which flows through Boston,is an 80-mile-long river that flows in an overall northeasterly direction ineastern Massachusetts. The river is well known for its rowing, sculling,dragonboating and sailing, whether recreational or competitive. 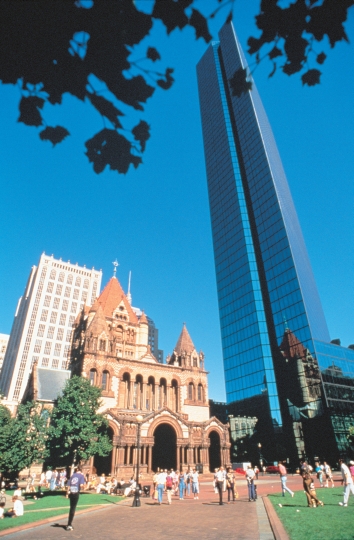 Pictured here are two Boston landmarks: TrinityChurch and the John Hancock Tower. Located in the Back Bay area of Boston, thechurch, founded in 1733, is a parish of the Episcopal Diocese of Massachusetts.The John Hancock Tower, officially named Hancock Place and colloquially knownas The Hancock, is a 60-story building that is the tallest in New England andhas been the tallest building in Boston for more than 30 years.
CLICK HERE to return to part 1 of the ASHG annual meeting coverage
Sep 10, 2018|15 min read