NEW YORK & VIENNA—HOOKIPA Pharma Inc. published preclinical data highlighting the potential of its alternating two-vector cancer therapeutics in Cell Reports Medicine. The study was conducted and led by an international group of researchers at the University of Basel.

The data showed that intravenous, alternating administration of two different replicating arenaviral vectors that express the same antigen induces a potent T cell response exceeding 50 percent of the circulating T cell pool, as well as robust antitumor activity. This was demonstrated with onco-viral antigens and with a cancer self-antigen, illustrating the ability of the arenaviral platform to break tolerance.

“These results represent a tenfold increase in immune response, and better disease control than either compound alone,” a spokesperson for HOOKIPA told DDN.

“Our proprietary arenavirus platform is designed to deliver a targeted and amplified immune response. We engineer arenavirus-based therapies to deliver virus-specific or tumor-specific genes to evoke a potent immune response by CD8+ T cells,” the spokesperson said. “We believe our arenavirus platform [therapies] offer several key advantages: they have the ability to induce a robust CD8+ T cell response by directly targeting and activating dendritic cells; they are able to induce a robust antibody response to disease-specific target antigens; they are ideal for repeat administration, which can boost immune response; they do not require an adjuvant to stimulate the immune system; and they have already been observed to be well tolerated in a range of studies.”

“Our non-replicating technology platform disables arenavirus replication by substituting one of its structural genes with the gene for the target antigen. The modified, non-replicating arenavirus is able to directly infect individual dendritic cells and deliver proteins that serve as antigens to activate the immune system. [And] our proprietary replicating technology is designed to provide the beneficial properties of our non-replicating technology, but to induce an even more robust immune response,” the spokesperson added. “Unlike naturally occurring arenaviruses, which have two genomic segments, our replicating constructs were engineered to have three segments in order to allow for the introduction of genomic space in which to insert additional target antigens of choice. As a result of the larger genome, the virus’ ability to replicate is reduced (attenuated).”

Mice that cleared tumors after the therapy were protected from tumor re-challenge. When researchers expanded on the data observed with single-vector therapy, alternating two-vector therapy induced an even higher T cell response and more efficient tumor control. 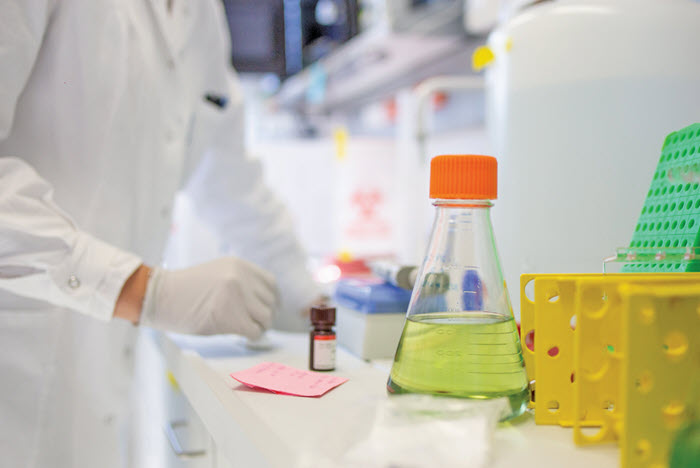 “HOOKIPA’s alternating, two-vector therapeutics are one of several approaches the company is exploring based on its proprietary arenavirus platform. One compound, HB-201, uses the LCMV [lymphocytic choriomeningitis] arenavirus as a backbone, while the other compound, HB-202, uses the PICV [Pichinde] arenavirus,” the HOOKIPA spokesperson said. “Both have been engineered to express the same antigen, an E6/E7 fusion protein derived from Human Papillomavirus positive 16 (HPV16+) cancer.”

The spokesperson states the company is “currently evaluating our alternating, two-vector therapeutics in an ongoing Phase 1/2 clinical trial with HB-201 and HB-202. In December, we shared interim Phase 1 data on HB-201 for the treatment of advanced HPV16+ cancers, which showed promising anti-tumor activity and favorable tolerability as a monotherapy.”

Head and neck cancer that was resistant to currently available therapies – platinum therapy or PDL1 immunotherapy – responded well to the new monotherapy. In most cases, the cancer stabilized.

“The data published in Cell Reports Medicine provide the scientific substantiation for the ongoing clinical trial of our alternating two-vector therapy for HPV16+ cancers, as well as for advancing to prostate cancer. Given the compelling early clinical data reported in 2020 on our replicating and non-replicating technologies in oncology and infectious diseases, respectively, we’re excited to continue to explore the potential of our proprietary arenavirus platform in delivering novel therapeutic options for several areas of unmet need,” the spokesperson concluded.

Q&A: The challenges of a vaccine for COVID-19

Q&A: The challenges of a vaccine for COVID-19