A naturally occurring nanoparticle yields a new type of vaccine that offers broad-acting protection against emerging SARS-CoV-2 variants. With further development, the approach may lead to a pan-coronavirus vaccine.

Without realizing it, scientists have been preparing for the COVID-19 pandemic for years. In 2012, Middle Eastern Respiratory Syndrome (MERS), a disease caused by a coronavirus, prompted the United States National Institute of Allergy and Infectious Diseases (NIAID) to develop a program dedicated to better understanding and preventing coronavirus infections. 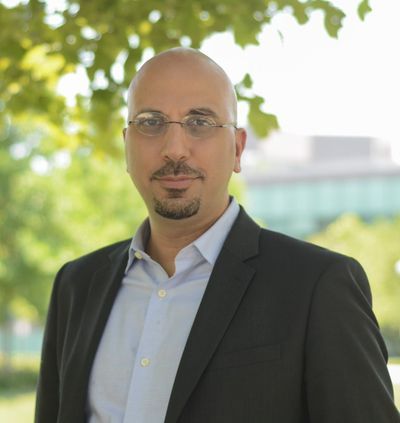 Kayvon Modjarrad, the founding director of the Emerging Infectious Diseases Branch at the Water Reed Army Institute of Research developed a new type of SARS-CoV-2 vaccine with broad-acting protection against SARS-CoV-1 and SARS-CoV-2 variants of concern.

“Many of these things, in a scary way, are left to serendipity. We may not be that lucky next time around,” said Kayvon Modjarrad, director of the Emerging Infectious Diseases Branch at the Walter Reed Army Institute of Research (WRAIR). “We have to invest in strategies that address multiple families of pathogens, not just coronaviruses.”

During the MERS epidemic, Modjarrad worked as a research fellow in Barney Graham’s laboratory at the NIAID, where he developed broad-acting vaccine platforms to protect against multiple strains of influenza. Modjarrad also led the NIAID’s coronavirus research efforts for about a year before moving to WRAIR to build a new unit dedicated to emerging infectious diseases.

“One of the founding principles that I tried to instill in this new unit was the development of vaccine platforms that were addressing families of pathogens and not individual pathogens,” said Modjarrad. He recruited his former colleague and expert structural biologist Gordon Joyce to the program. With the emergence of SARS-CoV-2, Modjarrad and Joyce applied the knowledge they gained developing broad-acting vaccine platforms at the NIAID for MERS and influenza to developing a novel, more potent SARS-COV-2 vaccine with broad-acting protection against existing coronaviruses and emerging SARS-CoV-2 variants (1).

To develop the new vaccine, Modjarrad and Joyce turned to a naturally occurring molecule called ferritin. Ferritin is a highly conserved iron-carrying protein that self-assembles into a spherical particle with 24-units that can each be conjugated to an antigen. Modjarrad and Joyce bound multiple copies of the SARS-CoV-2 spike protein to a ferritin molecule and mixed the ferritin-fusion recombinant protein with a liposomal formulation to serve as an adjuvant. 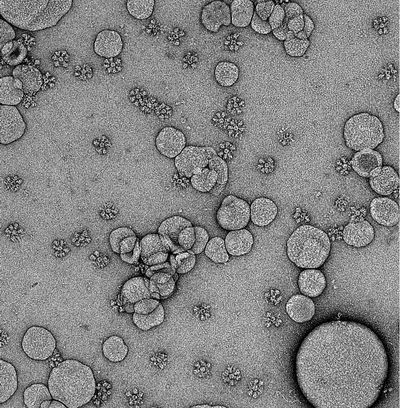 “The design phase is always the most difficult part, and we accelerated — probably just by pure grit and determination with a small group — two years of work into the span of a few months,” said Modjarrad. His research team tested more than 200 design constructs in almost 2000 mice before settling on a primary candidate. They dubbed their new SARS-CoV-2 vaccine Spike Ferritin Nanoparticle (SpFN).

To test SpFN’s efficiency, they injected two doses of their vaccine four weeks apart into 32 male and female SARS-CoV-2 naïve rhesus macaque monkeys. Four weeks after the last injection, Modjarrad and Joyce exposed the animals to SARS-CoV-2 and investigated their immune responses.

The secret behind the potent response elicited by the SARS-CoV-2 ferritin-based vaccine likely lies in its ordered spike protein presentation to the immune system. Most vaccines present one copy of an antigen, but ferritin’s unique structure allows researchers to present multiple copies of the antigen in a single molecule. This trains the immune system to better recognize the invading pathogen and yields a stronger immune response than traditional vaccine approaches.

“When you look at the ferritin-spike nanoparticle with electron microscopy, it has this central core and spikes decorating around it, just like the virus,” said Modjarrad.

He believes that the virus-like structure of the ferritin nanoparticle enhances the body’s immune reaction by initiating viral responses. But SpFN’s potency wasn’t the only surprise for the researchers. SpFN also yielded cross-reactive protection against an existing coronavirus and two emerging SARS-CoV-2 variants.

“I was most excited when I saw the antibody responses against SARS-CoV-1 elicited by this vaccine,” said Modjarrad. “When I saw that, I thought, wow, this really may be a powerful platform.”

The findings were particularly surprising because the ferritin nanoparticle presented the spike protein for only SARS-CoV-2. The sequence identity for SARS-CoV-1 was at least 30-35% divergent.

Modjarrad’s team is still teasing apart the source of SpFN’s broad-acting protection. One possibility is that presenting the same antigen multiple times causes B cells to interact with the antigen repeatedly, which may induce the production of antibodies with cross-reactive potential. Another possibility is that the adjuvant may help to better recruit T cells that provide a broader response.

The SpFN vaccine has another important advantage over currently available SARS-CoV-2 vaccines: stability. It can be stored in the refrigerator for six months and even at room temperature on a laboratory bench for a month without degrading. Modjarrad and his team even tested its stability at 104-degrees Fahrenheit and observed only a 10% decrease in SpFN antigenicity.

“We're going for a global vaccine, something that can be put in a cooler on the back of a motorcycle in the Amazon or the Sahara or the hot and humid environments of South Asia,” said Modjarrad.

In April 2021, Modjarrad and his team initiated the first clinical trial to test the efficacy of the SpFN vaccine in humans (2). “I talk about the emerging infectious diseases program that I am the founding director of as sort of a startup. It's like a little biotech startup in the largest bureaucracy in the world, The Department of Defense,” said Modjarrad. His team had the prototype of their vaccine ready in June 2020, but like any small enterprise, had to work out the manufacturing, clinical trial sponsorship, and other challenges along the way.

“It’s not just the science that has to be pre-positioned. It’s all these other aspects of the process development that have to all be aligned and in place before these outbreaks occur,” said Modjarrad. “Those little details no one knows about will make or break a vaccine program.” Modjarrad and his team eventually got the momentum they needed and are moving ahead full-charge.

If the trial succeeds, the vaccine will likely advance to phase II studies in other parts of the world. “It also gives us the confidence to start developing next-generation designs that address multiple coronaviruses, and not just ones that are in humans now. We're going to be designing next-generation vaccines that take into account those bat coronaviruses that haven't yet emerged,” said Modjarrad.

In one such next-generation strategy, Modjarrad and his team are conjugating multiple antigens from different coronaviruses species to a single ferritin nanoparticle. A vaccine with this design with different SARS-CoV-2 antigens would elicit a truly heterotypic immune response across a family of viruses.

Modjarrad and his team also plan to isolate and transfer the IGG antibodies produced by humans during the SpFN clinical trial into animals. They will then challenge the animals with a variety of SARS-CoV-2 variants and SARS-CoV-1. “If the antibody response that [SpFN] elicits protects against SARS-CoV-2 variants and SARS-1 in animal models then, ‘wow,’” said Modjarrad.  “Then we already have a pan-sarbecovirus vaccine.”