Ena Respiratory, an Australian-based clinical stage pharmaceutical company focused on preventing and treating respiratory infections, developed a nasal spray that prevents viruses, including SARS-CoV-2, from multiplying in the throats and noses of ferrets.

The spray entered into a Phase 1 human safety study in July. It works by targeting specialized receptors in the upper respiratory tract to mobilize the innate immune system prior to exposure, priming the immune system to eliminate the infection when it later encounters the virus.

“The whole premise of the drug is to prevent that virus from getting into the lung,” said Francesca Mercuri, an immunologist at Ena Respiratory and a senior author of the study.

In previous studies in mice and using human and mouse epithelial cells, Ena Respiratory scientists showed that their compound, INNA-X, protects the lungs against influenza (1) and rhinovirus infections, in part by reducing cellular viral burden (2). To test the prophylactic efficacy of the spray against COVID-19, the team of researchers challenged ferrets with SARS-CoV-2 infection after administering two doses INNA-051, a slight variation of INNA-X. 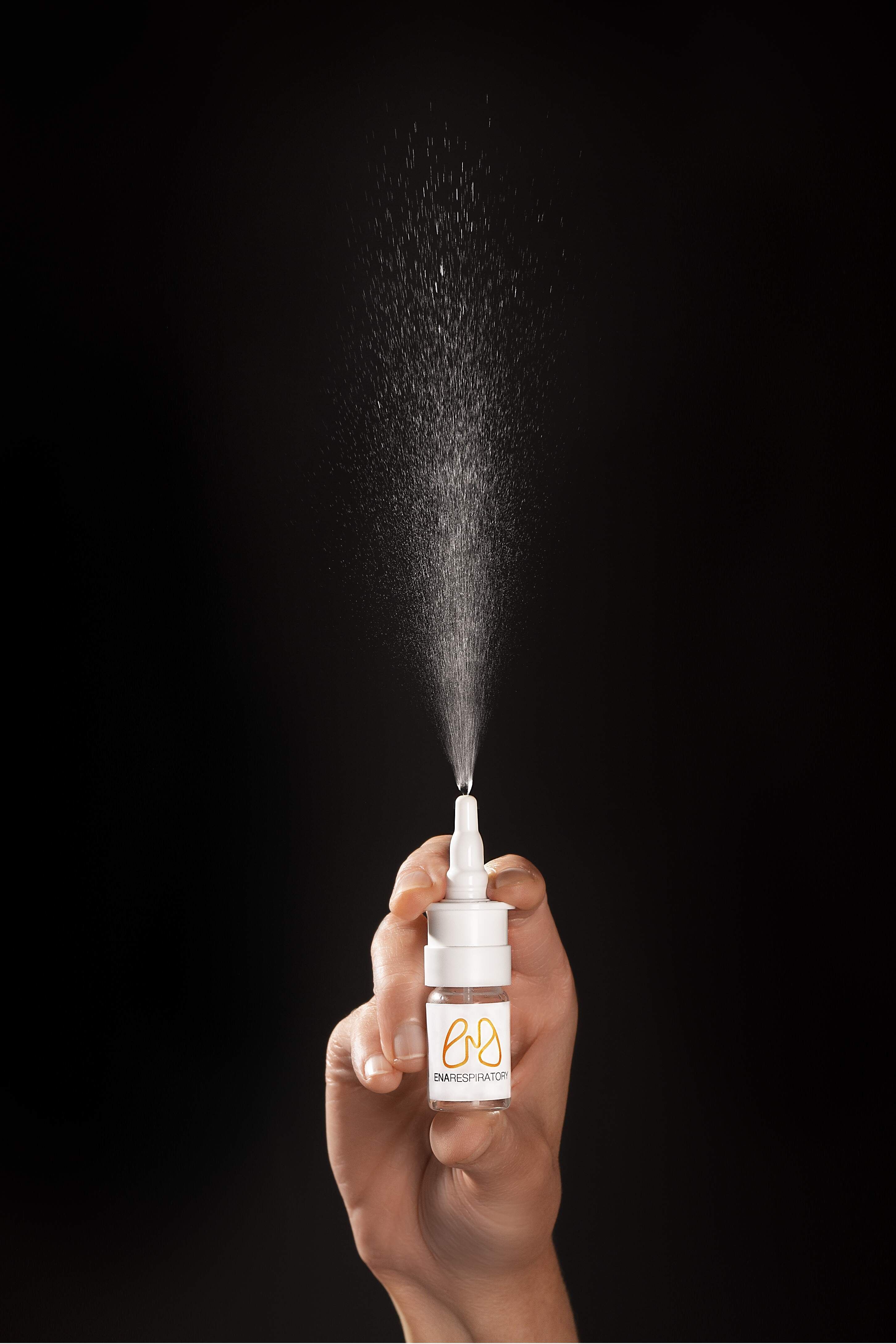 Compared to animals that didn’t receive the prophylactic spray, nose and throat swabs from the treated ferrets contained lower amounts of viral RNA three days after SARS-CoV-2 exposure, and a more than 90% reduction in viral RNA five days after exposure (3).

INNA compounds target toll-like receptors (TLR), a class of immune-related proteins in the upper respiratory tract that are highly conserved among vertebrates. Previous studies in mice showed that when the INNA compound targets TLR2/6 on the surface of epithelial cells, it causes them to release cell signaling molecules that upregulate antiviral and antimicrobial genes and recruit macrophages, the immune system’s garbage disposals.

“Although they can't replicate the virus, they can definitely take in the virus. So [the macrophages] would potentially act as a reservoir; the cell will die with the virus inside it before it can replicate,” Mercuri said.

“There's clearly a robust decrease in the viral load in these animals using an antiviral antagonist,” said Seema Lakdawala, a virologist at the University of Pittsburgh, who was not involved in the study. Although she acknowledged that there are trade-offs with every animal model, she wasn’t convinced that the compound would prevent infections in humans. “The ferret model is not suited to assess severe pathogenesis of SARS-CoV-2.” Still, she thinks that targeting conserved antiviral responses is a great strategy.

Mercuri is interested in a transmission study, but her main focus is moving INNA 051 through safety studies with the goal of developing a product to prevent COVID-19 and other respiratory viral infections from reaching the lung. The company plans to test the spray in close contacts of COVID-19-positive individuals in a Phase 2 study once the Phase 1 safety study concludes later this year.

“It's an important proof of concept. Do I think that this is going to translate to humans? I'm not a hundred percent certain,” Lakdawala concluded.

Atossa shares Phase 1 results for AT-301

Atossa shares Phase 1 results for AT-301

The omicron variant forces scientists to change their course

The omicron variant forces scientists to change their course

COVID-19 may trigger an autoimmune response

COVID-19 may trigger an autoimmune response