JERSEY CITY, NJ—SCYNEXIS, Inc. has announced a partnership with Amplity Health in connection with the anticipated US launch of Brexafemme. Amplity is a global contract commercialization organization that specializes in designing, implementing, and managing customer facing and inside sales, service, medical, and clinical teams.

Brexafemme is the expected trade name for the oral antifungal ibrexafungerp, a candidate for the treatment of vulvovaginal candidiasis (VVC). The New Drug Application for ibrexafungerp is currently under review by the FDA, with a Prescription Drug User Fee Act action date of June 1, 2021. If approved, Brexafemme would be the first novel antifungal class in over 20 years, and the first non-azole treatment for vaginal yeast infections.

“We are thrilled to enter into this strategic partnership with Amplity Health, leveraging its commercial capabilities and established infrastructure while preserving cash by deferring a portion of the commercialization costs of Brexafemme until 2023,” said Dr. Marco Taglietti, president and CEO of SCYNEXIS. “We look forward to working with an Amplity women’s health sales force and payer account management team fully dedicated to help realize Brexafemme’s blockbuster potential.”

Under the terms of the 5-year agreement, SCYNEXIS will utilize Amplity’s commercial execution expertise and resources for sales force, remote engagement, training, market access, and select operations services. Amplity plans to defer a portion of its direct service costs in the first two years (2021 and 2022) up to an unspecified cap, which SCYNEXIS will repay over three years beginning in 2023. Amplity could also earn a performance-based success fee in the 2023-2025 time frame by exceeding certain revenue targets. SCYNEXIS maintains full ownership of Brexafemme, control of all strategic aspects of the launch, and has the right to terminate the agreement, including upon a change of control.

“We have been closely following the development of this novel antifungal and believe it is a differentiated product poised to make a difference in the field of women’s health. We are excited to partner with SCYNEXIS to support the U.S. commercialization of Brexafemme and believe the deferred-costs and success fee arrangements will greatly benefit both companies,” noted Mike Griffith, CEO of Amplity Health. “Our experienced team has a successful track record that spans over three decades of bringing therapeutic products to market and we are confident in our ability to achieve and exceed our goals.”

Ibrexafungerp has benefitted from FDA Qualified Infectious Disease Product (QIPD) and Fast Track designations for the treatment of VVC, and the prevention of recurrent VVC. With these designations, the drug will receive five years of market exclusivity in the US, in addition to five years of exclusivity as a new chemical entity. And Brexafemme is covered by a composition-of-matter patent, with anticipated protection — including patent term extension — until 2035, for a total of almost 15 years of commercial exclusivity in the US.

“Of the 9.5 million women in the U.S. who received a prescription for VVC in the previous year, about 40% of them required multiple prescriptions, illustrating that many patients’ symptoms are not adequately addressed by existing azole treatments. These patients and their doctors are eager for a new and differentiated alternative to treat vaginal yeast infections,” reported Jim Maffezzoli, vice president of Sales and Marketing for SCYNEXIS. “Brexafemme has the potential to be that alternative and help millions of women. We are excited to partner with the Amplity team and leverage their commercial expertise and ability to bring Brexafemme, once approved, to the market.”

Ibrexafungerp advances the fight against fungus

Ibrexafungerp advances the fight against fungus

A margetuximab agreement for MacroGenics and EVERSANA

A margetuximab agreement for MacroGenics and EVERSANA 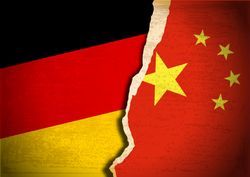 An agreement to advance BITR2101

An agreement to advance BITR2101