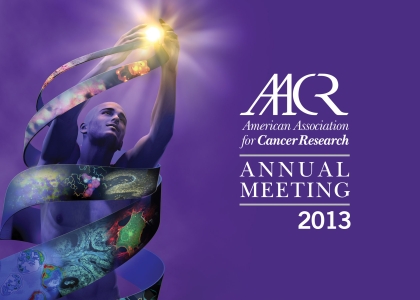 draw, along with the chance to network with peers. For this year's annualmeeting of the American Association for Cancer Research (AACR), though, it'salso a chance to raise thousands of voices in support of research funding.
"One of the most notable aspects of this year's meeting isthe addition of the Rally for Medical Research. We'llbe taking time out from the meeting to step out for a couple hours and rallywith other organizations and stakeholders for support of research in all kindsof indications," explains Dr. Frank McCormick, AACR's president. "We're joining forces with multiple groups representingmany different diseases and advocacy groups to make a loud and impassionedstatement that we need to invest more in medical research across the board.We'll be using this opportunity to be in D.C. to take that message to thestreets."
The Rally for Medical Researchwill be held on Monday, April 8, at 11 a.m. in and around the steps of theCarnegie Library in Washington, D.C., where it is expected that thousands ofadvocates, survivors, researchers, clinicians, business leaders and members ofthe general public will journey to, as AACR notes on its website, "speak withone voice" and "unite millions of Americans across the country to call on ournation's policymakers to make life-saving medical research funding a nationalpriority. This unified call to action will raise awareness about the criticalneed for a sustained investment in the National Institutes of Health, a vitalfederal agency that improves health, spurs more progress, inspires more hopeand saves more lives." 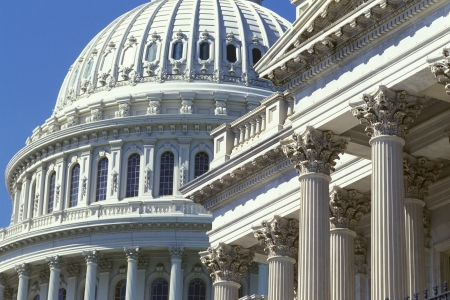 Because the AACR is an activeparticipant in this unified call to action, the schedule of the AACR AnnualMeeting 2013 had to be revised slightly, most notably resulting in a change toexhibit hours, which are now 12:30 p.m. to 5:00 p.m. on Sunday and Monday, 8a.m. to 5:00 p.m. on Tuesday and 8 a.m. to noon on Wednesday.
Of course, as big as that rallyinvolvement is, it represents only a tiny part of the time for the AACR AnnualMeeting 2013, which will be held April 6-10 at the Walter E. WashingtonConvention Center in Washington, D.C., under thetheme "Personalizing Cancer Care Through Discovery Science."
"One of the things we're covering this year a lot is thepersonalized cancer medicine area. There is also a lot of focus on genomics inthis year's program, for things like drug discovery, personalized medicine,tumor heterogenicity and more," says Dr. José Baselga, the AACR Annual Meeting2013 program chairperson. "There will be a lot of clinical trialspresented—including first-in-human trials—with some of the new compounds andnew targets in Phase II and Phase III. AACR is becoming the place where a lotof the cutting-edge research gets unveiled. We're also going to see a lot ofcoverage of early-stage trials with interesting targets and compounds. A lot ofthese trials will be practice-changing, I believe."
In terms of the content of the meeting, Baselga is a worldleader in clinical research, notes McCormick, "so there is at least a slightincrease in emphasis this year on early-stage clinical trials and clinicalresearch. Also, we have people from both the biotech world and big pharma onour organizing committees and there is a huge interest in how new target agentsare going into clinical now, so there has been a lot of encouragement to covera lot of early-stage and clinical trials this year."
Baselga says that one topic thatwill get hit quite heavily this year is the personalized cancer medicinearea.
Generally, the meeting is quite comprehensive in bringingpeople up to date with prevention, the molecular basis of cancer and newtreatments, among other topics, McCormick notes, but he adds that areas ofparticular popularity right now are immunotherapy and epigenetics.
"Another area that's gaining a lot of traction is ourspecial track on regulatory affairs, which I think people in drug developmentparticularly appreciate," McCormick adds. "The track was very well-attendedlast year, and we try to build on those kinds of successes, so we have thattrack again this year and expect it to be a popular one."
McCormick also notes that the AACR is looking at social networkingand how to make that more effective for the annual meeting and, more broadly,for cancer research.
"It will be a bit of an experiment and a way of addinganother element to AACR. We're looking to make the meeting a richer and betterexperience," he says. "It's going to be a surprise exactly how we implementthat social networking for the meeting, but I will say that one thing I wouldlike to see is social media being able to help put people together in researchand help you find out who else is working in your area of expertise orinterest."
In that vein, McCormick says, attendees should look forAACR's social networking experiment to make the meeting more effective as acommunication tool in addition to the educational and exhibit aspects. 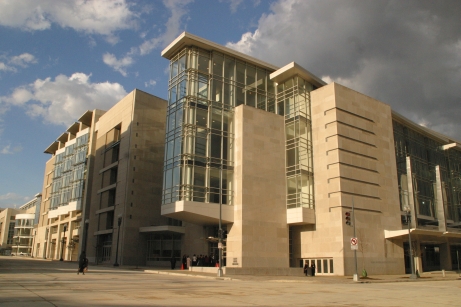 So far, registration for the 2013 meeting is upsignificantly compared to last year, McCormick reports. Although the numbersare still coming in, he says it looks like this meeting will be a huge success,adding, "It helps to be in a great venue like D.C., but we're also building offmomentum from the past. Each meeting is better than the last as we learn morewhat people want and respond to that."
Baselga agrees, adding that based on the number of peoplewho have already registered, it will probably be AACR's largest meetingever—close to 18,000 people attending most likely and well over 6,000abstracts.
"If you need to have the pulse of the field in terms ofcancer drug discovery, this is the place to be—this is the place where a lot ofclinical compounds are being presented in poster sessions and discussions aboutnew targets, challenges and opportunities," Baselga concludes. "It's thelargest meeting for that, and a tremendous opportunity for doing networkingwhen you have so many cancer experts in one place."
"For many people both overseas and in the U.S., this is theone big meeting of the year that they will attend, and the great advantage ofit is that is covers every aspect of cancer research—the latest and greatestdevelopments across the spectrum," McCormick says. "It's really the bestopportunity to get a complete download of what's happening in the cancerresearch world."
AACR NEWS BRIEFS:
AACR strongly represented in inaugural Breakthrough Prizein Life Sciences
PHILADELPHIA—With AACRPresident-elect Dr. Charles L. Sawyers among the 11 winners—and nine of thewinners being members of the American Association for Cancer Research(AACR)—the AACR on Feb. 22 congratulated the recipients of the firstBreakthrough Prize in Life Sciences. The award recognizes scientists for theirachievements in the life-sciences field and provides them with the opportunityand freedom to continue their important pioneering research into curingdisease, with each recipient receiving $3 million toward that end.
"The AACR extends sincere congratulationsto each winner of this award," said Dr. Margaret Foti, CEO of the AACR. "All ofthese scientists have made remarkable contributions in their fields. Each oneundoubtedly has more to offer the scientific community and the public, and thisaward will ensure that they continue to pursue their cutting-edge research. Weare especially proud to see so many AACR members recognized, because theircommitment to accelerating research to prevent and cure cancer is invaluable."
AACR members who received theBreakthrough Prize in Life Sciences in addition to Sawyers were Dr. DavidBotstein of Princeton University; Dr. Lewis C. Cantley of Weill Cornell MedicalCollege and New York-Presbyterian Hospital Cancer Center; Dr. Hans Clevers ofthe Hubrecht Institute in The Netherlands; Dr. Napoleone Ferrara of theUniversity of California, San Diego; Dr. Titia de Lange of RockefellerUniversity; Dr. Eric S. Lander of the Broad Institute of MIT and Harvard; Dr.Bert Vogelstein of Johns Hopkins University; and Dr. Robert A. Weinberg of theMassachusetts Institute of Technology. The other two recipients were Dr.Cornelia I. Bargmann of Rockefeller University and Dr. Shinya Yamanaka of theGladstone Institutes and Kyoto University—who was also a 2012 Nobel Prize recipient.
Biomarker may ID neuroblastoma sensitive to BET bromodomaininhibitors
PHILADELPHIA—The AACR noted onFeb. 21 that neuroblastoma, the most common malignant tumor of early childhood,is frequently associated with the presence of MYCN amplification, a geneticbiomarker associated with poor prognosis, and that researchers have determinedthat tumors containing MYCN amplification are sensitive to a new class ofdrugs, BET bromodomain inhibitors. The results of this preclinical research,funded in part by a Stand Up To Cancer Innovative Research Grant, werepublished in Cancer Discovery, ajournal of the AACR.
"BET bromodomain inhibitors are aclass of drugs that many researchers are hopeful may offer a new therapeuticoption for treating patients with certain cancers," said Dr. KimberlyStegmaier, assistant professor of pediatrics in the Department ofHematology/Oncology at Dana-Farber/Children's Hospital Cancer Center in Boston."The challenge has been identifying biomarkers that can help direct clinicaltranslation of these drugs by pinpointing those patients with the highestlikelihood of response."
To identify genetic biomarkers ofresponsiveness to BET bromodomain inhibitors, Stegmaier and colleagues screenedmore than 600 cancer cell lines with known genetic characteristics forsensitivity to a prototypical BET bromodomain inhibitor. Using thishigh-throughput, cell-based screening process, the researchers found thatneuroblastoma cells in which the MYCN gene was amplified were sensitive to BET bromodomaininhibitors.
To further validate theirfindings, the researchers tested a BET bromodomain inhibitor, from thelaboratory of Dr. James E. Bradner at the Dana-Farber Cancer Institute, usingcultured MYCN-amplified neuroblastoma cell lines and three animal models ofMYCN-amplified neuroblastoma. Together, they found that the drug decreasedlevels of MYCN protein in cultured cells, and that this led to impaired cellgrowth and cell death. In each animal model, including a mouse model ofneuroblastoma that is known to be resistant to many standard therapies, thedrug was shown to have anti-tumor effects and to prolong survival.
MORE AACR 2013 INFO!
Just click here for additional information related to the AACR 2013 conference and more photos related to Washington, D.C.