NEW YORK & CAMBRIDGE, Mass.—May 28 featured notable news from two different companies working in disease modeling. TARA Biosystems and Centogene both released promising updates on their respective progress in moving modeling technology forward. Disease modeling involves utilizing animal or human cells that display all or some of the pathological processes that are observed in the actual human or animal disease. Studying disease models aids understanding of how the disease develops and testing potential treatment approaches, especially in the search for rare disease therapies.
TARA Biosystems, based in New York, provides predictive, in-vitro human cardiac tissue models for use in drug discovery, safety assessment and translational medicine. The company offers a high-fidelity solution that is based on human stem cell-derived cardiac tissue matured to physiologically relevant adult-like levels and provides direct measures of cardiac functionality, including contractile force. TARA is dedicated to pioneering predictive cardiac tissue models that enable faster, safer and more reliable development of new medicines.
On May 28, the company announced an exclusive worldwide license agreement for intellectual property relating to engineered human heart tissues. The relevant technology was developed at Columbia University in the laboratory of Dr. Gordana Vunjak-Novakovic, a leader in the field of engineering functional human tissues for regenerative medicine—she is also one of the most highly cited individuals across all scientific and engineering disciplines.
“We are very pleased to enter into this exclusive license with TARA, which has been a core part of the rapidly growing NYC life sciences startup ecosystem,” said Orin Herskowitz, executive director of Columbia Technology Ventures, the technology transfer arm of Columbia University. “We are excited to be a part of TARA’s current and future success.”
Together with a former trainee, Dr. Milica Radisic, Vunjak-Novakovic co-founded TARA Biosystems. Radisic developed the patented Biowire II platform, for which TARA is the exclusive worldwide licensee, which propels TARA’s modeling work in search of cardiac health and drug discovery.
“I have great confidence in the TARA team and their ability to deliver on the promise of our intellectual property,” commented Vunjak-Novakovic. “We are inspired by the same mission to help improve the lives of patients and their families through safer and more effective therapies.”
Meanwhile, in Massachusetts, Centogene released a promising white paper detailing the efficacy of its induced pluripotent stem cells (iPSC) program in accelerating drug development for rare and orphan diseases. The company has amassed some 500 skin biopsies from patients affected by a number of rare metabolic diseases, which are challenging to procure by virtue of their rarity. The exciting promise is that Centogene's library of iPSC cells representing numerous rare diseases can be used as a critical tool for drug discovery by pharmaceutical partners.
“A significant challenge in orphan drug development for rare genetic diseases is the lack of predictive high-throughput compound screening systems, with animal-based disease models often unsuitable and primary patient cells, such as neuronal and cardiac cells, difficult to obtain,” commented Dr. Arndt Rolfs, founder and CEO of Centogene. “By employing iPSC technology, we are offering our pharmaceutical partners disease models that represent the actual human diseases and providing a unique human model for less expensive, accelerated and safer orphan drug development—ultimately to the benefit of our rare disease patients. The combination of our database containing information from more than 300,000 individuals, state-of-the-art bioinformatics including machine-learning algorithms and big data tools for pattern recognition, and our expertise in cohort identification, genetic testing, biomarker development and clinical studies is now complemented by an in-house iPSC program for orthogonal target validation as well as further biomarker discovery.”
Both TARA Biosystems and Centogene are adding to a global framework to study disease progression and treatment, generating key models to foster and facilitate research from various angles. Such innovative disease modeling tools will allow innovators at universities, pharmaceutical companies and other scientific research companies to drive the research forward.

Out of order: A season of hope

Out of order: A season of hope 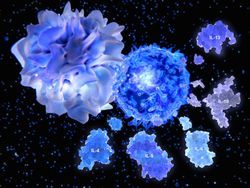 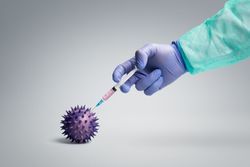